The Trayvon Martin wrongful death protest has moved to the U.S. House of Representatives. Religion Dispatches reported on March 28, 2012: "Democratic Rep. Bobby Rush, of Illinois, was escorted off of the House floor on Wednesday after donning a hoodie and sunglasses in honor of slain teenager Trayvon Martin."

'Racial profiling has to stop, Mr. Speaker. Just because someone wears a hoodie does not make them a hoodlum,' Rush added, swapping his spectacles for a pair of sunglasses."


Presiding speaker of the chamber, Rep. Gregg Harper of Mississippi, called Rush out of order and had him removed from the chamber as Rush read Micah 6:8 and Luke 4:18-20. See the incident on the first of two embedded videos, which are followed by news about the police shooting of another black man, seven links and one picture: "Justice Mountain." Unarmed black men and boys are killed regularly. The latest victim that I know about is 19-year-old college student, Kendrec McDade, of Pasadena, California. He was killed by police a week ago. Part of McDade's story is below.

A video by CBS shows Rep. Rush reading the Bible to Congress ( http://www.cbsnews.com/video/watch/?id=7403566n ), saying:  "He has shown you, O mortal, what is good. And what does the LORD require of you? To act justly and to love mercy and to walk humbly with your God." ~Micah 6:8

"The Spirit of the Lord is upon me, because he hath anointed me to preach the gospel to the poor; he hath sent me to heal the brokenhearted, to preach deliverance to the captives, and recovering of sight to the blind, to set at liberty them that are bruised, To preach the acceptable year of the Lord. And he closed the book, and he gave it again to the minister, and sat down. And the eyes of all them that were in the synagogue were fastened on him." ~Luke 4:18-20

Sometimes the system does not wait until black males are teenagers. See the arrest of a tearful 7-year-old in the video below or at YouTube http://youtu.be/idO07rk5YVY . The little boy asserts that he "understands" his rights, but 25% of wrongful convictions result from false confessions by children and the mentally ill:

While the nation's eyes are on Florida and the Trayvon Martin case, more black youths are killed in America in similar incidents - no crime and no weapon. Kendrec McDade, a 19-year-old college student, was shot and killed last weekend by a police officer in Pasadena, California for "walking while black." Los Angeles Times reports:

"The fatal shooting of a college student by a Pasadena police officer on a dark street last weekend has stirred community concerns and prompted the police chief to call for an independent investigation. The officer shot 19-year-old Kendrec McDade while sitting in the driver’s seat of his police cruiser in a narrow alley in the city’s Northeast district about 11 p.m. on Saturday. Police were chasing two people who they believed were armed and had stolen a laptop computer. But authorities have recovered neither a gun nor a computer from the scene.
********
I am pleased about the attention congressional representatives, civil and human rights organizations, churches, and people throughout the community give regarding justice for Trayvon Martin. However, as the sister of a police murder victim whose death is ignored or suppressed by some of the same people and the media, I have to wonder at the outpouring of support for Martin. I also wonder whether Anya Slaughter, McDade's mother, will receive the same level of support that Martin's family has regarding her son's death by police. With young black men being slaughtered regularly in America, how do officials and others decide which murders will get sympathy, which killers will be held accountable, and even which deaths will be covered-up? It is perplexing. Would Zimmerman be exposed and as sharply criticized by these same individuals if he were an actual police officer? This article has two embedded videos and five links. Select "go to page 1" if you are using a cell phone, please.

Advocate for equal justice, Mary Neal, director of Assistance to the Incarcerated Mentally Ill http://www.care2.com/c2c/group/aimi Christian activist advocating Dog Justice for the Mentally Ill http://DogJusticeforMentallyIll.blogspot.com  - Please visit the websites at these two links regarding the mentally ill, who comprise 1.25 million inmates. They are a class of people who get caught in the system without much regard to race. Some of their stories and videos about them and their families are available at these two websites. We solute the U.S. Justice Department for its recent decision to support Assisted Outpatient Treatment (AOT) programs for community care. Programs like Laura's Law have been proved to reduce rates of incarceration, hospitalization, homelessness, and arrests by up to 85% among New York program participants compared to program participants' experience three years before joining the AOT program. Psychiatric care and drug therapy are mandated rather than being left up to a mentally unstable person to decide. AOTs also provide subsistence assistance for mental patients who require help with basic needs like food and shelter.

Your comments and questions are invited in the comments field below. Please share this article in whole or in part, giving credit to the source. The link for "Trayvon Martin Protest in U.S. Congress" is http://freespeakblog.blogspot.com/2012/03/trayvon-martin-protest-in-us-congress.html  - Thank you for your interest in justice issues from this laywoman's perspective. See more justice articles listed in the blog indexes for FreeSpeakBlog and MaryLovesJustice blog, JusticeGagged blog, HubPages, NowPublic.com and various online news sites. Google "MaryLovesJustice." Please join us every week night at Blogtalk Radio for Exploratory Committee discussions with Dr. Shirley at 11pm EST. Please join us at the Rev. Pinkney Blogtalk Radio Show on Sundays at 5pm EST.  This writer gives credit to Afrikan Judicial and Police Observer, a Facebook group, for informing me about the shooting death of Kendrec McDade and the tearful seven-year-old black child's arrest on video. We congratulate Rep. Rush for his bold demonstration of support for Trayvon Martin and look forward to Congress and the U.S. Department of Justice actually obeying Micha 6:8 and Luke 4:18-20 regarding justice and compassion for ALL. The Bible says, "Be DOERS of the Word and not hearers only." My family will be first to know if there is ever any Change. Blessings!

For we are sold, I and my people, to be destroyed, to be slain, and to perish. ~Esther 7:4 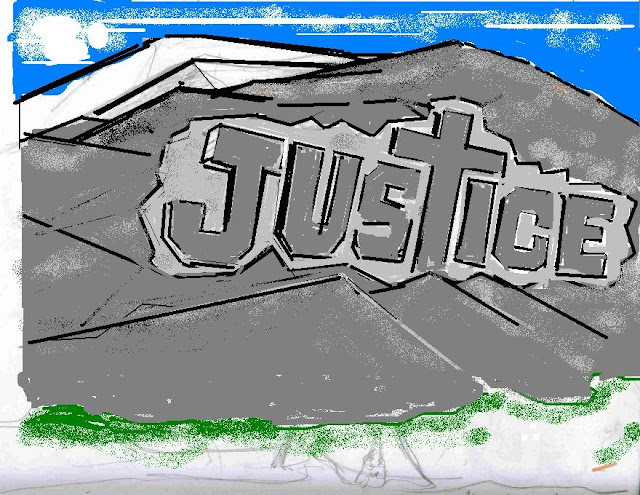 Posted by MaryLovesJustice Neal at 5:30 AM

My readers are familiar with my cyberstalking problem. When I copy/paste my articles, the coding that is invisible on my view of the finished document show up wherever I paste the data. Sometimes, large spaces appear. The extra space is not really empty. It is a field that cyberstalkers pull data into, then it ceases to be visible to people who access the article, comments, videos, or photographs. In this article, the white space appears on copying, and it is directly above the subtitle "The verses Rep. Rush read." I cannot know until I ask someone using a different IP address whether stalkers removed the paragraph right before the white space, wherein I informed readers there should be seven links, two embedded videos, and one photo, or if stalkers stole Rush's bible verses. The stalkers do not want you to know what data should be in the article, and they work for someone with an aversion to the Holy Scripture. Therefore, it could be that cyberstalkers plan to make both disappear.

My computer security system shows the IP addresses that do the hacking, but it cannot stop them. I reported the crimes against my First Amendment rights to police in Georgia, America's most corrupt state. However, neither local police nor the USDOJ will address the crimes. It does not matter to authorities that cyberstalking is illegal in U.S. Code and Georgia law. Law enforcement traced Sarah Palin's cyberstalker and sentenced him to a year behind bars. However, Palin is wealthy and white, and I am black and poor, thanks to cyberstalkers stealing my job applications and responses that are transmitted through my email account. Therefore, there's a Change needed, wouldn't you agree?