How do you feel about people in the USA being detained based on police suppositions that they have a high likelihood for future crimes? INDEFINITE DETENTION WITHOUT CRIMES, CRIMINAL CHARGES, OR DEFENSE IN ARIZONA ~It all begins with the mentally ill. Arizona is the latest to begin using pre-crime models to supposedly thwart attacks by those who are “near the breaking point.”

The video embedded below highlights how mental health police units look to harvest everything from medical records to gun purchases to online posts. Citing the crimes of Jared Loughner and Elliot Rodger, these units are being given the green light with new legislation to involuntarily detain those who are flagged.


As long as police use this power only to detain people in mental distress, it has the potential to benefit persons experiencing mental health crisis as well as their families and communities. People who have mental illnesses are usually denied treatment. Stringent restrictions ordinarily prevent families from involuntarily committing their members who need psychiatric treatment. In fact, mental hospitals have closed or downsized throughout the country to the point that inpatient treatment is nearly impossible even for voluntary commitments. Since Medicaid insurance was withdrawn for psychiatric inpatients in the 1970s, taxpayers have paid billions of dollars each year to warehouse mentally challenged people in the nation's jails and prisons rather than using much less money to improve community care and make hospitalization available for short-term and long-term psychiatric treatment.

Prison profiteering is spreading throughout America like an airborne disease. Care must be given to avoid civil and human rights abuses under this new psychiatric law. Psychological research studies have proved repeatedly that police perceive black youths as being perspective criminals. In the absence of stringent oversight, the new police powers to detain people who are not suspected of having done any crime whatsoever could be misused against minority populations and poor people.

Consider what happened to a police officer in New York when he reported corruption in the New York Police Department. This could also happen in other places to other people: "NYPD Officer Sent To Psych Ward By Superiors After Reporting Corruption"
http://gawker.com/5892115/nypd-officer-sent-to-psych-ward-by-superiors-after-reporting-corruption

According to the news video above, people who are detained under this law in Arizona are taken for psychological evaluations and not to jails or prisons, where 1.25 million mentally ill Americans wrongly endure incarceration as criminals. The law should state that at no point will people be jailed in the absence of crime. Pre-crime arrests are immoral and illegal according to the U.S. Constitution and Human Rights Law. 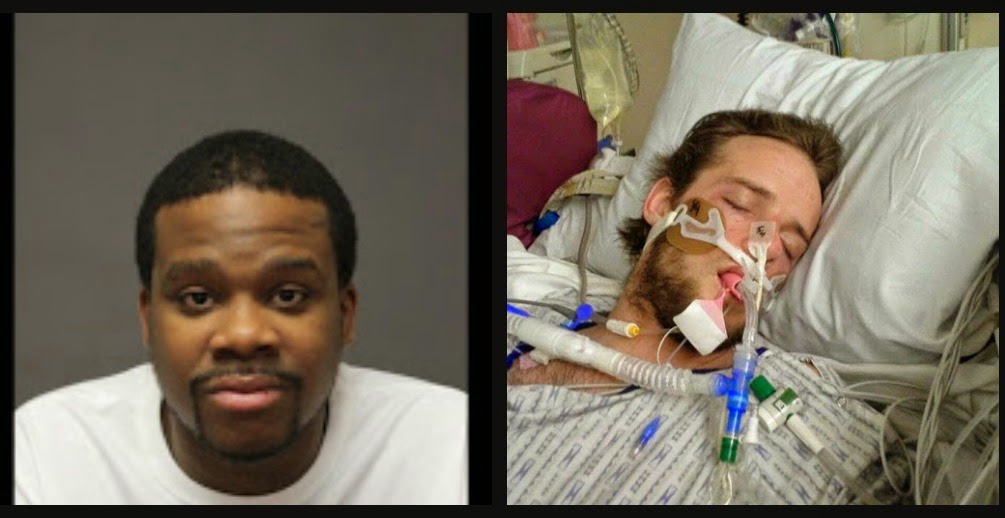 ARE AMERICAN MEN ALLOWED TO REFUSE GAY SEX? That question will be answered in the "Minnesota v. Mark Bowles" case. We will see if prison investors in Minnesota will incarcerate a U.S. veteran for having a mental health crisis after suffering a brain injury he received resisting jailhouse RAPE. This happened during Mark's jail sentence in Anoka County Jail when he should have been an inpatient or outpatient for epilepsy. Our GLBTQ friends of justice also object to rapes of heterosexuals. Mark faces imprisonment for frightening a nurse in his room during an epileptic seizure caused by the head injury after recovering from a coma. Why didn't the state prosecute the inmate who attacked Mark and gave him the traumatic brain injury? See Lewis (the alleged attacker on the right) and Mark Bowles in a coma in the photograph above.

Prison profits are robbing our courtrooms of any sense of reason and respect for justice. One Florida judge physically fought a defense attorney who refused to waive his client's right to a speedy trial. http://youtu.be/rMWlQmea-I0


Mark Bowles has as much right to be a straight man as his attacker has to be gay, Minnesota. Nobody should be beaten comatose for refusing to accept a gay lover, America. Complain to the USDOJ if you agree: Email AskDOJ@usdoj.gov and call (202)514.2000. Mark Bowles goes on trial June 24 for frightening a nurse while having an epileptic crisis, and the judge allegedly said the court will not allow any testimony regarding Mark's diminished mental capacity, which is the only defense Mark has for having a seizure.

More information about "Minnesota v. Mark Bowles" case is at "Mark Bowles: Prosecuted for Epileptic Seizures"
http://dogjusticeformentallyill.blogspot.com/2014/06/mark-bowles-prosecuted-for-epileptic.html
(The article is in our "Dog Justice for Mentally Ill" blog.)

Gay rights are protected in the USA, but whether or not heterosexual rights have similar protections will be decided in "Minn. v. Bowles" on June 24. Censorship seems to be applied to our Twitter notices about this case. Information about Mark Bowles does not appear upon Twitter search for hashtags #gay and #straight. Using those tags, we invited gay and straight people to give opinions on the "Minn. v. Bowles" case by calling (347)857.3293 at 3pm EDT on Sunday, June 22, during the "Human Rights Demand" broadcast on Blogtalkradio. The radio show was taped for future listening and sharing.

Data at the "Dog Justice" blog article includes photographs of Mark before and after his catastrophic injury that resulted from the rape attempt. Hear an interview with Diana Sprouse regarding her son's prosecution at "Human Rights Demand," channel, recorded on Saturday, June 14.
http://hosts.blogtalkradio.com/humanrightsdemand/2014/06/14/release-the-innocent

Gay rights and heterosexual rights should NOT be mutually exclusive. Nobody has the right to rape a man, and no government should prosecute a man for his injuries incurred while resisting rape. Nobody should be prosecuted for having an epileptic seizure under any circumstances.

Note: This article is repeated in the comment field below because of the cyberstalking it experienced. Unfortunately, tyranny is protected by censorship.

UPDATE June 26, 2014: +Diana Beth sent me a message: "He slit his throat!" Her son, Mark Bowles, is on his way now to the hospital. He was convicted by a jury yesterday that was denied hearing any defense Mark could have given for allegedly assaulting a nurse in his hospital room. Actually, he frightened the nurse who fell and bumped her own head. Mark did not touch her. The veteran had an epileptic crisis after coming out of a coma caused by a traumatic brain injury he suffered while fighting off a jail inmate who wanted to rape him. The jury was allowed to know none of this. All defenses related to Mark's diminished capacity were reportedly squashed by Judge Frank Kundrat. The jury reportedly sent questions to the court, including: 1) Was Mark Bowles mentally ill? 2) Was Mark Bowles on medication that may have contributed to his offenses? The judge refused answers to the jury questions.America presently has more than 1.25 million mentally ill inmates. The wrongful conviction of Mark Bowles, a U.S. veteran and epileptic patient, helps explain how it happened.

OUR ANSWER: NO, AMERICAN MEN HAVE NO PROTECTED RIGHT TO REFUSE GAY SEX.

GOD BLESS AMERICA WITH JUSTICE FOR ALL, INCLUDING HETEROSEXUALS. 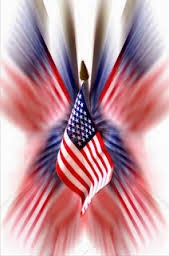 Posted by MaryLovesJustice Neal at 10:48 AM 9 comments: