Unspeakable Crimes Against Humanity in USA 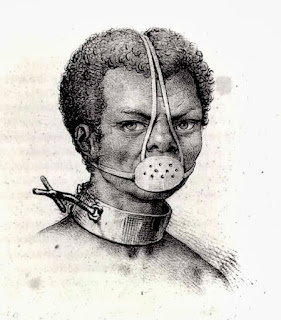 Paragraph 1 of 13.  Records and a video at paragraph 12 below proved that hackers positioned around my home use my own modem to censor me. Access nine(9) links and three(3) photos in this article, which contains 13 numbered paragraphs. I was told that hackers must be within 100 yards to access our modem, but do they also steal our mail? Public utility companies have apparently joined the Neals' financial persecution team. Our power bill, which was never received, experienced roughly 500% increase from May to June. Our water bill from the county was so expensive that we had a company to check for leaks, but none were found. I must check with the Public Utilities Commission to learn if customers are still entitled to have paper bills mailed to their home addresses from telephone and utility companies. AT&T doesn't think so. In fact, none of these companies mailed our bills in months, unless hackers stole them to ensure that we wouldn't be prepared for 500% increases. We have NEVER received a phone bill - AT&T mails it to someone else although I complain at least twice monthly. Neither is the phone allowed to be listed in our last name, lest people access us through information services and speak with us about our siege. Question: Are surveillance teams stealing our utilities as well as using our modem?

Paragraph 2 of 13. Help the Neal family prepare for nasty surprises from phone and utility companies, such as the 500% increase in billing. We are persecuted for asking WHAT HAPPENED TO LARRY NEAL. Thanks in advance for donating at PayPal https://www.paypal.me/HumanRightsDemand Recent incidents wherein hackers apparently redirected phone calls and stole mail (or impressed utility and phone companies not to mail bills) resulted in my family losing power from July 29 to July 31. This was a dangerous circumstance, especially for my 93-year-old mother who depends on her hospital bed to position her upright for meals to avoid choking and flat for diaper changes. The hackers caused her much pain as we accomplished these positions manually, and hackers would have caused taxpayers a sizable hospital bill had our maneuvers been less successful. However, the primary consideration for Georgia Confederates is that she dared sue The Cochran Firm for defrauding her after the secret arrest and wrongful death of Larry Neal, her disabled son.

Paragraph 3 of 13. One must check with authorities like the Public Utilities Commission to see if rules changed. I learned from Detective Miller of DeKalb County Police Department that "It's NOT illegal to censor" me. I must be an exception to laws against taking over people's telephones and computers, etc. When I tried to present the list of seven hackers using my modem, police pretended to think I was crazy and refused to write a police report. Wanting privacy and security regarding one's property are "crazy" concepts. The military should take note. Military people's entire careers are based on security, supposedly (some people have doubts).

Paragraph 4 of 13. I learned from Judge Timothy Batten, USDC Northern District of GA, that it was "immaterial" for The Cochran Firm to defraud my family and pretend to render legal services it did not and never intended to render. I learned from other DeKalb County detectives that it isn't even illegal to pretend to be medical personnel to get into people's homes and sexually assault their elders. Impersonating medical personnel is not illegal in Georgia, apparently, as long as one makes house calls and gains entry under false credentials.

Paragraph 5 of 13. To top it all off, it is apparently legal for police to secretly arrest mentally ill black men like Larry Neal, hold them for 18 days then kill them, but it seems to be illegal for families to tell about it and request investigations and prosecution. In fact, reporting any crimes against humanity in the USA is treated as illegal. Go figure.

Paragraph 6 of 13. People can also sneak around your property with guns drawn or follow you for miles and waylay you at Chevron stations without any fear of action. The U.S. Supreme Court has ruled numerous times that police, who taxpayers pay, have no constitutional obligation to protect citizens. I'm a witness. That is why it is so important to protect the Second Amendment, and it is vital for people to check with authorities to find out what laws have changed in New America and how the changes affect you and your family. I will keep you posted on what I learn. Basically, laws were only enforced to persecute blacks for breathing, anyway.

Paragraph 7 of 13. I must go to the Public Utilities Commission rather than call, because that way I will know that I am actually speaking to the right party. Individuals who take over my phones are somehow able to redirect my calls to other parties, just as one's browsers can be redirected to unwanted websites. I have spoken at length to reps in utility companies only to be told later that the companies have no record of the calls. In fact, my own phone calls are frequently redirected. This has happened when relatives tried to call us. My niece's calls were redirected to a Caucasian man numerous times. He told her there was no Mary Neal at (678)531-0262 and that he wanted her to stop calling him. He was quite irate, but since she originally bought the phone and had the number assigned a decade ago, she kept calling until the white supremacist allowed the call to go through to our home. The worse interference happens when I speak with people about The Cochran Firm frauds they experienced. Two examples are below.

Paragraph 8 of 13. Example A: Hear an interview with Mr. Coleman, father of a stillborn baby girl. Hackers apparently had my phone operating through their own phone to access my conference call when I interviewed Mr. Coleman, another Georgia Cochran Firm fraud victim. This is one of the few instances that I can prove. I spoke to Mr. Coleman, another Georgia victim of The Cochran Firm fraud, during a radio recording. Coleman relayed that Hezekiah Sistrunk and The Cochran Firm defrauded him after his infant was stabbed in her brain by the doctor during her delivery. Coleman and I experienced much interference, as shown on the screen shot below. As the host, my number should have the asterisk beside it. But as you can see, that is not the case. My phone number at (678)531-0262 is not even in view. Instead, hackers were our hosts at telephone number (713)481-6555, according to the records supplied by FreeConferenceCall.com. TRY to hear the interview at
https://fccdl.in/fXYwGyqnr >> Click the photo to see a larger view of the phone numbers. 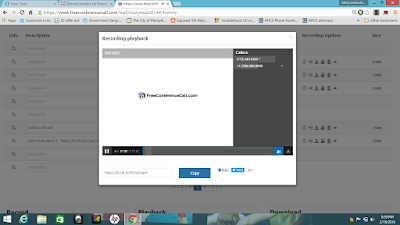 Paragraph 9 of 13. Example B: I interviewed a bereaved mother, Judy Nashville, on Blogtalkradio and experienced much CoIntelPro interference. Nashville's unarmed 16-year-old son was ambushed and murdered by a St. Louis police officer, Keith McGull. The Cochran Firm, with whom Nashville had contracted to be her wrongful death lawyers, were no-shows at the trial regarding Stanley Parker's death and claimed not to have any money for further representation of her. We abandoned the interview after much interference.
"Cochran Firm Fraud vs. Justice for Stanley Parker, Killed by St. Louis PD 2002" (Blogtalkradio)
http://www.blogtalkradio.com/nnia1/2015/05/08/cochran-firm-fraud-v-justice-for-stanley-parker-killed-by-st-louis-pd-2002

Paragraph 10 of 13. I would request that authorities investigate the telephone crimes and prosecute hackers who refuse to allow U.S. legal consumers freedom of press and free speech to expose and oppose The Cochran Firm's frauds that target African Americans with particularity, but since the frauds so often benefit police authorities, they will only pretend the matter cannot be resolved or that I am crazy, regardless of the evidence and testimony I present. Do not suggest that I report the crimes to the Federal Communications Commission and the Federal Trade Commission. I tried that when my own Cochran Firm fraud occurred, and they only took the report by phone and assigned a complaint number, period.

Paragraph 11 of 13. Despite insinuations that Mary Neal is out of her mind for demanding the right to use her modem without seven other parties using it to interfere with her Internet usage, and although police refuse to investigate crimes done to prevent my free speech and freedom of press rights, it must be a great source of irritation to Nazis that I have evidence and/or witness affidavits for nearly every allegation that I make. In fact, a network of people have my evidence, because Confederates often threatened to burn down our home to destroy it. Denied due process of law in the United States, the justice quest will proceed to the United Nations. Some say that will also be a lost cause, considering the close ties between the U.S. and U.N. We will see how that goes.

Paragraph 12 of 13. Three more examples of censorship by hackers who may be police officers.
1) The film at https://youtu.be/387PbHHh8o8/ shows there were seven(7) devices working through my home modem, although we had only three(3) devices connected. The other four(4) are hackers.
2) Later, there were ten(10) devices connected to my modem, seven(7) of which were illegal. Proof was captured and saved on the pdf document at the link below
https://drive.google.com/file/d/0B7OOCl9xjk33NjAzS0VaWFlJZU0/view?usp=sharing/
3) Hackers prevented me from publishing my @koffietime tweets at MaryLovesJustice blog, possibly because some were prevented from registering at the site: https://youtu.be/kQjwi97fsjM/
4) Hundreds more examples of censorship and witness statements are at my Justice Gagged blog at http://JusticeGagged.blogspot.com/

Paragraph 13 of 13. If elite white supremacists and black Confederates in government offices decided cannot use the Internet or my telephones to reveal crimes against humanity and denials of justice to people because of their mental and physical handicaps or their races and socioeconomic levels, it would be preferable if they would simply issue an Executive Order commanding that the U.S. Constitution is defunct and all criticism against the torture and murders of disabled Americans must cease. That would be preferred over the pathetic attempts to censor America's activists for human rights. 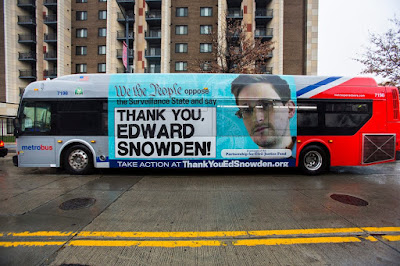 Access nine(9) links and three(3) photos in this article,
which contains 13 numbered paragraphs.
Posted by MaryLovesJustice Neal at 1:53 PM 18 comments: