Let me be perfectly clear (Nixon). This "field hand" will never let any bougie Negroes or the white supremacists they represent get away with secretly arresting her mentally, physically disabled brother and murdering him. I disregard mannequin heads sent to my home via U.S. Mail, black Atlanta police officers who tell me to get my "ass" home and stop telling people about Larry Neal's covered-up lynching and The Cochran Firm's fraud against African Americans.

I disregard government vehicles following me and the fact that 911 refused to come to the aid of my 6-year-old grandson and myself when we were waylaid at a Chevron station. Sending armed prowlers through my yard and having a so-called "homeless mentally ill man" hide behind garbage cans next door at a house that was likely purchased to put citizens police close to me and hiring hackers to destroy my computers -- none of the things you people have done in 12 years will stop the truth. The Cochran Firm defrauds African American families of police victims to help "keep wealth out of Black hands." I have told it, I will tell it, and many other people are also telling it. The Cochran Firm frauds did not end with covering-up Larry Neal's murder. Although you people tap my phones, plenty of more fraud victims have come forward. See "Beware of Treacherous Lawyers: The Cochran Firm."

Corrupt U.S. courts can continue to lie to protect the CoIntelPro operation, state bar associations may ignore bar complaints, consumer protection agencies may reject consumer complaints, government-owned media companies may refuse to report that The Cochran Firm Atlanta was declared NONEXISTENT by Georgia courts to help The Firm escape liability for defrauding my family and helping Memphis Shelby County Jail, although The Cochran Firm was under contract as our wrongful death attorneys. But you won't do ANYTHING without it being fully exposed and opposed. Fear will NOT make me forget that you people owe the Neals millions of dollars. I am NOT your slave, and I demand my damn reparations for being treated like one for 12 years to cover-up the murder of Larry Neal.

NO BOUGIE NEGROES AND WHITE SUPREMACISTS AND JEWISH JUDGES can ever hope to hit "undo" and erase these crimes any more than they can resurrect Larry Neal. All that murderous police departments and jails, the USDOJ, and The Cochran Firm frauds can do now to make this as close to right as possible is to apologize and pay their damages. Justice is impossible. Justice necessitates that everybody is allowed to live their full lives, even disabled black men like Larry Neal was. Justice would have required that this matter be handled professionally without all of the crazy shenanigans by sociopaths that the Neals have experienced for the past 12 years.

I cannot get over you people marching on MLK Day, going to Selma, Alabama to march during the commemorative celebrations, and planning events for Black History Month. You're just a bunch of fake white liberals and bougie Negroes -- bought and paid for probably with taxpayers' money. 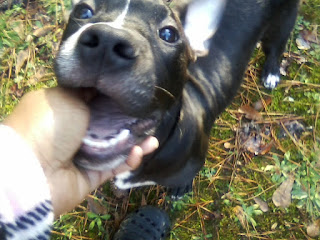 Posted by MaryLovesJustice Neal at 11:03 AM No comments:

1. The Cochran Firm Atlanta office was ruled NONEXISTENT by Georgia judges when Hattie and Mary Neal sued the firm for fraud and malpractice, which The Cochran Firm did in order to protect Memphis Shelby County Jail after Larry Neal was secretly arrested for 18 days and murdered there in 2003. Elite white supremacists and black Confederates have united against working class and poor people to make justice for us nonexistent. Down with courts that lie to enable corrupt law firms to escape liability after lawyers help murderous police departments, jails and prisons escape accountability for wrongful deaths of Americans who are black or poor or disabled. Larry Neal was all three. Below is an excerpt from The Cochran Firm's ad on the Internet for its court-declared "nonexistent" Atlanta office:

2. "The Atlanta, Georgia office of the Cochran Firm combines the nationwide connections and resources of one of the nation’s most prominent and recognized law firms with some of the best local lawyers. These Personal Injury lawyers are prepared to put their talent, their training, and their resources to work for your case. We also have a Latino Section with Hispanic lawyers dedicated to the legal needs of our Latino community."

3. Hattie and Mary Neal were extorted by courts twice when we paid the filing fees and service of process fees to sue The Cochran Firm frauds, not knowing that U.S. courts and lawyers conspire together to prevent due process of law for poor and working class Americans. Many so-called "white liberals" fully support racketeering against African Americans - The Cochran Firm fraud - which has been taken before courts repeatedly by dozens of its former clients, attorneys, partnering law firm, and even some of the firm's former partners, alleging racism, fraud, malpractice, and even sex discrimination. Yet, most courts are "down" with the scheme that "keeps wealth out of black hands," an old CoIntelPro mandate. Media companies support the frauds against The Cochran Firm's clients by refusing to report the many complaints and lawsuits against that corrupt enterprise.

4. We will soon learn where the Ninth Circuit Court of Appeals stands on this issue. The Cochran Firm claims before that court that it is "ONE Nationwide Law Firm," and it even accepts criminal cases in states where the firm is not registered and has no law offices whatsoever after doing false advertising. When The Cochran Firm defrauds clients in states where it does have offices, like Georgia, it commits perjury when sued and disclaims operating any offices at all within the state, and courts join the corruption. As Georgia native Troy Davis said, "Where is the justice for me?" Wrongful Death of Larry Neal http://WrongfulDeathofLarryNeal.com/main.html Read more at "The Cochran Firm Fraud" blog at http://CochranFirmFraud.blogspot.com and please share in order to save other legal services consumers from racketeering. Thank you.

Posted by MaryLovesJustice Neal at 7:50 AM No comments: