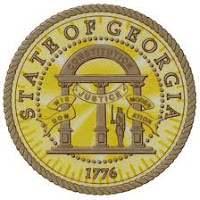 Georgia is rated America's most corrupt state by State Integrity Investigation. I have been a Georgia resident for nearly 30 years, and it is a big relief for me to know that the whole country is not as corrupt as Georgia is. All 50 states were rated based on ethics, open records and disclosure laws. I rarely travel outside Georgia and feared that the entire nation was gone to hell like Georgia is. The state's bottom rating is therefore very reassuring for me. America may have places where families are not censored, stalked, and threatened for asking how and why disabled relatives were murdered under secret arrest! Hooray! The people hired to censor me 24/7 may remove data from this site if I do not tell you there are TWENTY LINKS and four photos in this article. They may do it anyway. See below an excerpt from the report and the five most corrupt states.

‎"Behold, ye have sinned against the Lord, and be sure your sin will find you out." ~Numbers 32:23
OpenSalon.com - March 19, 2012 - The State Integrity Investigation is an unprecedented, data-driven analysis of transparency and accountability in all 50 state governments. The Center for Public Integrity partnered with Global Integrity and Public Radio International to assign each state a letter grade — based on 300 government integrity indicators.

*******
I am grateful for this report and find it so encouraging! It means that police in some states may not threaten to Taser and arrest grandmothers for reporting lawyer fraud and corrupt court processes. Police officers in other states may not go to crime victims' homes and warn families not to report to police superiors that crimes against them are denied investigation! I am so glad everyplace is not like this state. In Georgia, officials over justice ignore crime reports even if citizens defy police officers' warnings and report terrorism directly to their superiors. This State Integrity Investigation report makes me hopeful that in other states, officials do not allow or order gangstalking against families as a replacement for crosses that used to burn in black people's yards who got "uppity" enough to expect justice after a lynching.

The State Integrity Investigation report can only be as accurate as the data that went into the computer. If not for the talented Internet censorship force in Georgia, I am sure Tennessee would bump South Dakota for the number two position. The Center for Public Integrity would know about the most elaborate murder cover-up in history: the secret arrest and wrongful death of Larry Neal http://WrongfulDeathOfLarryNeal.com . Alabama should not get a "C" while planning to execute Thomas Arthur on March 29, 2012, for a murder that his 2009 DNA test results cleared him of committing and Alabama refuses further tests. Arthur's DNA test results from Alabama Department of Forensic Science which Judge Pulliam sealed until after the execution are at this link http://goo.gl/zHuuy . Texas rated 20, where potentially innocent people and the mentally ill are executed regularly! Next time, please include data about police violence, DP, and prisoner abuse, Center for Public Integrity, and check the web for citizens' reports that are censored in mainstream news and court cases that were roadblocked from trial.  Note: Georgia is rated the nation's most corrupt state only because Washington, D.C. is disqualified. 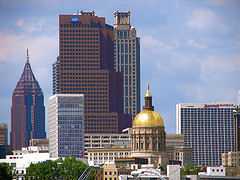 Please assist victimized Georgians by sharing this article: "Georgia Rated Most Corrupt State - Well Deserved" http://goo.gl/4nvZC . Congratulations to the Center for Public Integrity for exposing the naked truth about the Peach State, where suppressing blacks and protecting The (Johnnie) Cochran Firm fraud against minorities throughout the USA was made a top priority by courts, media companies, consumer protection agencies, police departments, and civil/human rights organizations - this Cochran Firm http://goo.gl/x5F8g . There are  TWENTY LINKS carrying astounding news and videos and four photos in this report. Cell phone users, please select "go to page 1." Where does your state rate at the Open Salon.com link provided below?

GEORGIA RANKED THE MOST CORRUPT STATE OUT OF ALL 50 STATES
http://open.salon.com/blog/sb4justice/2012/03/19/georgia_ranked_the_most_corrupt_state_out_of_all_50_states
The sb4justice blog belongs to another Georgian who says she is victimized. We are legion.

UNITED STATES DISTRICT COURT, NORTHERN DISTRICT OF GEORGIA, MAY BE THE FIRST COURT TO RULE THAT JUSTICE FOR BLACKS AFTER LYNCHINGS AND FRAUD ARE "IMMATERIAL" IN THE STATE THAT IS "TOO BUSY TO HATE" (because black Confederate soldiers do that for hire). 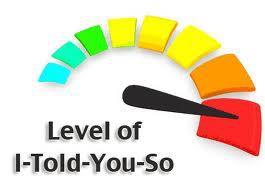 BY HUMAN/CIVIL RIGHTS ADVOCATE, "AMERICA'S MOST CENSORED - MARY NEAL." Google the quoted text for 13 reasons why this writer became a CoIntelPro target. I tried repeatedly to post my list of articles 1 - 11 above at Facebook, but posting was prevented. The error message said "unable to post http://goo.gl/ssxfz ." That link is not among the ones I have listed. In fact, that short link leads to "Google Error 404 - Page Not Found." This is more censorship that also happens when I copy paste my tweets from Twitter where I am @koffietime http://twitter.com/koffietime to prevent my proving that stalkers prevent some tweets from registering at Twitter although I see them using my computer. Learn more about "INTERNET CENSORSHIP AMERICAN STYLE BY MARY NEAL" (Google that article). Officials should STOP doing things they are ashamed of, and censorship would not be needed in the U.S.A. Pray for justice for all, especially in Dixie.

The Bible teaches that Jesus is the TRUTH and the LIGHT. Men error by conspiring to cover sins through censorship and terrorism. It is like trying to stop sunrise or the earth's revolution. God's Word is true all the time!

"But there is nothing covered up that will not be revealed, and hidden that will not be known. Accordingly, whatever you have said in the dark will be heard in the light, and what you have whispered in the inner rooms will be proclaimed upon the housetops." Luke 12:2-3

"For there is nothing hid, which shall not be manifested; neither was any thing kept secret, but that it should come abroad." Mark 4:22 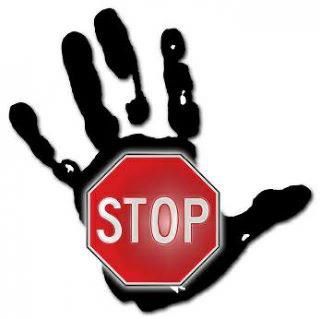 STOP CENSORING NEWS ABOUT ABUSES OF POWER AGAINST THE 99%, ESPECIALLY REGARDING MINORITIES AND DISABLED PEOPLE.
Posted by MaryLovesJustice Neal at 5:28 PM