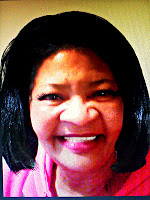 HI, ONLINE FRIENDS - EXCITING NEWS! I AM USUALLY ON REV. PINKNEY'S BLOGTALK SHOW, SUNDAYS at 5 PM EST http://www.blogtalkradio.com/rev-pinkney - Most weeks I join the radio broadcasts that bring you EXCITING NEWS and viewpoints about political, social, and economic justice issues in America. CALL-IN PHONE NUMBER: (347)994-3644. ARCHIVED SHOWS are online at the link above. I ordinarily address congressional bills, crimes against humanity, and mental health issues, and human rights for prisoners. Share ideas to overcome corporate greed and government misdeeds and stop the nation's downward spiral. Join us live every Sunday, and access previous shows online that expose and oppose oppression. Email or call Rev. Pinkney to address his vast audience at banco9342@sbcglobal.net and (269) 925-0001.

UNITY among people who value justice for all can save America.

"And the LORD said, Behold, the people is one, and they have all one language; and this they begin to do: and now nothing will be restrained from them, which they have imagined to do." (Genesis 11:6) 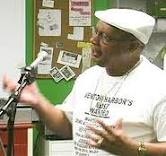 LISTEN to archived shows and share links with your friends and social networks    http://www.blogtalkradio.com/rev-pinkney

Posted by MaryLovesJustice Neal at 7:42 PM

Rev. Pinkney was once arrested for quoting a Bible verse. He is still very censored. I shared this article on Google+. However, this article does not show on my Google+ page. I also tried unsuccessfully for two hours to add a photo of Rev. Pinkney to his new Facebook page, but that is being attacked, too. There is a cyber censorship force operating in America that interferes with online human and civil rights advocacy. This is an InfoWar. Notice when you listen to the end of the Rev. Pinkney Blogtalk Show of Sept. 2, 2012, the cyber censorship team interjected interference as I spoke about Ben Jealous attacking me at the SAVE TROY DAVIS rally the weekend of Sept. 17, 2011. Mainstream media censors certain news, and the cyber censorship team censors Americans online. That is what has become of "freedom of press" for individuals who do not agree with Pharaohs. It is as though bullies order, "Say yessa, boss, or just shut up."