I Refuse to be Your Slave, CoIntelPro

DO YOU WANT A HEFTY BRIBE? Run this video on your blogs http://youtu.be/ROkthmx1Dlc (embedded below). Censorship, gangstalking, and terrorism are used to keep the world from knowing about the situations presented in this video. The film is denied a video screen to play directly on Facebook, because it reveals a nationwide program against justice for blacks in the USA by using lawyer fraud. My home was burglarized on August 11 to steal the Neals v. The Cochran Firm, et al. case files and evidence that judges prevented from going before a jury during two lawsuits against that CoIntelPro operation. If you decide to join the sell-outs, please don't settle for a small amount of money, either. They will pay any amount to contain the truth about The Cochran Firm fraud against Africans in America and to hide the secret arrest and wrongful death of Larry Neal  http://WrongfulDeathofLarryNeal.com  . Search online for "MARY NEAL COCHRAN FIRM FRAUD," and choose from a number of other articles and videos to expose CoIntelPro in the black community. What you can earn by removing the video or Cochran Firm Fraud articles from your blogs will be determined by how much online visibility you have, but please don't be a cheap sell-out. One of the conspirators can print money!


Or you can stand up with me and say, "I REFUSE TO BE YOUR SLAVE."


I promise you, there is money to be made helping to contain news about a black mentally ill man's secret murder in a jail under USDOJ overview and the federal cover-up that ensued - a cover-up that continues nine years later. People are making money by refusing to accept consumer complaints against The Cochran Firm and dismissing court cases against the fraud operation. Why let technicians at Internet companies make all the money? Why let editors of newspapers as well as television and radio hosts get paid while you make nothing from the world's most elaborate cover-up?  While human and civil rights organizations are paid to ignore certain deaths by police, your pockets are more empty than they could be. When I tried to tweet the statement below, Twitter gave me the response,"WE DID SOMETHING WRONG. TRY SENDING YOUR TWEET AGAIN IN A MINUTE."

@blackvoices Want a BRIBE? Publish this on yo blogs & await yo hush money to remove it http://youtu.be/ROkthmx1Dlc Details at http://freespeakblog.blogspot.com/2012/09/i-refuse-to-be-your-slave-cointelpro.html

The tweet posted finally, but the video will not play on Twitter. A summary of the video appears. Perhaps the cyberstalkers coded the video not to play on social media. Try to post it at your Twitter and Facebook pages and see.

I was pleased to see that Prison Watch Network carried a link to ASSISTANCE TO THE INCARCERATED MENTALLY ILL and a link to my most recent article at its website on Thursday night, August 6, but both were gone by Friday, August 7.

So go ahead and place the video at http://youtu.be/ROkthmx1Dlc or any of my Cochran Firm Fraud articles and videos on your websites. When I find them, so will my cyberstalkers who put my computer on their Intranet. When you are approached to make a deal, do not forget to charge a significant amount of money for removal. Try to get paid as much as you can, because your disloyalty will be rewarded.

I write about unjust treatment suffered by many people while sitting home surrounded by citizens police who were placed in foreclosed houses nearby, positioned to follow me when I venture out, watch ingress and egress at the Neal's residence, and await an opportunity to steal Neals v. Cochran Firm records and evidence (which was done on August 11 in a burglary). If someone offered me money in exchange for helping to stifle someone's justice quest, especially in connection with the secret arrest and murder of a harmless mentally ill man and fraud against his aged mother and family, I would not accept it. In fact, I would double my efforts to help that family to expose the injustices they endure. No diamonds could shine bright enough to make me betray people for racist murderers and con artists in America's injustice system. But if you are so inclined, here is your opportunity to get a payoff. Just publish a link to the Wrongful Death of Larry Neal and Cochran Firm Fraud, and take the money for removal when it is offered. Many people have.

Next article in EXPOSED: FreeSpeakBlog is "SILENT MARCH FOR DOCILE NEGROES" at
http://freespeakblog.blogspot.com/2012/09/silent-march-for-docile-negroes.html 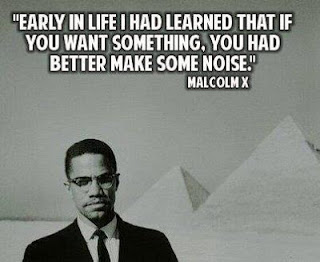 Posted by MaryLovesJustice Neal at 8:06 PM

I do not know what they will pay you to take down the video off your blogs, but it must pay well. Over the last few years, I have been interviewed by a number of prominent news media companies and this explosive story has been ignored by many more. That costs money. So go ahead - post the video and see how much you are offered to take it down. They have lots of money. In fact, one of the conspirators can print money. Therefore, please don't sell-out justice for a small amount. Get yourself PAID.

DO YOU WANT A HEFTY BRIBE? Run this video on your blogs http://youtu.be/ROkthmx1Dlc . Censorship, gangstalking, and terrorism are used to keep the world from knowing about the situations presented in this video. The film is denied a video screen to play directly on Facebook, because it reveals a nationwide program against justice for blacks in the USA by using lawyer fraud. My home was burglarized on August 11 to steal the Neals v. The Cochran Firm, et al. case files and evidence that judges prevented from going before a jury during two lawsuits against that CoIntelPro operation. If you decide to join the sell-outs, please don't settle for a small amount of money, either. They will pay any amount to contain the truth about The Cochran Firm fraud against Africans in America and to hide the secret arrest and wrongful death of Larry Neal http://WrongfulDeathofLarryNeal.com

Or you can stand up with me and say, "I REFUSE TO BE YOUR SLAVE."

Get a new car, refurbish your home, take a cruise, pay off your bills. All you have to do to earn hush money is to run this video on your blogs http://youtu.be/ROkthmx1Dlc or take your pick from any of the articles IN FreeSpeakBlog that expose THE COCHRAN FIRM FRAUD against African Americans. I imagine that the more viewers your blog has, the more it will be worth to the censorship force for you to remove data that will expose the fact that a mentally, physically disabled black man's police lynching is covered-up by the USDOJ under Holder and that it was covered up under three previous attorney generals, and that The Cochran Firm is a CoIntelPro operation that reduces or eliminates payouts to its clients from government and certain corporate entities. It is worth millions to keep that fraud going year after year, and many people are party to it. The Cochran Firm saves its real clients sometimes billions in a single case when it defrauds its own clients, and that is worth a significant amount of money to the system. So don't be cheap. Ask for a SIGNIFICANT amount of money to remove the data from your blogs. If you sell your soul, you should not do it for peanuts.

I had hoped that my family's 10-year justice quest regarding Larry Neal's government lynching and my terrorism following The Cochran Firm fraud would end on a quietly victorious note. I was raised as a Christian to live without prejudice. But after viewing a movie called "Maafa21," which is available in my FreeSpeakBlog, I recognize that powerful Caucasian elitists probably would not allow The Cochran Firm to pay damages and apologize for covering up my disabled brother's murder while under secret arrest in Memphis Shelby County Jail even if the firm wanted to do so. None of them in that "eugenics/ genocide club" think it is necessary to treat Africans in America like real people. They believe us to be "imbeciles" and "useless eaters" and "the Negro problem" since slavery was declared illegal except for convicts, which is why America has the highest prison population in the history of the world. Upholding human and civil rights is not a popular idea in Washington at this time, either. They exercise influence over blacks and "liberals" in media, religion, government, and civil/human rights organizations. The article and full-length movie about the eugenics/ genocide program are available at "BLACK GENOCIDE Maafa21" at the link:
http://freespeakblog.blogspot.com/2013/02/black-genocide-maafa21.html

Randy McMurry, a former Cochran Firm partner, calls The Cochran Firm's fraud against its black and brown clients and attorneys "racketeering." McMurray's documentary proof (if you need more) that The Cochran Firm engages in deliberately false or misleading advertising and does shoddy legal work that rises to the level of RICO racketeering will be published in a subsequent article in FreeSpeakBlog. After that, please look for "Cochran Firm Fraud" wherever you buy books.

Testimony by former Cochran Firm attorneys, including Shawn Chapman Holley, Randy McMurray, and Vickie Gilliam, regarding The Cochran Firm fraud is at this article: