My Lawless America Page Was Sabotaged

MARY NEAL WILL BE FEATURED IN "LAWLESS AMERICA MOVIE." While most "Lawless America" testimonies about government corruption go no further than their local courthouses, my family is victimized by the United States Department of Justice (USDOJ) in an elaborate cover-up of a mentally, physically disabled man's death. Larry Neal died after 18 days of secret arrest in Memphis Shelby County, Tennessee Jail. The USDOJ was in overview of the jail after lawsuit by the USA for inmate abuse. Instead of doing its job to investigate the murder and bring justice, USDOJ officials, Shelby County Government officials, and The (Johnnie) Cochran Firm worked out an elaborate cover-up that has continued for nine years through two presidential administrations. Federal officials allowed Shelby County Government to enter testimony and reports into federal records that omitted Larry Neal's arrest, knowing that the mentally ill heart patient had indeed been arrested and died in custody. They colluded to defraud the Government, which is a felony. Rather than to arrest and prosecute officials who participated in the cover-up, the system employed a program of gangstalking and censorship against Larry's family to prevent public disclosure. The injustice system that imprisons and executes people at astronomical levels in the USA is itself criminal and covers its crimes through censorship, intimidation, false arrests and murders. It is racist and class conscious and thoroughly hypocritical. Like every criminal, its main objective is to avoid disclosure and punishment.

The Cochran Firm's role in the cover-up was to contract with Larry's family, then withhold any legal work while the Tennessee statute of limitations passed. When the Neals discovered The Cochran Firm's fraud and sued, the CoIntelPro lawyers were allowed to plead "not guilty by reason of nonexistence" and prevail based on that obvious perjury. After being denied justice, this writer discovered that Johnnie Cochran's name is being used to lure many unsuspecting blacks to that law firm which actually fired or forced out Cochran's attorneys immediately after his death. Certain clients are defrauded in cases of catastrophic injuries and wrongful deaths that occurred under the color of law or because of corporate wrongdoing, while media companies, human and civil rights organizations, state bars, politicians, and legal referral services know about The Cochran Firm's real purpose but enable the frauds against black legal consumers by keeping the news about Larry Neal's murder cover-up and numerous lawsuits against The Cochran Firm by its former clients and lawyers out of mainstream news. Africans in America are the most hated and feared people on the planet. The Cochran Firm's purpose is to give the semblance of justice while actually working to prevent it.

Asking "What happened to Larry Neal" made me the most censored person in the country - probably in the entire world. I have a team of cyber stalkers who go online with me whenever I do, day or night, to disrupt my freedom of press rights and keep Larry's government lynching covered-up - at least until after election day 2012. It is an intense tale about criminals in government that expanded on August 11, 2012, when my home was burglarized and original court files and evidence stolen that regard Neals v. The (Johnnie) Cochran Firm. This is strong evidence that we truly live in Lawless America. I planned to publish on the web page Lawless America assigned me (all participants have a page), but my page was sabotaged. I discovered today that my number 104 is also the assigned number for Rozy Press. I do not know if saboteurs changed the number in the email that William Windsor, the movie producer, sent to me, or if they accomplished this another way. (One link is in this article) The only thing I am sure about is that my having a duplicate number to use at Lawless America's website was more sabotage to prevent the world from having clear evidence that the USDOJ is itself an accessory to Larry Neal's murder after the fact. The War on Terror detainees are/were not the only prisoners secretly detained with some being killed. It happen(s) within the United States to American citizens who have no ties to terrorism whatsoever. See the next article in this blog for information on how YOU can participate in Larry Neal's elaborate murder cover-up and earn money by doing so - "I REFUSE TO BE YOUR SLAVE, COINTELPRO"  http://freespeakblog.blogspot.com/2012/09/i-refuse-to-be-your-slave-cointelpro.html 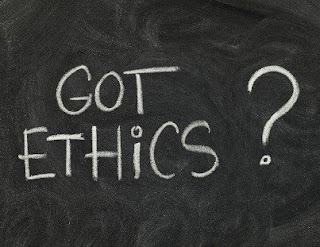 Posted by MaryLovesJustice Neal at 12:44 AM