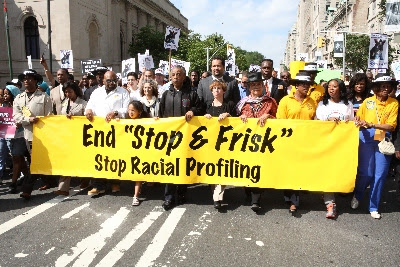 AWAY WITH YOUR SILENT MARCHES, DOCILE NEGROES! The sound of jail bars clanging shut is LOUD. The sound of police gunfire as bullets rip through sick people and unarmed youths is LOUD! The sound of that first shovel of dirt crashing against the coffin of another young black man is something his family will hear forever. Yet blacks marched through New York City too cowardly to make a sound. Stay home next time, docile Negroes.   http://harlemworldmag.com/2012/06/19/salters-scene-rev-sharpton-leads-silent-protest/

A million man march, then a million father march - What does it mean if black men are too cowardly to stand up and demand a society where their children are safe from being snatched from their villages and ENSLAVED for prison profits? Or shot down by police like rabid dogs? What is the voting booth for if not to get representatives who represent your interests? Marissa Alexander was from our village, and she was snatched to spend 20 years imprisoned for a crime that was not a crime - self protection is a RIGHT. Do not expect me to respect 21st century black men who say we must continue to be quiet and expect nothing, demand nothing. I reject that "docile Nig*er" routine. What does it profit to have blacks drive by me in limos and wave while my own income and my children's prospects for economic freedom are diminished daily? Resist oppression, whatever the source!

Anything that directly affects 10 million Americans (prisoners, probationers, and their families) should be addressed by presidential candidates as well as candidates for state and local offices. In fact, high incarceration numbers affect all 350 million Americans because it costs over $50 billion per year to incarcerate 2.3 million people, and prison labor projects are taking our jobs - including former union jobs. This is not just a "black" problem. But even if it were, what is wrong with the president giving attention to an issue that negatively impacts people who gave him 90% of their votes in 2008? Banks, corporations, Hispanics, and gays got theirs. But blacks are portrayed as being outrageous to expect anything of officials we support with our votes, right? I disagree. DEMAND something!

"Who would be free, themselves must strike the blow." ~Frederick Douglass
http://www.blackpast.org/?q=1857-frederick-douglass-if-there-no-struggle-there-no-progress 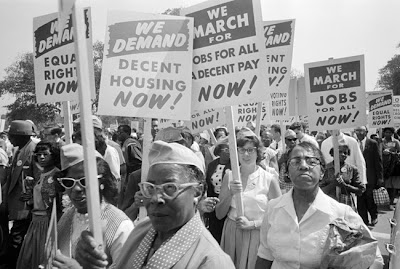 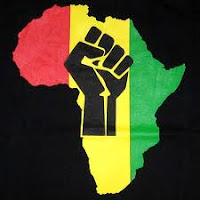 Hello, friends and blog followers. I would have greeted each of you individually, but cyberstalkers interfered. I want to extend you a warm welcome and sincere thanks for your interest in the articles I publish to expose and oppose oppression for myself and many other people, especially mentally ill people and condemned inmates. We must be mindful of those who are voiceless without us. Prisoners, the sick, elderly, and very young in our village depend on us, and so does Jesus (Pv. 31:8-9). I am encouraged when I see your photos and avatars at FreeSpeakBlog, MaryLovesJustice, JusticeGagged, DogJustice, and Davis-MacPhail Truth Committee blogs. Censorship is useless when we all work together. Please check in often, and bring your friends. Please add me to your mailing lists for human rights news - MaryLovesJustice@gmail.com . Thank you. Many blessings!

I thought Michael Moon, or whoever is my assigned stalker is tonight, would go crazy when I entered the complimentary ad for "HOUR TIME NOW." He put the big space before and after that ad, also. My regular readers have learned that the big spaces that appear in blogs are actually fields that cyber stalkers use to pull your data into and render it invisible! The telephone stalkers go crazy when I speak with members of Hour Time Now during conference calls, too. CoIntelPro doesn't like that group! The ads at this article are for five(5) entities (on my view, anyway):

Members of "HOUR TIME NOW" are forming a student advocacy committee to advocate on behalf of children in grades k-12 who face disciplinary issues in their schools. We will intervene for students and try to close the school-to-prison pipeline. Join us today! "HOUR TIME NOW" also has a Facebook page at this link