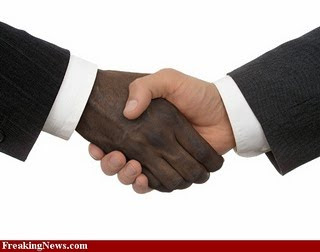 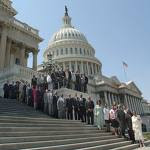 Dr. Boyce Watkins wrote an article decrying the disappointing representation the African American community receives from African Americans in public office. Below is my response.  PLEASE NOTE that the congressional bill this article promotes, H.R.619, is moot now. It died in committee in February 2011. That happened because the media censored the bill, and censorship was used against individuals' attempts to notify the public that a bill was available to reinstate Medicaid for inpatient psychiatric treatment.  Conscious people should still contact their representatives and support the concept of treatment replacing punishment for mentally challenged people, but H.R.619 is no longer available to promote specifically.

Dr. Watkin's article regarding the Black Congressional Caucus is at this link: http://www.thegrio.com/opinion/corruption-in-the-congressional-black-caucus-threatens-african-americans.php

Response from Mary Neal, director of Assistance to the Incarcerated Mentally Ill

Unfortunately, Dr. Watkins, the lack of responsiveness from African American officials in addressing the needs of ALL constituents (beginning with the ones who elected them) is old news to me. I knew years ago that there has been what I call "Elite Integration." I wrote a poem about elite integration and broadcast it on a Rev. Pinkney Blogtalk Radio Show in January. When an African American handicapped man can be secretly arrested and murdered in Memphis Shelby Co. Jail and authorities respond by covering the crime and allowing or facilitating gang stalking against his family for asking WHAT HAPPENED TO LARRY NEAL, we're already at rock bottom regarding accountability from leaders of all races. It is time for African Americans to stop voting along racial lines. WE should pay more attention to MLK's speeches - judge not by the color of one's skin, but by the content of his character. That is not an admonition to whites only, but to everyone. Most of those we send to be our public servants have no loyalty to us as fellow African Americans or as constituents. See these articles:

Black Relatives Killed by Police? Just Eat Yo Chicken and Shut Up! http://freespeakblog.blogspot.com/2009/11/blacks-relatives-killed-by-police-just.html

The failure of Africans to always support human rights of people who look like them is nothing new. Consider the photographs at the link below of black Confederate soldiers. Not all of them were coerced into serving slavemasters. In fact, slave vessels were filled with human cargo by other brown and black people. Money is green. Black Confederate Soldiers: http://www.forrestsescort.org/blacks.htm

I wrote "Elite Integration" when I realized there was no change intended regarding the DOJ's refusal to investigate Larry's lynching in a publicly-owned correctional facility where the harmless lifelong schizophrenic heart patient never should have been in the first place. While America's black, white, Latino, Asian, and Native American populations engage in infighting, the nation's wealth is still held by the top 5% of the population, and the gulf between America's rich and poor people is wider now than it was when Dr. King and 250,000 others met in Washington for the Poor People's March in 1963. Not everyone is suffering from the economic downturn. In fact, it gives the prison industry a tremendous boost.

Elite white people and black people done got together against little people
And they imprisoning 'em and waterboarding 'em and executing 'em
OH, LAWD! OH, LAWD!

I urge all people, particularly African Americans, to call or write your elected officials and ask them to support H.R. 619, a bill by Rep. Eddie Johnson (D-TX 30) to resume Medicaid funding for inpatient psychiatric treatment. There are currently 1.25 million mentally ill people in prisons and jails throughout the country as a result of "de-institutionalizing" mental illness in the 1960's and 1970's. The sick inmates are people who lack the finances to afford treatment by a private psychiatrist in his/her office or hospitalization during crisis. Many mentally ill offenders have the added challenge of drug and alcohol addiction. They cannot afford drug rehabilitation in the Betty Ford Center or any other private facility. Every prison issue has significant impact on the black community, because 1 in 9 black men and boys under the age of 34 is presently incarcerated, and two-thirds of all inmates were sentenced for drugs or other non-violent offenses.

While many African Americans decry the depressed economy, the weakest among us endure more than foreclosed homes or lost wages. They are locked away in prison where 60% of those enduring solitary confinement torture are mentally ill. Americans of all races should realize that if the motivation behind the country's high incarceration rate is removed (private prisons), the economy would improve immediately. Many of the jobs that Americans think went to third world countries actually went behind prison walls and are done by inmate laborers (slaves). Furthermore, the suffocating prison budget would be reduced if decision makers' conflict of interest was removed. Revenue could be increased for education, job creation, and youth programs that prevent incarceration and recidivism.

I experience much cybercensorship and in-person stalking because I advocate for Human Rights for Prisoners and write articles to give Assistance to the Incarcerated Mentally Ill. The attacks against my advocacy are allowed by all authorities who have a sworn duty to protect my right to free speech and freedom of press. This is in large part because private prison investors earn significant revenue by "trans-institutionalizing" mentally ill people into their facilities. See an example of my cyberstalking at a YouTube video called "PRISON LABOR PROFITS." Indigent acute mental patients like my murdered brother, Larry Neal, only traded a hospital bed for a solitary prison cell. Larry was cared for in a state mental hospital for around 20 years after mumps went to his brain before puberty; then he was "freed." Private prison owners and investors mean to keep America's indigent mentally ill prison population behind bars and add to their numbers poor and middle-class veterans who transition home suffering from Post Traumatic Stress Disorder (PTSD) - after some tragedy that should have been avoided by using Assisted Outpatient Treatment programs and other community care options.

Dr. Watkins, if you wish to know where your elected officials' loyalties lie - with big business or their constituents - find out where they stand on H.R. 619 to amend Title XIX of the Social Secuity Act and resume Medicaid funding for inpatient psychiatric care. Passing that one bill would 1) be just and humane for mentally ill CITIZENS and other incarcerated sick people; 2) promote community safety; and 3) reduce the high prison budget. When mental illness among poor and middle-class people was shifted from the Department of Health to the Department of Corrections, approximately 10 million citizens were directly impacted (sick people and their relatives). The potential for crimes by untreated mental patients and higher taxes affect us all. With the advent of private prisons, the U.S. gained the largest prison rate of any nation in world history.

Dr. Watkins, African Americans in positions of trust are no more likely to deal fairly with constituents than any other officials. It is time for all people to lay aside prejudice and stop judging who to support for elected office based on skin color. Look at candidates' past voting history and service to their communities and really listen to their speeches. If you BELIEVE you have representatives who honor and protect Americans' constitutional rights, including the right to life, ask them this question: "WHAT HAPPENED TO LARRY NEAL?" Let me know how they answer, please. I have asked that question for six years of every official office, and even our Freedom of Information Act request to the United States Department of Justice is denied a response. Ignoring the government's legal obligation to give Larry Neal's family records and accountability for his murder and the cover-up that followed did not end when an African American became Attorney General. Larry's death continues to be denied the investigative and prosecutorial effort that dog abuse cases get. Righteousness is not determined by race.

If you are interested, please see links to other articles and blogs I wrote to help victims of injustice in the index in the left margin at FreeSpeakBlog - http://freespeakblog.com/ and at my Google profile - http://google.com/profiles/MaryLovesJustice - Please visit Assistance to the Incarcerated Mentally Ill, an online advocacy group for human/civil rights protections for mentally ill people in prison and those at risk for incarceration. Support for Americans with mental disabilities is needed and appreciated. I am censored, as you will observe from watching PRISON LABOR PROFITS at YouTube. I have to wipe clean or purchase a new PC every week. I am illegally prevented from contacting any of the African American and prisoner activist groups I joined at Yahoo Groups. Financial assistance for this advocacy is needed. People who send donations will be sent a CD filled with video footage of my cybercensorship. It also helps when readers share my links with their friends, churches, social networks and elected officials who should care about the conditions under which we keep the least of these, His brethren (Matt.25:31-46). Please use this handy link to email your representatives, especially those who you believe care about human and civil rights: http://www.usa.gov/Contact/Elected.shtml - I invite you to attach a link for this article: http://freespeakblog.blogspot.com/2010/03/mary-neal-responds-to-dr-watkins-re-bcc.html - Please declare your support for H.R. 619 for psychiatric hospital funding. If you are not already afraid of your officials, also inquire about H.R. 645 for six FEMA centers to be erected inside America for Americans - integrated housing and full employment with uniforms provided for people who commit such offenses as refusing to accept H1N1 vaccines should an "emergency" be called, according to the Massachusetts Martial Law Bill that was enacted on October 13, 2009. You may discover that mine is not the only family in need of DOG JUSTICE.

People must stand together as brothers or perish together as fools, as Dr. King advised. Racism is unGodly and counterproductive. Many African Americans, Caucasians, and other people need to recognize our commonality above racial distinctions. There is vigorous debate between Republicans and Democrats on important legislation, but our elected officials repeatedly vote uniformly on bills that erode Americans' civil liberties and benefit corporate interests. The elite have already integrated.