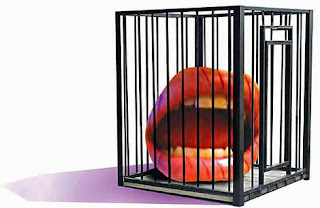 Seven (7) paragraphs, 11 links -- CHINA IS MOVING AHED OF THE UNITED STATES in protecting citizens' rights. Police in China are being tried for torturing a citizen. My mentally and physically disabled brother was secretly arrested and murdered in Memphis Shelby County Jail and the DOJ is helping to cover up the murder. In fact, the FOIA request we sent to the USDOJ in May of 2009 was answered. The Department of "JUSTICE" REFUSED to respond with records on Larry's murder and the false testimony and records that Memphis Shelby County Jail entered into United States District Court during hearings that were held to determine if the jail was worthy of being released from federal overview for all the other inmates it killed or abused. Since Larry's murder, three more federal lawsuits were filed regarding murder and abuses of mentally ill citizens in Shelby County, but their lawsuit didn't get to trial either. PAY ATTENTION. CHINA IS MOVING AHEAD OF THE USDOJ in upholding citizens' rights -- China vs DOJ in human rights: http://www.news.com.au/breaking-news/world/china-police-face-torture-allegations/story-e6frfkui-1225835805524 - Compare China's response to police brutality reported in the article with the denial of justice regarding my mentally, physically disabled brother's SECRET arrest and murder in government custody and the cover-up that ensued and still continues. See this link: http://wrongfuldeathoflarryneal.com/
.
I am not supposed to write these things. I'm supposed to be so intimidated that I join in Larry's wrongful death cover-up like mainstream media has by not publishing the crimes. That is why they moved "citizens police" in my immediate vicinity to stalk us, put my PC on a network, and follow us when we leave home. THIS IS LIKE THE FRENCH OCCUPATION, SLAVERY, AND NAZI GERMANY ALL ROLLED INTO ONE. Guess what? YO turn next. PETITION TO END MARY NEAL'S CENSORSHIP AND TERRORISM AT THIS LINK: http://www.nowpublic.com/culture/justice-mary-neal-petition-combat-terrorism-censorship
.
See this ShreveportTimes.com article about citizens police there: http://www.shreveporttimes.com/apps/pbcs.dll/article?AID=2010100226008 - They probably have some in your neighborhood. While authorities are going mainstream with news regarding "citizens police," this might be a good time to admit to having "citizens police law firms." See this article: Can Law Firms Be Government Agencies? http://alturl.com/hwov


I may be a bit narcissistic. I thought that the "citizens police" in my area were all assigned to watch our family. I was riding with a neighbor recently who pointed out a house on my street and told me a spy lived there. My friend Lee claimed he observed the resident in that house stealing his garbage and also garbage bags belonging to neighbors on his street during the night. Lee has cameras around his property, so the theft may be on film. Lee told me the next morning he drove by the house where the "trash man" lives and saw his own garbage on the "trash man's" curb for pickup by the county garbage trucks. Lee recognized some of his things protruding from the bag. People can learn volumes about you by digging through your discards. That is what America is becoming. On the other hand, perhaps it has always been this way. When I worked in a law office that helped clients regarding their social security claims, some of the elderly Negro clients complained that their social security checks did not reflect income for all the years they spied on Martin Luther King and others during the civil rights movement. (Dated terminology deliberately used). Perhaps the feds thought those retired "citizens police" would be too embarrassed to admit they had done that work and quietly accept the loss on their retirement income. But "citizens police" types are completely mercenary and nothing embarrasses them.

People who are outspoken about denial of human and civil rights in the U.S. are terrorized and censored because the camps and railroads are not ready yet, so fascism is undercover. Listen to "Mary Neal interviewed on Rev. Pinkney Blogtalk Radio Show Oct. 11, 2009 http://www.blogtalkradio.com/Rev-Pinkney/2009/10/11/MARY-NEAL-A-WARRIOR " (Rev. Pinkney was America's first minister to be arrested for quoting the Bible. He was imprisoned for months, and that was followed by house arrest. Listen to the interview at the link to discover which Bible verse is censored.) After the DOT truck and agents in four cars followed my grandson and me to the Chevron station on September 27, 2008, and we waited there for an hour for emergency 911 police who did not come, my elderly mom and I mostly stay home. (See Cochran Firm Fraud videos 1 and 2 on YouTube about the night my six-year-old grandson and I were waylaid at the neighborhood store). Since we stay home all the time, NEW neighbors moved in homes that were previously vacant with no for sale or for rent signs for months. The neighbors across from our home had deliveries the week they came by an 18-wheeler DOT truck. Every time I write something about "citizens police," they delete the post. This is what America has come to - people like me who ask WHAT HAPPENED TO LARRY NEAL? and try to advocate for human rights for prisoners are surrounded by "citizens police" who do gang stalking, put my PC on a network to control my input, and follow me when I leave home. I used to be able to have Net Freedom at the library using their PCs, but I have to log on with a library member number, and the cyberstalkers now attached themselves to that and take over my use of library PCs. See PRISON LABOR PROFITS on YouTube for a sample of their handiwork. See how they followed me to Care2 and sabotaged my message. The USDOJ ought to just take a lesson from China where police are being prosecuted for torturing a citizen, and stop helping Shelby County Jail, Memphis police, The Johnnie Cochran Firm, and others get away with murder and the cover-up conspiracy that followed.


IT IS YOUR TAX MONEY PAYING FOR ALL OF THESE CITIZENS POLICE, SO PLEASE CALL OR WRITE THE DOJ AND TELL THEM TO STOP. I don't think it is fair for the Neal family to have to live in fascism until the rest of you do, which is probably sooner than you think. I would ask you to sign my petition in the second paragraph of this FreeSpeakBlog post, but you will see when you open the link that the petition to stop my terrorism and censorship is itself censored. Petitions for human rights are often attacked. For instance, you may sign at no. 360 on Monday. If you check back on Thursday, your name may be at number 330. That means thirty names before yours were covertly deleted, forcing your name to slip backwards numerically. Cyberstalkers usually do not steal the signatures of people who post comments. They are probably taught those thefts might be noticed. Next time you sign a petition, write comments. If you have no comments, just write "I signed this petition at number 360." That will put a wrench in their act.


Follow me on Twitter, where I am KoffieTime - http://twitter.com/koffietime
Please see my Google profile for more links to my radio interviews, articles, blogs, and social networks - http://google.com/profiles/MaryLovesJustice - Your assistance is requested. Find an article to re-publish in this blog and among my articles at http://NowPublic.com/duo, or share evidence of my cybercensorship in PRISON LABOR PROFITS, a 2-minute video at YouTube. Write and request a CD filled with cybercensorship examples like PRISON LABOR PROFITS. Donations for production and postage and to further our quest to decriminalize mental illness are appreciated.

The video at the link you posted must be dynamite. My computer stalkers won't let it open. I am America's most censored person. They dedicate four cyberstalkers to go online with me whenever I do in order to censor what I read and write. I will look at your video from another computer some day.