Donald Williams, Jr. - The One Who Got Away 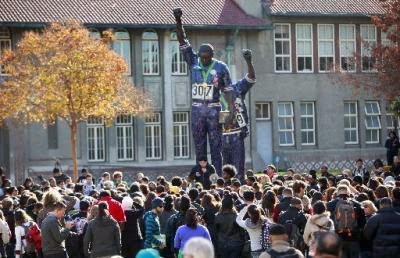 San Jose State University faces a $5 million lawsuit for a racial bullying case. Donald Williams, Jr., a San Jose State University (SJSU) student at the center of the racial bullying case, claimed that his adviser was aware of an “explosive” situation in the dorm room but did nothing to address it. Donald Williams, who is black, is asking for $5 million dollars from the university and threatening a lawsuit if the university rejects his request.

Without his parent's intervention in autumn 2013, Williams might have been the next black man's "suicide" at SJSU. His suite mates were calling him "fraction" to denote that a black person does not count as a whole human being. They had pictures of Hitler on the walls and the word "nigger" written on a blackboard in the suite. At one point, Williams' white suite mates tried to chain the 17-year-old college freshman with a bicycle chain. Williams was brutally mistreated because of racism. He started going home most weekends to avoid his suite mates. Williams' adviser knew about the harassment but did nothing to curtail the hate crimes by Logan Beaschler, 18, of Bakersfield; Joseph Bomgardner, 19, of Clovis; and Colin Warren, 18. Blacks comprise less than four percent of the student body at SJSU.

Donald Williams, Jr. is the one that got away. Brenden Tiggs was killed in his dorm room on campus (called a suicide) January 2014. A spokeswoman for SJSU claimed that Tiggs' death was the "first student suicide in over a decade." Not true. SJSU had other deaths that were called suicides and serious assaults of black men students within this decade and before that still need investigating, including the covered-up murder of Gregory Johnson, Jr. in 2008. See other victims listed in "SJSU Deaths and Terrorism"
http://freespeakblog.blogspot.com/2014/02/sjsu-deaths-and-terrorism.html

WHAT REALLY HAPPENED TO TIGGS, JOHNSON, WASHINGTON, and COLLIER, SJSU?

Gregory Johnson, Jr.'s Parents attended protests with students at SJSU after the hate crimes against Donald Williams, Jr.'s went public in 2013. Government and SJSU officials attempt to ignore the distraught parents who displayed pictures of the six-inch gash in their dead son's head. Officials said Gregory, who was over six feet tall, died by hanging from a shorter ceiling in the basement of Sigma Chi Fraternity House, but the gash indicates Gregory endured assault like Washington, another SJSU student who was seriously injured that way in 1997. Washington was in a coma for some time after someone attempted to murder him. 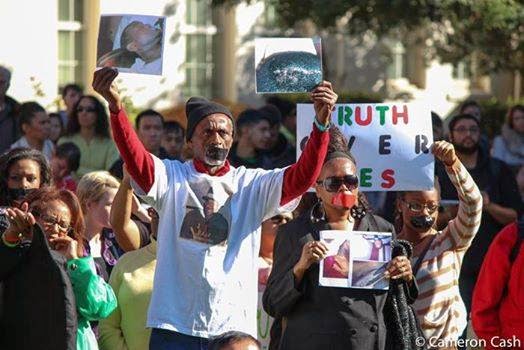