Mary Neal's Phone and Computers Are Controlled to Limit Disclosure about Crimes Against Humanity in the U.S.A.


[7 links] I was on the MaryLovesJustice show last night (May 9), and felt blessed to have been a part of it, but noticed throughout the show there was enormous static, breaks in her communication, and much interference. Several times she was even disconnected. This happened for more than an hour. She phoned me after the show using the same phone. What I found strange was how clear her voice, and reception was then.
by Katherine Conner

Thank you, Katherine. I am "America's Most Censored - Mary Neal" http://justicegagged.blogspot.com/2011/11/americas-most-censored-mary-neal.html . For years before many people recognized the new slave trade in America, I was advocating against mass incarceration and calling it slavery. Prison investors (probably in the government) hired cyberstalkers to censor me 24/7, stalk me, and to prevent my family's use of our own phones to talk with people about my brother's secret murder by police that happened in 2003 or the cruel imprisonment, homelessness, brutality and murders that happen to other acute mental patients regularly in the United States.

I appreciate your joining us at the MaryLovesJustice Show on Blogtalk and Talk Shoe Conference Call. Unfortunately, Nazis have my phone under such control that the only way I can join conference calls is to have someone else connect with the shows and then bring me in on a third-party call. The stalkers were apparently instructed not to let other people witness their illegal takeover of the Neal family's telephones, because they could certainly prevent my being on conference calls even as a third-party if they wanted to do so. My moderator, director of "Prayer Warriors Needed," said she never experienced such Internet interference as she did in setting up the MaryLovesJustice Show. Police and justice officials refuse to address the stalkers' crimes, probably being co-workers. [Select "go to page 1" if you are using a cell phone for web browsing. Seven (7) links are in this article.]

We are trying to alert the public about your son, Matthew Moore, a living Trayvon Martin. Unlike Martin, it is not a neighborhood watchman who is trying to destroy your son under the color of law, but the lawless, heartless, racist, mercenary injustice system itself. I understand that you and Matthew live in a small Louisiana parish like Jena6, and your son was wrongly convicted in April because the District Attorney feels that you, Kathrine Conner, need an attitude adjustment. The District Attorney said to you before witnesses in a very loud voice that he was going to arrest your son because of your attitude, and he did. Now another youth is entangled in the justice system, not because of anything he did wrong, but because his mother has a philosophy of liberty that will not be tolerated in black women living in that Louisiana parish - even in the 21st century. Prosecutors with attitudes like his are responsible for today's high incarceration numbers that drain tax money that should be used for other purposes. See the information in the article at this link:  http://wrongfulconvictionsblog.org/2012/04/19/new-study-predicts-wrongful-conviction-rate-in-u-s-at-5000-to-10000-per-year/ "NEW STUDY PREDICTS WRONGFUL CONVICTION RATE IN U.S.A. AT 5,000 TO 10,000 PER YEAR."

They want to do these things to people, Katherine, without people knowing. They want to railroad innocent people like Matthew into prisons and jails without the public knowing. They also want to kidnap and murder mentally and physically disabled black men like my brother, Larry Neal, without the public knowing http://WrongfulDeathOfLarryNeal.com . Government officials pretend to care about human rights abroad while allowing such injustices, including police murders.

You were surprised that so-called civil/human rights organizations help the injustice system keep such abuses quiet and will not help innocent victims like Matthew, but it would have surprised me more if they had helped you. I think they get a cut of prison profits for being quiet about innocent people being wrongly prosecuted, and in Matt's case, persecuted for having an outspoken mom. Prison profiteering has spread through America like an airborne disease, Katherine. Defense attorneys like The (Johnnie) Cochran Firm defraud clients in civil and criminal courts by pretending to represent their clients while actually working for government entities and corporations behind the clients' backs. They deliberately give ineffectual counseling in criminal matters, alleged a former client, and withhold lawsuits or settle suits for much less than the value of their clients' claims in civil court.

Mainstream media is very much at fault for helping to contain reports from the public about victimized families like yours and mine. That is likely because the owners of major media companies are in the slave trade as stockholders in private prison companies, just as plenty of defense attorneys, prosecutors, judges, and elected officials are. Thank God that until Congress passes a draconian bill to censor the Internet, Americans have that resource for mass communication to tell our own stories. Congress will continue to introduce bills to censor Americans and has CISPA pending before the U.S. Senate right now. Meanwhile, my reports about people like Matthew, who is wrongly convicted, and Kelly Thomas, a mentally ill homeless man police beat to death, are highly censored.

News and videos were released about Kelly because (a) he was white, and (b) his fatal beating was done in public. Larry was black and he was murdered behind bars in Memphis Shelby County Jail following 18 days of secret incarceration while our family searched for him as a missing person who police falsely denied having. Mainstream media and justice authorities ignore his death because they are hypocrites and racists, including the black ones. I am heavily censored to continue the cover-up about Larry Neal's murder and The Cochran Firm fraud that followed, Katherine. Yet, I do what I can to help people like Matthew Moore have justice despite the censorship I endure in this land of "free speech" that bombs other countries for crimes against humanity, so it is said.

Thank you again for attesting to my family's telephone takeover. Many other people also witnessed the tricks stalkers play to censor me. Sometimes they make it appear that my phone call came from a number other than my own - a fake number shows on people's caller I.D. when I call. That way when I call Blogtalk Radio shows like the Rev. Pinkney Show where I speak most Sundays at 5pm EST, the host does not recognize my number when I call and put me on the air. They also make it appear that my call came from a restricted number when I call law firms looking for an attorney to sue U.S.A. officials and co-conspirators for denying my due process of law.

Please tell Matthew there are individuals, organizations, and independent news companies that have neither turned Nazi nor joined the slave trade, and they sometimes republish my articles. It is my hope they will share those I published about your innocent son who was wrongly convicted because the D.A. in his small Louisiana parish has a personal vendetta against Matthew's mother, which he admitted. "Matthew Moore, Falsely Accused Louisiana Youth http://marylovesjustice.blogspot.com/2012/04/matthew-moore-falsely-accused-louisiana.html ." God bless you. Pray for my family and me, and I will continue to pray for you and Matthew and all condemned people I advocate for as well as acute mental patients like Larry Neal and Kelly Thomas who police killed http://youtu.be/yn8CE5ISUSw. The police officers killed them because they believe mentally ill people are unworthy of Dog Justice (life without brutality) because they are sick. See http://DogJusticeforMentallyIll.blogspot.com . As I promised, I will add post-conviction information to my article about Matthew. I wish you all the best on your appeal for your son's wrongful conviction. We must stop the slave traders in America from railroading innocent black youths into prisons where the number of blacks behind bars is approaching one million.


Stalkers go behind me and remove my comments I leave at Internet news sites. I must start saving a copy of the comments I make that are held for approval. Either stalkers remove some of them, or the sites are not really what they seem and censor truth like mainstream news does. I just made the following comment which is being held for approval at Govtslaves.info link http://govtslaves.info/congress-to-amend-ndaa-to-give-dod-nsa-greater-cyberwar-powers/#comment-2965 - A new censorship method I have noticed being applied to my Internet input is this: When you copy and paste the article, comment, or tweet, the link has no space between the "http" and the word preceding it. That keeps it from actually being a link once it is pasted someplace. I added spaces below to prevent that occurrence. As America's most censored individual, it takes constant vigilance for me to have any voice whatsoever. Over the years, I have learned many of their covert censorship methods and share them with the public in an article, "Internet Censorship American Style, by Mary Neal" - Google it. Below is the latest comment I placed that is awaiting approval.

Mary Neal says:
Your comment is awaiting moderation (at "GovtSlaves.Info) (note if they run links into the words)
I am “America’s Most Censored – Mary Neal” http://justicegagged.blogspot.com/2011/11/americas-most-censored-mary-neal.html – The censorship that America will soon experience is similar to the censorship that has been applied to my Internet publishing for years. The article at the link above tells 13 reasons why I became America’s most censored individual, with teams of cyberstalkers assigned to go online with me, four at a time, 24 hours a day, steal my emails and data from my hard drive, edit my articles, redirect links, steal links from my articles, redirect my browser and other interference plus send cyber terror, some of which is recorded on videos at http://youtube.com/jkempp703 . Additionally, foreclosed houses in the immediate vacinity of my home were occupied by strange new neighbors who do not seem to have jobs but have an inordinate interest in my family. When we awaken, someone is standing in the yard across the street looking at our house, throughout the day, and late night – 24/7. Whenever someone from our home leaves, the individual on duty makes a cellphone call immediately. It feels almost like a FEMA camp around here since I report the secret arrest and wrongful death of Larry Neal, a mentally, physically disabled black man who was secretly arrested and murdered in 2003 in Memphis Shelby County Jail and the USDOJ helped the jail cover-up the murder. Neither the feds nor the jail will release any information about how and why my brother was secretly arrested and murdered, and neither is there much information about other black mental patients who are going missing across the country in/after police custody and turning up dead ...
May 11, 2012 at 9:17 am

"Congressional Apology for Slavery - Acceptance Pending"
nowpublic.com/culture/congre… Sincere apologies necessitate Change (by Mary Neal, August 2008 at NowPublic.com). Unfortunately, the Change I've monitored and written about (amid much interference) since publishing that article almost three years ago has been largely negative. 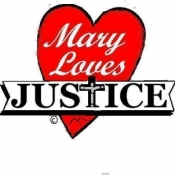 Posted by MaryLovesJustice Neal at 7:56 AM