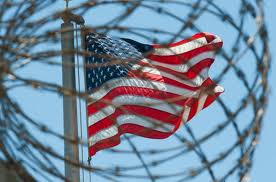 [draft to be completed week ending 5/19/12] Based on the censorship I experience, passing the Wistleblower Improvement Act may be important to the End Game like concentration camp provisions under NDAA are. It is the most censored congressional bill I have written about since publishing my anti-NDAA articles. Notice the interference I experienced on the tape of my MaryLovesJustice Show at the following link. This MaryLovesJustice episode is called "ARE WHISTLEBLOWERS PERSECUTED IN AMERICA?" http://goo.gl/w2AzK . The cell phone that I used for the show is monitored and controlled by cyberstalkers, also. Note that stalkers turned my volume low for the first 20 minutes while I spoke about the Whistleblowers Improvement Act during the introduction. They interfered throughout the show. The volume was normal until near the end of the radio show when cyberstalkers disconnected the call twice. The censorship team disconnected calls several times when I mentioned key words while speaking on the Rev. Pinkney Blogtalk Show, including "NDAA" and "Dog Justice." By noting which congressional bills my cyberstalkers censor, I gain inside knowledge about which congressional bills their bosses support and oppose. My cybercensorship team invariably works to prevent support for bills that would benefit The People, but they work even harder to restrain discussion against congressional bills that I feel would threaten liberty and justice for ALL. The Whistleblower Improvement Act is such a bill.

THE WHISTLEBLOWER IMPROVEMENT ACT: "PUNISH PEOPLE WHO TELL." See this link for information about the bill at GovTrack  http://www.govtrack.us/congress/bills/112/hr2483 and see the embedded video below, which is also at this YouTube link http://www.youtube.com/watch?v=Z428H8EBRhk . The video reports that this bill allows retribution against whistleblowers who report corporate and government wrongdoing. I am persecuted for reporting the secret arrest and murder of my mentally, physically disabled brother and deaths and abuses of other acute mental patients. I cannot say who commits crimes to hide Larry Neal's death and hinder my advocacy for other mental patients, but we are denied help from law enforcement and government agencies, denied records about Larry's secret arrest and death, and denied due process in courts. Peter Van Buren, an author and whistleblower, explains why my freedom of press rights are denied protection by justice officials. He says on the video below, "The government is becoming more and more secretive about . . . things that are embarrassments . . . [The bill would mean] people must report wrongdoing to the people who did the wrong."


Having to report violations to the very people who caused or allowed the violation before going to authorities is problematic and can be dangerous. Unfortunately, in prisoner abuse cases, people always have to complain about the violation to the same justice system wherein the abuse or murder occurred. My reporting Larry's secret jailhouse murder, which the Justice Department prefers to ignore, has resulted in censorship, gangstalking, cyber terrorism, and financial persecution. Imagine what might happen one day when a chemical plant employee goes to his corporation to say, "Stop dumping waste in the lake to save $5million annually on toxic waste disposal." Most employees would not take the risk of doing that; therefore the public will not have any knowledge or protection from such corporate wrongdoing. The Whistleblower Improvement Act is obviously wrong for America.

I spoke immediately after the radio broadcast that cyberstalkers ruined with Katherine Conner, the guest on the MaryLovesJustice show that regarded whistleblowers. She was surprised at how clear my voice was on the same phone I used for the show. I told her that my family and I live like prisoners. The cyberstalkers were told to interfere with that broadcast, so they did. Their interference was minimal the previous week when my subject was "STOP EXECUTIONS IN THE BIBLE BELT STATES." Anthony Bartee, a condemned Texan, was given a reprieve hours before my broadcast; therefore, stalkers had no motivation to censor anti-DP dissent at that time. If Bartee's execution had been still pending or if it had gone forward, my broadcast would have been censored as heavily as the show regarding the Whistleblower Improvement Act.

Congress generally disregards Americans' opinions on congressional bills, which was proved when NDAA passed. Our dissent means little or nothing. PIPA and SOPA were exceptions probably because wealthy corporations joined The People in opposing those Internet censorship bills. Whereas our support for and aversion to congressional bills may be immaterial to representatives, cyberstalkers nevertheless censor my reports about them. Other writers can publish news and views about almost any matter without interference, but the censorship force censors Mary Neal to continue the cover-up regarding my mentally, physically disabled brother's murder. I generally mention Larry Neal's murder and the crimes done to hide it in my articles, so the cyberstalkers' employers spend a significant amount of money to have round-the-clock surveillance and interference regarding what I upload online. Censoring those reports also means the system can continue to use The (Johnnie) Cochran Firm to defraud its own minority clients to reduce or eliminate payouts by large corporations and government entities and save billions a year (Google "Mary Neal to the Ramapough People").

Pray for William Windsor, producer of the "Lawless America" movie. Beginning in June, Windsor will tour the country to film roughly 750 people who claim being victimized by governmental and judicial corruption. Naturally, these are stories that the system would prefer never being exposed to the world, like my brother's secret murder. Numerous individuals who will be filmed claim being persecuted because they are whistleblowers. Google "Lawless America" to reach the website and more information on the world's largest whistleblower project. Windsor's website has been attacked a few times. It was down for about a week after the last attack, which happened right after I announced that I would be in the movie (coincidence?). There are all kinds of ways activists are attacked to prevent dissemination of censored information. See my articles about "directed energy weapons" that emit radiation in low or high doses. Low levels cause cancer over time or inoperable tumors such as Johnnie Cochran, Coretta King, Ted Kennedy, and Troy Davis' sister Martinez had. High levels can cause heart attacks and aneurysms. I hope Windsor's chest pains that sent him to the hospital this week were not caused by an enemy attack to prevent movie production. If so, those responsible must immediately cease and desist in the name of the Lord. Culprits should not expect to hide corruption forever. There are too many victims at this point and too much interest in his movie. It will be made regardless, because God wants that work done to relieve people like my family who are prevented from having DOG JUSTICE in America.

I hope that once Larry's secret murder and the elaborate cover-up that followed it are exposed on "Lawless America - The Movie," some of the censorship and gangstalking my family endures will subside. Meanwhile, I continue to experience attacks on my freedom of expression, and it stifles my advocacy for human and civil rights for people who need my voice. For example, stalkers censored my support for H.R.619 for two years. A short video embedded below shows how congressional bills I write about are censored. See "H.R.619 Advocacy Censored at AIMI" link:   http://www.youtube.com/watch?v=mTnBUYoJtk4  - That bill was introduced in January 2009 by Rep. Eddie Johnson (D-TX) to resume Medicaid for psychiatric inpatients.

Passing H.R.619 would have negatively impacted prison investors. Over 1.25 million of America’s inmates are mentally challenged, and the prison investors understandably want to keep the mentally ill behind bars rather than treated in mental hospitals. Media companies also censored that health care bill, and it died in committee while basically hidden from millions of families who are adversely affected by reduced bed space in mental hospitals.Presently, cyberstalkers work against reports about H.R.3785, which was introduced in January 2012 by Rep. Ron Paul (R-TX) to repeal Section 1021 of the National Defense Authorization Act (NDAA).

According to my computer security system, I have at least four(4) cyberstalkers at a time who censor my Internet input 24/7 – crimes that are apparently protected by police and justice officials. When I took proof to justice officials and police, police arrived at my home and dared me to report that they refuse to address thefts of my emails and data from my hard drive, surreptitious editing of my online articles, redirected links, control of my web browser, the car tag for a man who admitted being "paid well" to follow me, and other crimes to violate my freedom of expression and destroy my creative product. The only good point about being heavily censored is this: By noting what news I carry that stalkers attack most, I am able to project elitists' plans as the End Game progresses. A list of congressional bills I published articles about that apparently had the support of my cyberstalkers' bosses is below. (I know which bills they support by the amount of censorship the team applies to prevent dissent):

TO BE CONTINUED
Posted by MaryLovesJustice Neal at 11:12 PM