FOURTEEN links, SEVEN paragraphs counting this description - SIX YouTube Videos Showing Cybercensorship and terrorism, one of which reveals that Dr. Martin Luther King, Jr. is still being censored over four decades after his assassination.  They are numbered below.  (#1 at Twitter, #2 at AIMI, #3 at my home, #4 I was at DeKalb County Public Library and censored as I tried to upload news at Care2 News Network, and #5 at Care2 Groups, and #6 MLK's Final Speech Edited to Change History ); TWELVE links in all - Please share with your friends.  I am censored wherever I write on the Internet because prison profiteering is big business.  So is lawyer fraud, apparently.  Read all before opening links, or use your back arrow to return to the post.  You don't want to miss any of this cyberstalking and terrorism proof.

1.  Twitter Censorship – Tweets Registering 1 hr. back
http://www.youtube.com/watch?v=7nbQcuo0kYM
At Twitter, my tweets were backtimed to appear with tweets that posted 1 hour before the time I actually posted them. That means that my tweets were not appearing with current tweets. No one goes through their tweets to see what the people they follow wrote an hour ago. Sometimes, my tweets post three hours back. That is to minimize my advocacy to decriminalize mental illness, eliminate the death penalty, and expose the secret arrest and wrongful death of Larry Neal and the Johnnie Cochran Firm Fraud. Those are my usual subjects at Twitter where I am KoffieTime – http://twitter.com/koffietime
My input was also back-timed at Care2 and NowPublic. Back-timing author's posts puts them among earlier postings and prevents them from going to front page on social networks and independent news sites. They do not appear among the "newly submitted" lists, and unless someone is following the author directly, no one knows that author posted anything. Censored work is also categorized wrong. For instance, a piece that should go under "health" or "politics" may be posted under "strange," to prevent notification to people who have an interest in serious subject matter.

2.  H.R.619 Advocacy Censored at AIMI
http://www.youtube.com/watch?v=mTnBUYoJtk4
At Care2, Mary Neal's video captured censorship regarding H.R.619 - the congressional bill introduced by Rep. Eddie Johnson in Jan. 2009 to resume Medicaid for mentally ill Americans to have hospital insurance. Medicaid was removed as a funding source for mental hospitalization decades ago, and it led to 1.25 million sick people being incarcerated today. H.R.619 had zero mainstream news coverage despite its relevance to millions, and Assistance to the Incarcerated Mentally Ill members were censored when we posted info about the bill online. Mentally ill people are intended to continue being commodities for prisons and jails to enrich prison investors. I am usually censored no matter what human rights issue I write about at Assistance to the Incarcerated Mentally Ill (AIMI) at http://www.Care2.com/c2c/group/AIMI  - It often takes many tries before posting news, especially advocacy against mass incarceration and anti-death penalty reports. H.R.619 died in congressional committee because most Americans did not know it existed.

3.  Neals’ Yard Marked for Harassment
http://www.youtube.com/watch?v=znJS-6qw__8
Mary Neal’s yard is outlined in blue, yellow, and orange paint from the back fence to the middle of the street, but no neighbors’ have that marking. The next day, two helicopters stood still over our rooftop for 30 minutes. (Witness statements and video proof). See more about my censorship to prevent advocacy for human rights for prisoners at http://freespeakblog.blogspot.com/

4.  Mary Neal Censored at Public Library re: Hank Skinner March 23, 2010 - http://www.youtube.com/watch?v=GaTiBU43-Mk
At Care2 News Network, Mary Neal’s anti-death penalty article for Hank Skinner was not allowed to post. I wanted so desperately to post my article about Hank Skinner’s pending execution that I braved stalkers who follow me and went to the DeKalb Public Library on March 23 to post my article, “Hank Skinner’s Last Wish – Justice.” http://freespeakblog.blogspot.com/2010/03/hank-skinners-last-wish-justice.html  -- The video shows that I repeatedly got a denial of service at Care2 News Network.  I did post it in my Care2 Sharebook and in my FreeSpeakBlog, although cyberstalkers prevented it from posting at Care2 News Network. I have much difficulty posting anti-death penalty news at most online sites. When I do post anti-death penalty news at Care2 News Network, I am prevented from notifying my Care2 friends through my email account at Care2 in time for them to note my articles and push them to front page.  Sometimes, I am prevented from notifying Care2 friends about anti-death penalty news for 24 hours or longer.  My worse fight about posting anti-death penalty news regarded Thomas Arthur.  He is a Caucasian on Alabama's death row who already passed his DNA test that proved his innocence in 2009. Judge Pulliam sealed his DNA results, prevented his attorneys from publishing same, and the state proceeded with execution plans. After being denied the right to send the news via email at Care2, I resorted to using eCards.  I sent hundreds of eCards to Care2 friends and others on my mailing list.  The cards arrived blank to the addressees - Care2 reported that it had been attacked in the eCard area on September 1, 2009, and gMail also went down.  (The same thing happened at Care2 to eCards I sent regarding Cameron Todd Willingham's wrongful execution.)  The U.S. Supreme Court granted Skinner a stay of execution about an hour before his scheduled death on March 24, 2010.  Cyberstalkers destroyed my home computer because they hate my advocacy for human rights for prisoners and deny my First Amendment rights.  I rely on you to share this with your friends and groups.

5:  "Prison Labor Profits" at http://www.youtube.com/watch?v=icRD77mugaI - Prisons help corporate America escape laws regarding minimum wage, worker safety, and workers compensation. Prison labor projects compete for corporate contracts, meaning hundreds of thousands of jobs are behind bars along with 2.5 million inmates who enjoy no protection from slave labor (13th Amendment). Prison slaves were made to burst computers with hammers to retrieve gold, copper, and other re-usable items. Prisons earned $878million per year on the program, but cyberstalkers made my post say they earned only $8million. Toxins were emitted in the air that caused severe respiratory conditions and cancer. Prison guards who supervised the work area also got cancer and sued.

6: "Martin Luther King's Final Speech Censored to Change History"
http://www.youtube.com/watch?v=i2w0_pOA4YI - I am censored like Dr. King still is. His censorship was done to hide how brutally racist America was during his lifetime. Discrimination is as American as apple pie.

More articles about my censorship and cyberterror and why these illegal acts are allowed to continue are at this link:  http://wrongfuldeathblog.info/wrongful-death-of-larry-neal/
and at my blogs, FreeSpeakBlog http://FreeSpeakBlog.blogspot.com and Justice Gagged http://JusticeGagged.blogspot.com . See my YouTube channel at http://YouTube.com/jkempp703
A movie that explains my censorship is "Maafa21." Google it. 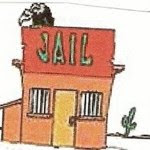 JAIL IS THE LAST THING THAT MENTAL PATIENTS NEED, AND TOO OFTEN, IT IS THE VERY LAST THING THEY EXPERIENCE. Please join our effort to decriminalize mental illness. No one deserves to be punished for having a disability.
Posted by MaryLovesJustice Neal at 4:18 PM