No Indictments for Police Killing Blacks or Mentally Challenged Caucasians

Thousands of protesters feel that police officers need reminding that black lives matter. The lives of mentally challenged Americans also matter. People in these two groups comprise the overwhelming majority of the nation's police-involved casualties, including avoidable deaths. It is impossible to give an exact count of how many Americans with mental disabilities or African Americans die at the hands of police officers each year, because police seem not to have any reporting responsibilities in that regard. We do know it is a significant number. For instance, seven people were shot dead by police in Florida within eight days in November 2014. Florida would have killed eight, except police missed when shooting at an unarmed African American father who was trying to get his daughter home for her asthma treatment (see the AntiMedia link below). If one citizen per day is killed in all 50 states, the death toll is 18,250 annually (especially when including inmates killed by corrections officers).


A Maryland grand jury refused to indict police officers responsible for the death of Ethan Saylor, a 26-year-old Caucasian man with Down Syndrome. Saylor was killed inside a movie theater in January 2013 while wearing police handcuffs. The official cause of death was ruled a homicide by asphyxiation. An autopsy revealed that Saylor suffered a fractured throat cartilage, which one expert says could only have been caused by force of some kind. Force could have included a direct blow or manual strangulation. 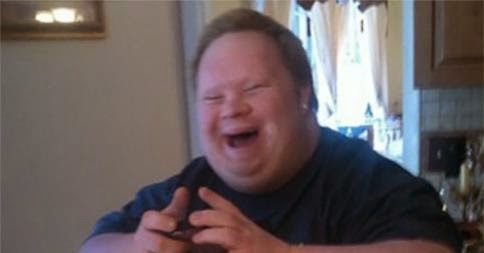 The Maryland grand jury's refusal to indict Saylor's killers comes on the heels of two other highly contested grand jury decisions regarding the police killings of Michael Brown in Ferguson, Missouri, and Eric Garner in New York. Eric Garner died as a result of an illegal choke hold, which might have also been used to kill Saylor.

Alternative Media Syndicate.com reports, "Because of Saylor's large size, the officers say they had to use three sets of handcuffs on him and placed him on his stomach for 'one to two minutes' ... Just as in the case of Eric Garner, the police have said that being obese 'contributed' to Saylor’s death, making him 'more susceptible to breathing problems.'"

The lives of mentally dysfunctional Caucasians like Kelly Thomas and Ethan Saylor seem to receive no more protection than do the lives of African Americans. Saylor refused to leave the theater after the conclusion of a movie he was taken to see by his caretaker. When she explained to the theater staff that they did not have the fare to watch "Zero Dark Thirty” a second time, police were called. The fare for most movies is less than $10. Black people, like our mentally ill citizens, are killed for tiny sums. See Kenneth Harding's death by San Francisco police officers who asked him to prove he had paid the $2 train fare. The shooting is on the YouTube video below and at http://youtu.be/qE8iLrqWpwA

More information about Ethan Saylor case is available at the first two of the four articles listed below. Ethan Saylor's parent's reaction to the grand jury's decision not to indict the police officers who killed their son is in:
Grand Jury Refuses To Indict Cops Who Killed Man With Down Syndrome Who Wouldn’t Leave Movie
http://alternativemediasyndicate.com/2014/12/08/grand-jury-robert-ethan-saylor-no-cop-indictment/
More about Saylor's ordeal in the theater and his final words are at this article:
"Police murder Ethan Saylor, Down Syndrome Victim"
http://dogjusticeformentallyill.blogspot.com/2013/09/police-murder-ethan-saylor-downs.html
Florida Police Killed Seven People in Eight Days in November 2014
http://theantimedia.org/florida-police-killed-7-people-8-days-november/

Deaths that happen to people in custody, especially the mentally disabled, are subject to cover-ups. They rarely result in criminal charges or terminations of corrections officers.
Eric Garner and Larry Neal: Unrequited Deaths
http://freespeakblog.blogspot.com/2014/12/eric-garner-and-larry-neal-unrequited.html


***********
Thank you for giving Assistance to the Incarcerated Mentally Ill.
It would be illegal to keep a dog in a tight space 23 hours a day and gas or Taser him for barking. It would be illegal to put a dog in deadly restraint for control. That happens to mentally ill people routinely in the nation's correctional facilities. What happened to Larry Neal? 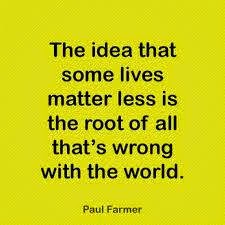 Posted by MaryLovesJustice Neal at 1:11 PM