I looked for my article below in the blog called "Human Rights for Prisoners March" and could not find it at first. I decided long ago that my readers really need the information that cyberstalkers go to lengths to hide. America wrongfully convicts 5k to 10k people per year, mostly people who are black or poor. It keeps them throughout their childbearing years to use them as slaves and for eugenics (to prevent population growth among "undesirable" populations of people, such as blacks). Around the time when people would normally retire, the injustice system may finally admit its mistake and release a few a year. That way the public is convinced the system really cares about innocence, although it does not. That's the game - eugenics and slavery and pretension. 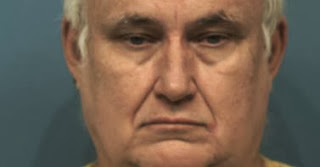 Huffington Post reported on November 8, 2013, that for the first time ever, a corrupt prosecutor was going to jail. "Today in Texas, former prosecutor and judge Ken Anderson plead guilty to intentionally failing to disclose evidence in a case that sent an innocent man, Michael Morton, to prison for the murder of his wife. When trying the case as a prosecutor, Anderson possessed evidence that may have cleared Morton, including statements from the crime's only eyewitness that Morton wasn't the culprit. Anderson sat on this evidence, and then watched Morton get convicted. While Morton remained in prison for the next 25 years, Anderson's career flourished, and he eventually became a judge."

Anderson defrauded Texas taxpayers of approximately $782,150, the approximate cost for Morton's incarceration (the Vera Institute of Justice released a study in 2012 that found the average taxpayer cost in the 40 states it assessed was $31,286 per inmate per year). Although the former judge and prosecutor was sentenced to merely 10 days behind bars for his crime, he was fined $500 and must do 500 hours of community service. Most importantly, Anderson lost his law license. One might assume that Anderson will now face a lawsuit by Morton. See photographs and a thorough explanation of the case in an article that features the entire Morton legal team at "Legal Victories" blog where we report positive legal news
http://legalvictories.blogspot.com/2014/01/anderson-v-justice-for-morton.html

In addition to unethical prosecutors, some forensic labs are responsible for wrongful convictions. FilmingCops.com reports that 180,000 cases will require review, because of one government chemists' deception and another chemist's corruption at Hinton laboratory in Jamaica Plain, Massachusetts. The Annie Dookhan deception continues to unfold. Dookhan was a government chemist who tampered with thousands of cases, creating fake “evidence” that caused the imprisonment of countless innocent Americans. Dookhan worked as a chemist for the State of Massachusetts, and she had close relationships with prosecutors. These prosecutors were able to successfully convict innocent Americans because Dookhan would taint the evidence, resulting in career boosts for the prosecutors while innocent men and women were torn from their families and locked in cells.  Kate Corbett, who worked in the same lab as Dookhan, claimed that she had a “chemistry degree” from Merrimack College, but she did not. (See two FilmingCops.com urls below that lead to reports about this tragedy.)

So many inmates have proved their innocence and been released from prison that prison investors in Government decided to stop levying criminal charges. Concentration camps are being prepared now for possibly millions of Americans to be warehoused without any criminal charges or opportunities for defense. Indefinite detention without trials in the United States was authorized under the National Defense Authorization Act (NDAA) - approved by Congress in November 2011 and signed by President Obama on New Year's Eve that same year.

Even without NDAA, tens of thousands of innocent people are in prison, because the Supreme Court never recognized Americans' right to have post-conviction DNA tests or new trials on late-arriving evidence. In fact, there is no obligation for prisoners to be released because they present evidence of "actual innocence." Innocent inmates are released now and then just to give the impression of fairness, but most inmates serve their sentences whether innocent or guilty.

Some have not considered that people are in custody from the time a police officer says, "Halt." Many prisoners never make it to a jail cell but are killed during arrests. Those deaths are usually excused altogether or ruled "justified" upon investigation, regardless of the circumstances. There is no information available about how many of the police victims each year are black, white, middle class, poor, healthy, or mentally ill (police do not shoot wealthy people). Most Americans do not know that inmates in the United States are subject to brutality and murders behind bars with no accountability demanded.


It surprises plenty of people to learn that over half of the country's inmates are incarcerated for nonviolent offenses such as possession of small amounts of illegal drugs. Most people are unaware that the U.S.A. has 1.25 million mentally ill inmates. The mentally ill in America used to be treated in mental hospitals or community care programs until the rise of the private prison industry. Now people with brain disorders are warehoused in prisons after denying them psychiatric treatment, and they comprise 60% of inmates in solitary confinement torture.

Some never considered that America has more prisoners than any nation in world history at a staggering cost. The federal government and states spend over $74 billion per year to incarcerate 2.3 million people (roughly $200 billion when including collateral costs: police investigations, prosecution, and indigent defense). Added to that tax money is the cost of caring for minor children and aging parents prisoners must leave behind. The high prison population also causes unemployment among "free" people. Americans were never told that many of their jobs that were "downsized" never left the country but were outsourced to prison labor projects. Over a million inmates work up to 72 hours a week without job benefits for pennies a day or for free.

It has been estimated that between 5,000 and 10,000 wrongful convictions happen in America each year (see the link to the study below among nine(9) references). Some of the innocent people are on death row and others are in solitary confinement today - years after their imprisonment. Most Americans care about security but object to wrongful convictions and wrongful executions. We certainly oppose psychopathic district attorneys and corrupt forensic labs railroading innocent people into prison to increase private prison profits and advance legal careers. Since it is understood that most Americans would object to enslaving innocent people, this information is largely censored.

Americans' mass ignorance about its justice system is no accident. Mainstream media does not fully inform about these situations, and millions of people do not use the Internet, or they do not use it to become knowledgeable about these matters. American officials have been accused of working with corporate executives against the interests of the People. The truth is that America itself is a corporation, and its elected and appointed officials are her "executives." I am greatly censored to prevent spread of the truth: America is still a penal colony, and all working class and poor people are essentially her prisoners.

Most of this country's officials do not seem to care if prisoners are innocent or guilty of doing anything illegal or immoral. It may not matter whether the nation's prisons are behind bars or have "work permits" like you do. We must serve the empire either as taxpayers, military personnel, or prisoners. The officials' job is simply to manage the penal colony we know as America, contain dissent, and continue to move people from the slave pool into active slavery through the legal system. If possible, officials try to prevent the People from knowing that we are all, in fact, considered property. The People are distracted from this truth partly by oppressors who encourage disunity through classism, racism and politics. The concentration camps under NDAA are for the day when misinformation becomes ineffective and distraction becomes impossible.

REFERENCES
1.  For the First Time Ever, a Prosecutor Will Go to Jail for Wrongfully Convicting an Innocent Man

5.  The Price of Prison in Texas
http://www.vera.org/files/price-of-prisons-texas-fact-sheet.pdf

6.  How much does it cost to keep someone in prison (Wiki Answers)
http://wiki.answers.com/Q/How_much_money_does_it_cost_to_keep_someone_in_prison

******
Thanks for participating in the "Human Rights for Prisoners March" across the Internet to demand respect for all people.

Repeat of paragraphs 1 and 2:  I looked for my article below in the blog called "Human Rights for Prisoners March" and could not find it at first. I decided long ago that my readers really need the information tha1t cyberstalkers go to lengths to hide. America wrongfully convicts 5k to 10k people per year, mostly people who are black or poor. It keeps them throughout their childbearing years to use them as slaves and for eugenics (to prevent population growth among "undesirable" populations of people, such as blacks). Around the time when people would normally reitire, the injustice system may finally admit its mistake and release a few a year. That way the public is convinced the system really cares about innocence, which it does not. That's the game - eugenics and slavery and pretension. Micheal Morton was not black, and he might not have been poor at the time of his wrongful conviction, which shows that wrongful convictions can happen to anyone who is not a millionaire. See Morton below on the right, and his corrupt prosecutor who became a judge on the left. 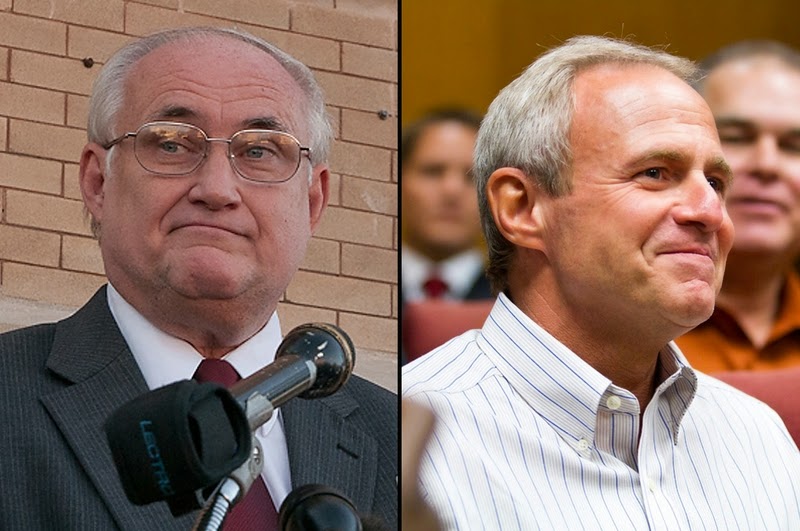 Posted by MaryLovesJustice Neal at 5:46 PM