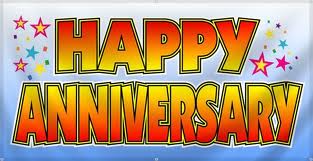 August 1, 2012 marked the 9th anniversary of the secret arrest and murder of lifelong schizophrenic heart patient, which was covered up by the family's wrongful death attorneys who worked covertly for the jail behind the family's back. (Six(6) links in this article, which was updated in four(4) paragraphs at the end and a footnote). LISTEN to former Cochran Firm attorney Shawn Chapman Holley speak to NPR about RACISM and FRAUD against attorneys who refused to defraud black clients after Johnnie Cochran's death and therefore lost their jobs http://www.npr.org/templates/story/story.php?storyId=12171473 IF cyberstalkers corrupt the link, Google "Shawn Chapman Holley at NPR re Controversy at The Cochran Firm." HAPPY 9TH ANNIVERSARY OF THE FRAUD AGAINST THE NEAL FAMILY TO PROTECT MEMPHIS SHELBY COUNTY JAIL after the secret arrest and murder of Larry Neal, Cochran Firm racists and sell-outs http://WrongfulDeathofLarryNeal.com/ - Pretty slick how The Cochran Firm contracted with our 80+ year old mother to be our wrongful death attorneys and proceeded to hold the case INACTIVE while the Tennessee statute of limitations ran, but sent us lying status updates via U.S. Mail fraud about a discovery process that was never launched. Then the firm went on to defraud hundreds of other black clients in Johnnie Cochran's name http://marylovesjustice.blogspot.com/2012/03/maryneal-to-ramapough-people-re-cochran.html . I am stalked, censored, and persecuted to keep the new modus operandi of The Cochran Firm secret: The Firm defrauds its own black clients to save money for government entities and major corporations on a regular basis. Johnnie Cochran exonerated O.J. Simpson, then Geronimo ji Jaga Pratt, former minister of defense for the Black Panther Party who was set up to serve 27 years for a crime he did not do. Johnnie announced in 2002 his plan to sue America and major corporations for slave reparations. To raise funds for the "Reparations Dream Team," he sold interest in his firm to some wealthy Southern lawyers. After that, he SUDDENLY DIED, and THEY have his firm now . . . "Johnnie Cochran's Cointelpro Murder Theory" http://freespeakblog.blogspot.com/2011/04/johnnie-cochrans-cointelpro-murder.html (Select "go to page 1" if you use a cell phone or their cyberstalkers will steal the first sentence or two from your view. They are still desperate to cover up the cover-up regarding my brother's murder, especially during an election year. Six(6) links are in this article.) Poor Johnnie Cochran. He helped EXPOSE CoIntelPro to exonerate ji Jaga Pratt, which led to the Church Committee's hearings on the covert FBI program. CoIntelPro supposedly ended after that (not!). Then Cochran's brother was killed in November 1998: JOHNNIE COCHRAN'S BROTHER FOUND SLAIN ON SIDEWALK http://articles.latimes.com/1998/nov/04/local/me-39251 . Next, his 16-year-old nephew was shot to death while out riding his bicycle in 2002: JOHNNIE COCHRAN'S NEPHEW KILLED http://articles.cnn.com/2001-12-02/us/cochran.nephew_1_johnnie-cochran-nephew-jefferson-park?_s=PM:US . Finally, Johnnie died in 2005 after taking on law partners. His name and law firm are presently used to defraud minorities, particularly blacks like the family of Larry Neal, a harmless mentally, physically disabled man whose murder remains covered up by Shelby County Commission, the United States Department of Justice (under Holder), corrupt courts, and the NWO media. So-called "black leaders" in government and civil rights organizations (plantation overseers) don't have any comments. HAPPY ANNIVERSARY TO ALL OF Y'ALL. In memory of Larry Neal (May 3, 1949 to August 1, 2003). (Six(6) links in this article, which was updated in four(4) paragraphs below, and a footnote).

UPDATE: Paragraph 1 of 4 --  The Neals' home in Stone Mountain, Georgia was burglarized on August 11, 2012. The only things stolen were two boxes of Neals v. The Cochran Firm files and evidence that the Neals had been prevented from submitting to a jury by judges who ruled wrongly that (a) there is no Cochran Firm office within the State of Georgia (Ga Sup. Ct. 2006), and (b) whatever The Cochran Firm did to defraud the Neal family was "immaterial" (USDC 2009). This theft may have been done to enable conspirators to alter the court records so it will not be so patently obvious that my family is denied due process of law regarding Larry's secret murder and The Cochran Firm's fraud that prevented accountability by Shelby County Jail. Both courts' files Changed before/after the cases were dismissed; therefore, I know it happens. Georgia Superior Court supposedly "lost" a motion (that I saw in the file during an examination before a court clerk two weeks prior), and I was never notified by United States District Court that Metropolitan Atlanta Rapid Transit Authority (MARTA) had joined the lawsuit. MARTA was concerned because it ran The Cochran Firm ads for the firm's Atlanta office, which the law firm denied the existence of in courts of law in order to lie and say the Neals' lawsuit was served wrongly when sheriffs served suit on its Atlanta  law office. Numerous pleadings on the Neals v. Cochran, Cherry, Givens & Smith docket were no longer links that enabled printing without actually going to the courthouse. Those may be the pleadings that are jeopardized by my burglary.

Update, Paragraph 2 of 4 -- I discovered my altered USDC file when I went to the federal courthouse in 2010 to check on Kathryn Johnston's settled lawsuit (regarding a 92-year-old Atlanta police victim), another case The Cochran Firm "represented" in a peculiar way. The Johnston case docket was altered more thoroughly than mine was after the Dozier v. City of Atlanta case settled. It is inconvenient for burglars to have stolen my original files from my home. But whenever their cyber stalkers kept me offline, which happens frequently, I would duplicate my DVDs and other records and share them with people, because the Neals often received cyberthreats to burn down our house to destroy our evidence. One attorney told me he had never seen so much fraud and perjury in his whole career, but he did not take our case. He said if that amount of effort is used to prevent the Neal family from prevailing, his firm would not be permitted to win. Plus, his partners would never be able to run for political office after representing us and revealing The Cochran Firm fraud against blacks in the America.

Update, Paragraph 3 of 4 -- These are some of the reasons why I tried diligently to help Troy Davis, knowing that his life depended on getting "a fair day in a just court" in Georgia (Davis's words). That is impossible for Davis now and highly unlikely for the Neals and other black people. These are some of the reasons why I am followed and my electronic communication is controlled while I am denied police assistance. One does not have to be  terrorist to be under close scrutiny, because the Truth terrifies wrongdoers. Actually, some of the attorneys who saw my evidence seemed frightened, also, although they had no part in the intrigue. Had I known the world had entered the Revelation* period, I would not have expected justice. The real tragedy is that officers of the court and justice officials would prefer subterfuge to doing justice after the secret arrest and murder of a harmless, lifelong mentally, physically disabled black man, and it seems that nothing dissuades them. (P.S. I note that this article had 211 views that reduced to 127 views the last time I opened it for edits. Making my views register low prevents income from ads on my articles. Poverty is one of the Neal family's punishments for asking officials WHAT HAPPENED TO LARRY NEAL and advocating for other victims of injustice.)
__________
* The Bible states that in the last days, perilous times would come when people would be:
~ Lovers of themselves
~ Lovers of money
~ Disobedient
~ Disloyal
~ Without natural affection
~ Fierce
~ Lovers of pleasure rather than lovers of God
~ Have a form of godliness but deny its power
(2 Timothy 3:1-5)

Update, Paragraph 4 of 4 -- I think we have arrived at the threshold of the Revelation period. Repent, for the Kingdom of Heaven is at hand (Matt.3:2). Blessings!

Posted by MaryLovesJustice Neal at 12:56 AM

Huey Percy Newton (February 17, 1942 – August 22, 1989) was an African-American political and urban activist who, along with Bobby Seale, co-founded the Black Panther Party for Self Defense in 1966. CoIntelPro, a covert FBI program, targeted BPP members for death and false arrests. They infiltrated the BPP using agents members trusted. Using inside provocateurs continues today.

"HAVE THE NAACP PETITION CONGRESS FOR A LAW AGAINST MENTHOL CIGARETTES. THAT'S THE KIND THAT 85% OF BLACK SMOKERS USE." http://rollingout.com/politics/an-end-to-newport-fda-considering-banning-menthol-cigarettes/

Will the traitors you admire in the NAACP and other "leaders" make a commission for each Newport and Kool smoker who goes to jail to take more of your jobs for prison work projects?

I ask you to STOP THE COCHRAN FIRM FRAUD against blacks in America!

It is usual and ordinary for blacks to be used against other blacks in the USA. The U.S. Government used a black nurse to round up victims for the Tuskegee Experiments when the Dept. of Health injected black Alabama men with syphilis to spread the disease throughout the community and kill many people from 1932 through 1972. Please sign the petition to prosecute the murderers who participated in this crime against humanity http://wh.gov/N2bw

Please also help spread the word about The Cochran Firm fraud to protect black people against this CoIntelPro operation.