Occupy Atlanta Needs Help - So Do I 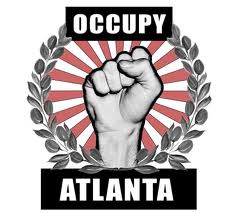 OCCUPY ATLANTA asks for donations for the Glen Iris house in Atlanta. Occupy Wall Street protesters and supporters stand against predatory lending, prison profiteering, and executions in the absence of irrefutable proof. As indicated in these eleven(11) numbered paragraphs, six(6) links, one(1) video, and two(2) photos, Occupy Wall Street protesters obey Proverbs 31:8-9 - "Open thy mouth for the dumb in the cause of all such as are appointed to destruction. Open thy mouth, judge righteously, and plead the cause of the poor and needy." Occupy Wall Street protesters encounter retribution for being doers of the Word like Dr. Marin Luther King, Jr. and others who stood against oppression, including famous people and tens of thousands of unsung heroes. The brave, nonviolent Occupy Wall Street protesters face arrest by police officers equipped with rubber bullets, bayonets, tear gas, and pepper spray. But they persevere in pursuit of liberty and justice for all as America's heroes in other human rights movements did, including slavery abolitionists, suffragettes, peace activists like those at Kent State, and advocates in the civil rights movement. (I first wrote that this post had four links to see which link the stalkers would attack. The DOG JUSTICE poem link was red on cell phone view while the other links were blue as they should be. Apparently, my most censored poem is the link the stalkers chose to hide.) Occupy Movement protesters show bravery despite intense opposition, agreeing with Dr. King, who believed it is "right to protest for right."  See Dr. King's statement below:

3. --- Occupy Atlanta asks for your contributions. This is another opportunity for YOU to be an unsung hero like hundreds of thousands throughout the human experience who will never have their names written in a history book, yet they influenced the course of history for the betterment of their fellow man. Be someone's hero today. Occupy Atlanta's statement of need says:

‎4. --- While struggling to pay off a predatory loan at 10+% interest, Mrs. Eloise Pittman also fell behind on everyday bills. After realizing how seemingly impossible it would be to pay off the entire amount to GA Power, she was able to set up a payment plan with them. This plan allowed Mrs. Pittman to pay a set amount each month to keep the lights on all while the amount of the bill increased disproportionately every day. Once GA Power learned of Mrs. Pittmans death they required that proper paperwork be presented to keep power in the house since the name on the bill would inevitably have to change. While in the process of doing so they cut the power here at the Pittman house. Now the family has to pay the entire amount plus an activation fee to get lights in a home that Chase Bank is already trying to steal from them. (See full statement and your opportunity to assist at the last link below.)

5. --- Happy Black History Month, 2012! When all races and socioeconomic classes work together to resist oppression, we shall overcome.

6. --- This article is cyberstalked. Distribution is prohibited by stalkers. The details are at my JusticeGagged blog "Censorship at Facebook and WePay." Internet sites do not necessarily know about the cyberstalking. Much of it happens when stalkers take over my PC and become my remote hosts, but some things cannot be done by taking over my computer. For instance, stalkers cannot control the order in which comments post at WePay by taking over my PC. Someone reordered the comments posted at WePay to bump my announcement of this article from the first page of the Pittman contribution page to page 2. I tweeted about it and included the link for my JusticeGagged article at Twitter. The post I made at FB wherein I announced this article on my profile page disappeared. After I complained, it reappeared. I also advised a FB activist with cancer to have a computer forensics firm check her PC for a directed energy device. Mine has one that was apparently installed during a repair visit. I think that happened over a year ago. I also made a video of today's censorship at FB and WePay and plan to upload it at my YouTube channel where I share real-time cyberstalking films. I do not know who does it. Stalkers do not announce themselves or their employers. The tweet posted on my view reads:  @RevPinkney @Google @EFF @DJThistle @RCdeWinter "JusticeGagged re Censorship at FB & WePay" http://justicegagged.blogspot.com/2012/02/censorship-at-facebook-and-wepay.html @OWSAtlanta @mmflint #money.

7.  ---  Mary Neal, Director of Assistance to the Incarcerated Mentally Ill http://www.care2.com/c2c/group/aimi , sister of slain disabled American who died after 18 days of secret arrest - http://wrongfuldeathoflarryneal.com/ - Our family is denied records and accountability regarding Larry's wrongful death and persecuted for asking. My computer was sent Trojans and viruses to make it require service. Then during a repair, a directed energy device was added. I suffered a strong blast of radiation last week as I wrote against NDAA and ACTA. Pray for me. The Occupy Movement tries to help people. After numerous tries a few weeks ago, I was finally allowed to join the Occupy Atlanta website. But when I tried to send a message, the stalkers' response was "capital letters are not allowed." See the video that proves I used no capital letters on the screen -  http://www.youtube.com/watch?v=5Pn7HYrymbk - See the video imbedded below.  Twice when I went to Occupy Atlanta in person, I saw men who were assigned to stalk me. Apparently, they spy on the Occupy movement as well. Prevented from communicating with the public freely, we live like prisoners. Have you asked your representatives to support H.R.3785 to repeal NDAA Section 1021, which provides for indefinite detention without any criminal charges and opportunity for defense? My situation proves that people can be mistreated merely because they ask about missing/murdered relatives and promote justice for all. Please vote for H.R.3785 at OpenCongress.org, and write your representatives.

8. --- (They make this statement disappear at will, so I repeated it above: My computer was outfitted with a directed energy weapon during a repair visit, and I was recently blasted with radiation. Sociopaths sent Trojans and viruses to make my computer require repairs, then an evil directed energy device was installed to punish me because I ask for fairness for disabled, victimized Americans of all races and I ask WHAT HAPPENED TO LARRY NEAL.) All we request is DOG JUSTICE http://goo.gl/xAQjl - Instead, the Neal household is endangered every time we go online, including little children doing their homework. I do not know who pays for my censorship, cyberterror, and actual endangerment. No one will claim responsibility, and authorities refuse to investigate the crimes. The Neals must now give up regular communications with the outside world via Internet until we replace the infected computer, and cyberstalkers already took control of our telephone 678.531.0262. They disallow our outgoing and incoming calls at will. While I am offline, please "remember prisoners as though in prison with them and those who are ill treated as though you yourselves are in their bodies" (Hebrews 13:3). Please give special attention to America's naked, incarcerated mentally ill inmates for whose advocacy I am so viciously attacked (Matt. 25:31-40).  I urge all powerful, mercenary banks and corporations and government officials who have abdicated their responsibilities to The People to please repent. The Word says:

9. --- Depart from evil, and do good; seek peace, and pursue it. The eyes of the LORD are upon the righteous, and his ears are open unto their cry. The face of the LORD is against them that do evil, to cut off the remembrance of them from the earth. The righteous cry, and the LORD heareth, and delivereth them out of all their troubles. The LORD is nigh unto them that are of a broken heart; and saveth such as be of a contrite spirit. Many are the afflictions of the righteous: but the LORD delivereth him out of them all. He keepeth all his bones: not one of them is broken. Evil shall slay the wicked: and they that hate the righteous shall be desolate. The LORD redeemeth the soul of His servants: and none of them that trust in Him shall be desolate. ~ Psalm 34:14-22. God bless America with liberty and justice for ALL. 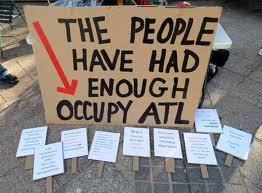 This is a comment field. If you see a symbol that is a black circle with a white line through it from right to left, it means your comment is "silent." I won't see it and no one else will. Why Google has such a function, I do not know. In my case, stalkers use it for censorship and to prevent my ability to communicate with the outside world. My phone 678.531.0262 is taken over, my Internet usage is limited by stalkers, I am followed to the post office to interfere with my mail, and now my comments field at my articles renders comments invisible. Do you know what time it is?

Hello Everybody,
My name is Mrs Sharon Sim. I live in Singapore and i am a happy woman today? and i told my self that any lender that rescue my family from our poor situation, i will refer any person that is looking for loan to him, he gave me happiness to me and my family, i was in need of a loan of S$250,000.00 to start my life all over as i am a single mother with 3 kids I met this honest and GOD fearing man loan lender that help me with a loan of S$250,000.00 SG. Dollar, he is a GOD fearing man, if you are in need of loan and you will pay back the loan please contact him tell him that is Mrs Sharon, that refer you to him. contact Dr Purva Pius,via email:(urgentloan22@gmail.com) Thank you.