Life and Death Matters: Death penalty: Neither just nor moral 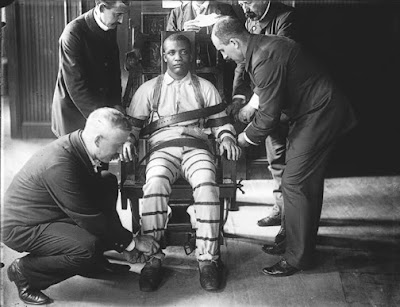 (13 paragraphs, signature block, 6 links)  The article below is from the Blog of Dr. Robert Baldwin, a retired physician who now spends much of his time writing, teaching, and speaking about capital punishment from a faith, philosophical, and logical perspective.  His blog is  Life and Death Matters: Death penalty: Neither just or moral

More than a decade has passed since the state of Utah executed a convicted murderer. Now, as the state prepares to once again apply the death penalty, is a good time for Utahns and their elected leaders to consider abandoning this archaic and deeply flawed form of punishment.

In the interim between the execution of Joseph Mitchell Parsons in 1999 and the expected setting of a death date for Ronnie Lee Gardner, the legal, moral and ethical arguments supporting capital punishment in Utah have been eroding like sand castles at high tide.

That is because the state-sponsored killing of a human being, no matter howheinous the crime, is permitted by a system that has been proven beyond doubt to be inherently capricious, unfair and shockingly fallible. And, one by one, state legislatures across the country are deciding that they can no longer justify, even for merely financial reasons, retaining the death penalty as their supreme form of punishment. Already, 15 states have dropped the death penalty and some dozen others have looked at following suit. Lifetime imprisonment under severe restrictions, arguably worse than death, has become the preferred alternative.

Gardner, 49, was sentenced to die in 1985 for the shooting death of attorney Michael Burdell during an escape attempt at a Salt Lake City courthouse. Gardner, who had been brought to the courthouse for a hearing on robbery and murder charges (he was later convicted), also wounded a court bailiff before he was shot in the shoulder and recaptured. Earlier this month, the U.S. Supreme Court declined to hear his latest appeal and the Utah Attorney General's Office has asked a judge to set a date for his execution by lethal injection.

The welcome retreat from the death penalty in the United States began after1994, a year in which there was an all-time high of 328 death sentences since the Supreme Court restored capital punishment in 1976. Last year brought just 106 new sentences. The downward trend has been driven by high-profile cases in which inmates have been sprung from death row by new evidence based on DNA testing, or by key prosecution witnesses recanting their testimony.

The Death Penalty Information Center has identified 129 inmates who have been released from death row since 1977 owing to new evidence. Nine were exonerated and freed last year after serving a combined 121 years behind bars. There simply is no denying that our system of capital punishment in the United States is unalterably broken. To continue to adhere to it is to tread beyond the bounds of what constitutes a humane, moral and just society.

Modern execution is most often done by lethal injection, as depicted in the last photo on this page.  But no method of execution can mask the barbaric exercise that it is.  It is impressive that Dr. Baldwin is using his retirement years to educate us on this subject.  After linking the article above to my FreeSpeakBlog, I wrote to thank Dr. Baldwin for his article and his voice against capital punishment.  I sent the comment to him at Facebook and asked him to join my friends circle there.  The computer censorship team immediately zapped my Facebook comment.  I do not know if Dr. Baldwin actually received it.  I read that the FBI is at work at Facebook now.  MSN recently reported that the FBI also works at Twitter and LinkedIn.  The report was remiss.  Cyberstalkers work across the entire Internet to curtail free press rights for everyone who writes online about wrongs that should be corrected in our justice system.  See an example of cybercensorship to protect the prison industrial complex at this two-minute YouTube video:  PRISONS EARN $878 MILLION ANNUALLY BY POISONING INMATES AND GUARDS, LAWSUIT ALLEGES - http://www.youtube.com/watch?v=icRD77mugaI

I will try to contact Dr. Baldwin and see if he actually received my email.  I doubt it.  Cointelpro became aware of how useful computers are to We the People demanding justice several years ago when approximately 30,000 people met in a demonstration in Jena, Louisaina to protest discrimination against six African American youths who were subjected to racism in the justice system.  The demonstration drew people from all over America, and it was completely organized online.  Since then, the Internet has been monitored and controlled, particularly regarding advocacy that reveals problems and demands improvements in the justice system.  The elite discovered it is insufficient to own and control mainstream media, which censors news on demand, because millions of Americans now use computers to communicate about injustices that happen.

Technology enabled commuters to capture video when B.A.R.T. officers stretched 22-year-old Oscar Grant on the platform of a San Francisco commuter train station and shot him in the back on January 1, 2009.  Officers tried to confiscate all of the video cell phones and digital cameras that onlookers were using to film the young father's murder while he was out with friends for the holiday.  But some commuters did not relinquish theirs.  Therefore, police were unsuccessful in attempts to hide Grant's murder as they did thus far regarding my brother's murder.  One of the police officers (the shooter) was charged with Grant's murder because so many people saw the murder.  Contrarily, my family has been denied all records and accountability for my brother's 18-day secret arrest and murder in Memphis Shelby County Jail, thanks in large part to a cover-up facilitated by the Johnnie Cochran Firm which pretended (under contract) to act as his wrongful death attorneys.  See Wrongful Death of Larry Neal - http://wrongfuldeathoflarryneal.com/  - 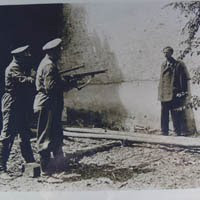 I agree with Dr. Baldwin that capital punishment is wrong.  I wrote seven reasons why it is wrong in a comment at Dr. Baldwin's blog at the sight of his article posted above.  When I visited his article, first my comment was invisible, then it suddenly appeared - probably more computer tricks.  Opposition to human rights for prisoners is strong among prison investors, who reap huge benefits because America imprisons 2.3 million people, including 1.25 million mentally ill citizens who should be in hospitals or in communtiy treatment programs, depending on their offenses.  Each inmate in the general prison population costs from $16,000 per year in Georgia to $60,000 per year in New York.  Sick prisoners and condemned persons cost significantly more than that.  Each condemned person costs taxpayers an additional $90,000 per year, according to the Death Penalty Information Center (DPIC).  That is why cybercensorship is used to limit human rights activists' ability to share valid reasons for ending capital punishment.

I have hundreds more cybercensorship videos that illustrate how determined the prison industrial complex is to continue America's skin trade, which moved from plantations to the prison industry after the Civil War.  When I sue for the illegal attacks against my freedom of press rights, I hope Dr. Baldwin and many of my network friends and members of online groups who are denied receipt of my emails and articles will join in the lawsuit.  Their rights are violated  like mine are when they are deprived of mail that is addressed to them or when the mail arrives blank.  That happened to ecards I sent to hundreds of people to protest a wrongful execution that was planned in Dr. Baldwin's state, Alabama.  Thomas Arthur passed his DNA test and the court received the forensic lab's results in July 2009, but the judge sealed Arthur's DNA results and the D.A.'s office reported plans to request Arthur's death warrant in August.  Innocence does not matter as much as it should in the criminal justice system.  See more about that drama by browsing at Google for "Mary Neal Thomas Arthur."

The death penalty needs to be repealed across the nation and around the world.  Apparently, they who censor online communications about the issue already know that people will likely respond to sound reasons why capital punishment should be repealed.  It is an immoral, expensive exercise in a system where many innocent people have been wrongly convicted and some were wrongly executed.  I join Dr. Baldwin in saying DEATH TO THE DEATH PENALTY!

Write P.O. Box 153, Redan, GA  30074-0153 for a copy of cybercensorship videos illustrating more illegal cyberstalking like you see in "Prison Labor Profits" at YouTube - http://www.youtube.com/watch?v=icRD77mugai  - See with your own eyes how much effort is put into preventing this writer from revealing something that mainstream media will not - The Cochran Firm Fraud (Google that term).  Thanks for your interest in justice.

.
Posted by MaryLovesJustice Neal at 5:03 AM