ARE YOU THE COCHRAN FIRM? IF SO, I HAVE A LAWSUIT FOR YOU. 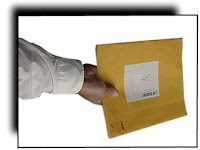 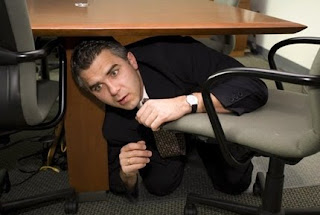 It depends. Is that a lawsuit for us to handle for you, or are you serving a lawsuit against us?

(5 paragraphs, 3 links)  Schizophrenia:  A mental disorder that makes it difficult to tell the difference between real and unreal experiences, to think logically, to have normal responses, and to behave according to acceptable standards of society.  Psychiatric treatment is important for people suffering from schizophrenia and other chronic mental conditions.

H.R.619 H.R.3717 is a congressional bill that was introduced in January 2009 December 2013 to resume Medicaid for people to have inpatient hospital coverage for certain mental hospitals.  Please support this important bill.  Many people suffer from identity crises, narsissistic disorder, schizophrenia, and other problems that require treatment.  Unfortunately, when some acute mental patients do not get the help they need, their judgment becomes irrational and results in behavior that is dangerous for themselves and their associates, neighbors, and families.  Alleged criminal conduct by sick people has resulted in 1.25 million of the nation's 2.3 million incarcerations, usually after avoidable tragedies.  One of the worst types of mental illness is described at the link below for "Profile of a Sociopath"*.  If you or a close friend, associate, or family member has untreated mental illness, it is important to seek help without delay.  Everyone shares common bonds.  What affects one directly affects all to varying degrees.

[UPDATE March 2014 - It is too late to support H.R.619. The bill that would have helped to decriminalize mental illness died in committee in February 2011.  Prison investors moonlighting as elected officials and the media would not give the bill the public announcements needed to notify Americans that a safer, less expensive option to imprisoning mental patients was before Congress. My efforts to notify families with severe mental patients and humane people who care about H.R.619 were censored.  The bill to resume Medicaid for inpatient mental hospitalization received exactly ZERO mainstream news coverage for the two years it was before Congress during a time when nearly every newscast featured health care reform. That was intentional. Inpatient treatment for mental illness was also omitted from the national health care bill that Congress passed in March 2010. Yet mentally ill Americans are on death row.  Families with acute mental patients, beware. "They don't really care about us" - MJJ. In December 2013, Rep. Tim Murphy introduced H.R.3717 "Helping Families in Mental Health Crisis Act." Please research and support it.]

Most mentally ill people are neither violent toward others nor suicidal.  In fact two-thirds of inmates in America were sentenced for non-violent offenses such as drug-related infractions.  Some incarcerated psychiatric patients have no criminal charges against them whatsoever, but they were arrested on lunacy warrants during a health crisis.  It must be acknowledged, however, that some mentally challenged people are imprisoned after violence.  A system that reacts after avoidable crimes errors, and such errors have potentially dier consequences for our most vulnerable citizens and everyone associated with them.  We must regard mental illness as we do other chronic health conditions like diabetes that require monitoring and treatment to enable victims to lead wholesome lives.

* The profile of a sociopath is available at this link:  http://www.mcafee.cc/Bin/sb.html  - Definition "E" in the third category (DSE-IM) is particularly concerning:  Reckless when it comes to their own or others' safety.