On Feb. 4, a law enforcement “task force,” including Memphis police officers, shot and killed Markell Atkins, 36. U.S. marshals, who led the task force, allegedly came to the home of Atkins to serve a warrant for his arrest in the death last year of a child. The cops claim Atkins, who was black, threatened them with a knife so they killed him. Family members present at the home said Atkins was in the backyard feeding a pet when the cops came.

The very next day, on Feb. 5, Memphis cops used rubber bullets against a white man, Terry Burch, suspected of stabbing a woman, according to a local TV station. Burch allegedly had a knife, but according to the Commercial Appeal newspaper, police sent negotiators to talk to him while he was inside a house. He was later arrested and put in jail.

Less than a week later, on Feb. 10, Tony Bess, 48, who was black, was shot and killed by Memphis cops at his home. Memphis police allegedly came to Bess's home to serve a warrant for his arrest for an assault he allegedly committed this past weekend in a Memphis suburb. Initially, the cops claimed that Bess threatened them with a gun. But now, the local news media report that: 1. In the process of killing Bess, one cop shot another cop, and that 2. Bess never fired a gun that he allegedly had at the time the police came into his bedroom.

Burch is alive because he is white. Atkins and Bess are dead because they were black, gunned down by Memphis cops acting as their judges, jury, and executioners.

Atkins was the 25th person and Bess the 26th person killed by Memphis police during the reign of terror conducted by the police department beginning in February, 2012. Only one cop has been prosecuted for any of these 26 deaths. 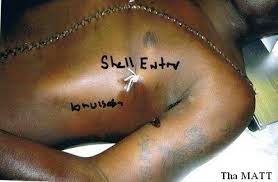 Memphis cops get away with murder because they are rarely ever forced to testify in court about their use of deadly force. Instead, the medical examiner, the county prosecutor, and the cops meet together in secret and decide that the killings were “justified.”

Under Tennessee law, Memphis police who kill people can be subpoenaed to testify in an inquest. For an inquest to be held, two people, preferably family members (but they don't have to be) must sign an affidavit and file it with a General Sessions Court judge, saying that they believe a person was unlawfully killed by another person. It is not necessary for the affidavit to be filed by a lawyer. Thee is no statute of limitations on murder. An inquest is a criminal proceeding. It has nothing to do with a lawsuit, which is a civil action that family members may choose to file against the police for the wrongful death of a loved one.

Will inquests guarantee an end to the reign of terror by the Memphis Police Department? No, they won't. But at the very least, inquests will require the cops to testify under oath and make it more difficult for the medical examiner and the prosecutor to cover up the truth when the police use deadly force. 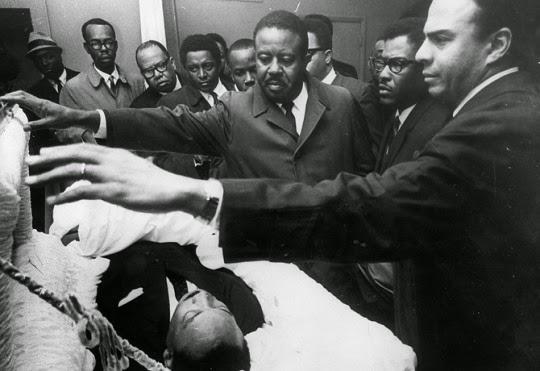 It is this writer's assumption that Memphis Police Department is excused from federal overview because of a 47-year-old cover-up involving the assassination of Rev. Dr. Martin Luther King, Jr.
https://missiongalacticfreedom.wordpress.com/2014/02/09/the-us-government-was-found-guilty-in-court-for-the-assassination-of-martin-luther-king-jr-it-was-never-reported-by-the-msm/ 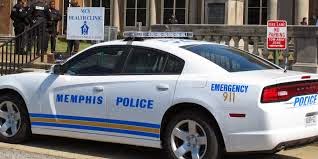 Thank you for your interest in how America contains news about crimes against humanity that happen here. Justice is gagged. My computer froze for roughly two hours as I readied the report from Black Autonomy Federation for publication last night. I assume murderers and accessories to murders after the fact regarding the Wrongful Death of Larry Neal, my disabled brother who was secretly arrested for 18 days and murdered in Memphis, Shelby County Jail, are upset that Ms. Ervin said two relatives of deceased parties have the right to request inquests. My computer was apparently being controlled by someone outside the USA. It said "INTL" where it presently says "US". I could not turn the computer off, and I had no access to my cursor.

IF either of the eight(8) url links in this article fails to connect you to appropriate web pages, then please copy the link and paste it into a new tab to reach the censored data. If that fails, paste the link first into a Word document or an empty email. Look for and remove codes at the end of the link and any spaces that appear therein, then try pasting the link into a new Internet search field. Access the news links immediately below for more information on the recent Memphis deaths and the safe arrest of Terry Burch:

Posted by MaryLovesJustice Neal at 1:08 PM

Yes, I got my "fat stomach" ad, so that means this is excellent information. When oppressors dislike my articles, they confirm their distaste with ads of fat stomachs, home security, etc. Thank you, JoNina.

The stalkers went crazy when you advised that family members and others can demand inquests, JoNina Abron-Ervin. That is what my family may do regarding the secret murder of Larry Neal >>

Stalkers took over my computer for more than an hour. I wrote about it in the article at the first link above. Thanks for your work for open disclosure and justice in Memphis, the death place of MLK. That is why Memphis police are not investigated and brought into 21st century standards, I believe: the MLK cover-up happened there, and the public does not have all the information involving the feds.