BLACK HISTORY MONTH 2015 - "Human Rights Demand" began a discussion on Wednesday, January 28, which continues throughout February: "Secret War on Black America and Victims' Families." Please call (347)857-3293 Wednesdays at 9pm EST to participate. Family members of victims often experience retaliation in the form of financial persecution, police harassment, arrests, or even murder, especially if they expose and oppose wrongful convictions or wrongful deaths. In the bad old days, crosses would burn in Black survivors' yards to warn them against seeking justice after lynchings. Retribution sometimes happens to non-relatives and unrelated supporters, i.e., attorneys and civil/human rights advocates. Eighteen(18) examples might include:

~Kendrick Johnson, Jr. was killed and organs stolen in Lowndes Co., GA - His parents are currently being prosecuted for complaining.

~Jason Smith, 14, died in LA, and his organs were stolen - Father claimed being run out of Eros by the KKK.

~ji-Jaga Pratt was wrongfully arrested 27 yrs on a CoIntelPro setup - His godson, Tupac, was killed by an unknown assassin.

~John Crawford, III shot by Ohio police in Walmart - His girlfriend, Tasha Thomas, was interrogated by police and died in a suspicious car accident 1/1/15.

~Tamir Rice, 12, shot dead by Officer Tim Loehmann in OH - His sister was arrested at the scene.

~Darren Rainey killed by scalding in a FL prison - Psychotherapist George Mallinckrodt was fired for complaining about his patients' abuse.

~Lynn Stewart, Esq. represented members of the Black Panther Party and others against the government - Her NY license was suspended, and she was jailed on a 10-year sentence until winning a compassionate release due to illness.

~Social Studies teachers at Howard U Middle School - Fired for teaching Black History. Some objected to the common core curriculum.

On February 4, 2015, our special presenters will be Ralph Poynter and Randy Short. Poynter is a retired New York school teacher, a former union organizer and legal investigator. Short is a well-known human rights advocate who regularly addresses matters of human and civil rights concerns on international media. Human Rights Demand issued an invitation to Alton Maddox and Lynn Stewart to join us on a Black History Month program later in February. We hope to present journalists from African American media companies on a later show, also. Bob Darby will speak during one broadcast about the civil rights era from the standpoint of a Southern Caucasian abolitionist, including the Freedom Riders, his work with a civil rights group at Emory University during the 60s, and the reaction of his fellow students in the Northeastern college he attended upon hearing the announcement of Martin Luther King, Jr.'s death. On February 18, our guest will be H.I. Williams and another guest who will address police oppression and the prison industrial complex.

If you have experienced retaliation or wish to discuss either case listed above or others, please call in every Wednesday in February when the "Human Rights Demand" subject will be retribution. We are particularly interested in speaking with the eighteen(18) people listed above or their representatives. Listeners who do not wish to speak can join us via phone or computer. Archived tapes will be stored at the link below for future access and re-played every Sunday at 3pm EST throughout February.
http://www.blogtalkradio.com/humanrightsdemand

The article, "Secret War on Black America and Victims' Families" is in FreeSpeakBlog
http://freespeakblog.blogspot.com/2015/01/secret-war-on-black-america-and-victims.html

"Secret War on Black America and Victims' Families, Part 1" radio program was taped January 28. It is archived at the link below and can be accessed for listening any day, 24/7.
http://www.blogtalkradio.com/humanrightsdemand/2015/01/28/secret-war-on-black-america-and-victims-families-part-1

The Kendrick Johnson Case - Elaina Porter joined Mary Neal for a broadcast on February 3, exposing oppression against the parents of Kendrick Johnson, the 17-year-old from Lowndes County, GA whose parents are in court this week facing a year in prison because they blocked the courthouse to insist on answers as to how Kendrick was killed in his high school and his organs were stolen.
http://www.blogtalkradio.com/humanrightsdemand/2015/02/03/kendrick-johnsons-parents-prosecuted-4-protesting-sons-murder-and-organ-theft﻿

The five(5) url links above should be active. Click them to reach the data, or copy and paste each link into a new tab.

ANNOUNCEMENT: You are invited to contact Mary Neal to become a radio guest or weekly program host (short-term or long-term) and make a human rights demand regarding any issues of legal, social, or economic justice. Guests at "Human Rights Demand" channel are not selected on the basis of race, socioeconomic status, or ethnicity. Every human being has the right to life, liberty, and protection of property. Upcoming weekly programs include Bob Darby, an advocate for the homeless (returning); Ralph Poynter, a human rights advocate whose background includes teaching, labor unions, and conducting legal investigations; and Mary Diaz, a prisoner advocate primarily for Florida prisoners. The times available for regular program hosts are either 3pmEST (preferred) or 8pmEST. "Human Rights Demand" is particularly interested in adding a Native American advocate, and we invite a children's rights advocate to expose problems in the child welfare system (Mondays, Tuesdays, Thursdays, and Sundays are not available, as they have been taken). Guest hosts have their own programs on a particular day of the week, and they can invite their own guests. Mary Neal will run the radio board for all programs.

Thanks for promoting justice and participating in our "Black History Month 2015" by sharing this invitation.

Archived tapes from the Black History Month programs are re-played at "Human Rights Demand" channel on Sundays at 3pm EST and are available after live shows for public access 24/7. If you are prevented from accessing the data at any of the six(6) links above, escape censorship by copying the link and placing it into a new search tab, preferably at Google. The header for this article is repeated below. 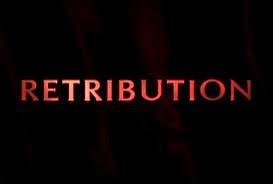 ******
SEND YOUR ANNOUNCEMENTS FOR FREE PUBLICATION. Send your community service announcements to the MaryLovesJustice@gmail.com email address in order to be considered for publication in this "Human Rights Events by MaryLovesJustice" blog. Political and Christian announcements are usually welcome. If you do not receive a confirmation within 48 hours, please re-send the announcement, and call (571) 335-1741 for Mary Neal or the cell phone number (678)531.0262.

Posted by MaryLovesJustice Neal at 12:31 PM

Human Rights Demand, a Blogtalkradio channel, presents
"Secret War on Black America and Victims' Families"
Mary Neal, station director
MaryLovesJustice@gmail.com
(678)531.0262 or (571)335-1741
Wednesdays throughout February 2015, at 9pm EST
Join discussions via phone (347)857-3293, or computer
http://www.blogtalkradio.com/humanrightsdemand
(Archived tapes are re-played on Sundays at 3pm EST and are available after live shows for your access 24/7)