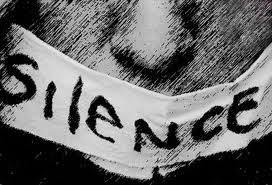 In Nazi Germany, the mentally ill
Were the first to go
It still seems a good starting place
Any reason to change it? No

When the camps are ready


Update January 11, 2015 - This poem was published years before NDAA was introduced, which allows American citizens to be placed in concentration camps without criminal charges or any opportunity for trials. "Dying Liberty" was written before ignoring the Sixth Amendment to do extrajudicial assassinations against Americans was legal.  I could see by the secret arrest and murder of my mentally, physically disabled brother, Larry Neal, and the denial of due process of law his death engendered that civil rights were disregarded for him and his family. I knew it would only be a short while before fascism spread. Sorry to say I told you so. At this date, gross civil and human rights abuses are still limited primarily to people of color and the nation's homeless and mentally ill population, but fascism is spreading fast.

Nazi Extermination of the Mentally Ill in Germany and USA
http://freespeakblog.blogspot.com/2010/02/nazi-extermination-of-mentally-disabled.html 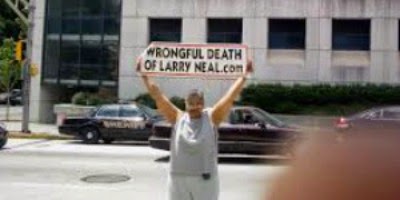 Posted by MaryLovesJustice Neal at 8:48 PM

4/4/11 - Just returned from a WeAreOne march and rally. We met at the King Center on Auburn and walked to the GA Capital. This is the tweet overlords instructed their cyberstalkers to disallow at Twitter:

H.R.619 is a moot bill now, but conscious people should still contact their representatives and support the concept of treatment replacing punishment for mentally challenged Americans and immigrants. The media refused to give news coverage regarding the congressional bill that would have helped decriminalize mental illness, and individuals' attempts to notify the public were curtailed by censorship. Prison profiteering.

These paragraphs used to be underneath the poem above, but most the the info is moot now. The U.S. Congress did pass NDAA, and President Obama signed it New Year's Eve 2011. Our civil rights are gone. Luckily, a new bill to protect mentally ill Americans is before Congress: H.R.3717 "Helping Families in Mental Health Crisis Act. Support it, please. The former paragraphs were:

[December 2011 Note: It is too late to vote for H.R.619 (discussed below). That was a bill introduced in January 2009 to keep mentally ill Americans out of prison by reinstating Medicaid for inpatient treatment. Mainstream media refused to notify the public about the bill's existence, and it died in congressional committees in February 2011. Now is the time to worry about staying out of prison ourselves. On November 30, 2011, the 112th Senate passed S.1867, the indefinite detention bill that allows for military arrests of Americans without the government levying any criminal charges or allowing any opportunity for citizens' self-defense in court. Such power is strictly forbidden by the Constitution, but apparently, that beloved document is impotent. Some people thought it could not happen in the USA, but that hope is debunked. Learn more about Americans going CAMPing in this article: "Three Myths About the Detention Bill" http://goo.gl/t6dey . One thing that might help is if we can manage to keep net freedom. If people are being rounded up and interned, access to mass communication could be used to warn neighbors to get packed for camp. However, the Internet could be put under the Justice Department through pending congressional bills H.R.3267 and S.968 - bills that are supposedly intended to protect intellectual property rights for artists. It seems like they thought of everything: Television is digital, small boarders to Canada are closing . . . ]

PLEASE VOTE (too late now) at OpenCongress.org in favor of H.R.619 to resume Medicaid for mental hospital insurance (as opposed to imprisoning people for being sick) http://www.opencongress.org/bill/111-h619/show Mentally ill people should be in treatment, not jails and prisons. And America's mental patients certainly should not be murdered because their behavior makes them a nuisance to police, including African American sick people in the Deep South. If police kill sick people, like Larry Neal, the United States Department of Justice should not help police escape accountability. See the Freedom of Information Act request that the USDOJ refuses to respond to about Larry Neal's secret arrest and murder in Memphis Shelby County Jail in 2003 - http://www.nowpublic.com/health/foi-request-usdoj-re-larry-neal-and-cochran-firm-fraud
.

YOU CAN HELP! Please Phone, Write, and Vote for H.R.619 - federal bill to resume Medicaid for Psychiatric Inpatients
http://www.care2.com/c2c/groups/announcement.html?gpp=17280&pst=910273&posts

TRY to sign a petition for the Department of Justice to investigate Larry Neal's secret arrest and murder. They may not let you sign. http://www.petitiononline.com/Neal/petition.html

Tags for this article: DyingLibertybyMaryNeal, 21stCenturySlaveSongs, wrongfuldeathoflarryneal, indefinitemilitarydetention, "S.1867", "S.968", "H.R.3261", EndGameReports, AssistanceToTheIncarceratedMentallyIll - Character count says these are 187 characters, but cyberdogs pretend they are more. This is because of DYING LIBERTY.


In Nazi Germany, the mentally ill
Were the first to go
It still seems a good starting place
Any reason to change it? No