Citizens Police, My New Neighbors and Yours 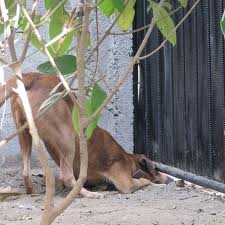 (21 paragraphs, 14 links (incl. signature block)) When I was a child, I used to watch old movies after school.  The Early Movie show that came on at 3:30 p.m. presented black and white films with some of Hollywood's greatest actors and actresses.  Many of the movies had a patriotic theme and portrayed America's role in defeating Nazism during World War II.  One thing I learned watching the movies was that Hitler had lots of citizens police - people who reported on their neighbors to the Third Reich.  The Germans talked in whispers in their own homes, especially if they were sympathetic to the plight of mentally ill citizens or Jewish people, who were being rounded up and murdered by the government.  Now America has its own force of citizens police.  Thousands of Americans are compensated to help satisfy the government's quest to know everything about everyone.  I suspect that some citizens police not only monitor Americans, but they may also used for gangstalking, monitoring and/or taking over citizens' computers through remote access, and other objectionable activities.  Google "citizens police," or use this link:  http://alturl.com/frqu  Why does America need so many citizens police?  What is happening or what is planned to merit covertly watching citizens?  Is something planned that the government knows many Americans will not agree with whatsoever?

Georgia's housing industry suffered during the economic downturn.  During 2008, numerous homes on my street were foreclosed.  My family was surprised that no "for sale" or "for rent" signs appeared in the yards of the houses that are appraised for $100,000 more or less.  Why were they preserved empty for months?  During the couple of weeks before and after Judge Batten, of United States Superior Court, dismissed our lawsuit against The Johnnie Cochran Firm, all the foreclosed homes on our street suddenly filled with new occupants who already seemed to know each other.  The court deemed it was "immaterial" for The Johnnie Cochran Firm to defraud my family to withhold accountability by Memphis Shelby County Jail, although the firm was under contract to be Larry Neal's wrongful death attorneys. That seemed strange.  During that court process, intimidation against my family intensified. 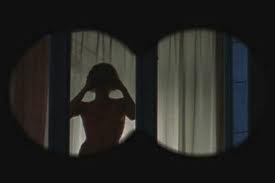 After being followed and accosted on September 27, 2008, by a USDOT truck and four other vehicles (two of which had drive-out tags), I decided to record license numbers for the new neighbors.  Many of them also had drive-out tags.  Some had tags that read "GOV."  I noticed that when I published articles at http://NowPublic.com/duo (usually after much interference), the lights would go on at my new neighbors' homes and they would go back and forward to each other's houses - even at 4:00 a.m.!  Whenever we open our front door, there is always a neighbor standing in his/her driveway looking at our house - even in the winter.  The man across the street from us used to back his truck into his driveway at night, seemingly so that he could watch our house out of his windshield during sleet and hail.  Later, he moved and a new group of people came.  Within days of their arrival, a large USDOT truck made deliveries to their house.  Do USDOT trucks make deliveries to your neighbors, too?  If not, try writing articles about justice or the lack thereof.  If you write it, they will come. 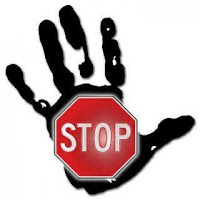 For around a year and a half after my most horrowing stalking experience when DeKalb County 911 police did not respond to my emergency call, my elderly mother and I stayed home for safety.  We are persecuted for asking why Memphis police were allowed to secretly arrest and murder my mentally, physically ill brother without having to account for his death and because I write articles that expose THE JOHNNIE COCHRAN FIRM FRAUD (Google it).  We had many episodes of computer takeovers (via remote access), gangstalking, etc., even at our home.  Recent VIDEO:  Stalkers outlined my yard in paint; then helicopters stood still overhead http://www.youtube.com/watch?v=znJS-6qw__8  My elderly mom was so unnerved by the helicopters sent to intimidate us that she said, "ARE THEY GOING TO BOMB US NOW FOR ASKING ABOUT LARRY?" It was an incredible day. We had company (a witness) that day like we did the day a lethal injection bed with my name underneath popped out at me while I was working at Care2, and the witness wrote an affidavit attesting to the cyber terror, which I filed in USDC in the Neals v. The Cochran Firm case. Plus I filmed the helicopters and audiotaped the loud roar of the helicopters' engines while still inside my room. They were so loud while standing still over our hose that it felt like the house was shaking. 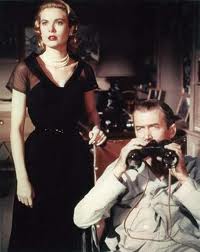 Today I checked the homes that house our new neighbors with the DeKalb County Tax Assessor's office.  I was not surprised the records confirmed our suspicions about them.  Most of them are listed as "9 - Public Utility or Government," and others were listed as "H - Sales to/from Bank."  The people in the tax assessor's office were surprised, because banks usually sell foreclosed homes.  Question:  Do citizens police pay rent, or do they live free for services rendered?

I do not believe the citizens police are on my street just to take over my computer via remote access, monitor visitors at my home, etc.  Another neighbor, John, told me about people stealing his garbage.  John said his security camera captured footage of a culprit stealing garbage that he and other neighbors had on the curb for pickup.  John puts his trash on the curb at night, because the sanitation trucks come early.  John told me that the next morning when he drove down my street, he recognized his own trash at the curb of another house. John said he could easily recognize his trash because he used a clear trash bag and he also had several boxes that did not completely contain the things he was discarding.  John suspected the person was into identity theft.  While he talked about identity theft, I pictured citizens police sifting through neighbors' garbage to learn all they could about John and other neighbors.

It saddens me that America reminds me of Nazi Germany - a place where thousands of mentally ill people and millions of Jews were secluded and exterminated.  There are 1.25 million mentally ill people imprisoned in the U.S. today.  I write articles to advocate for acute mental patients to be hospitalized or treated in their communities rather than imprisoned.  I protest my own handicapped brother's secret arrest and murder behind bars.  Visit my website at http://wrongfuldeathoflarryneal.com/ .  I alert citizens about eroding civil and human rights.  I believe the government should resist the impulse to use law firms to ascertain confidential information about citizens or to hold down settlements and awards due people who were wronged by police.  Consider this article:

The FBI has a new set of eyes and ears, and they're being told to protect their infrastructure at any cost. They can even kill without repercussion. Today, more than 23,000 representatives of private industry are working quietly with the FBI and the Department of Homeland Security. The members of this rapidly growing group, called InfraGard, receive secret warnings of terrorist threats before the public does -- and, at least on one occasion, before elected officials. In return, they provide information to the government, which alarms the ACLU. But there may be more to it than that. One business executive, who showed me his InfraGard card, told me they have permission to "shoot to kill" in the event of martial law.

InfraGard started in Cleveland back in 1996, when the private sector there cooperated with the FBI to investigate cyber threats.  InfraGard is "a child of the FBI," says Michael Hershman, the chairman of the advisory board of the InfraGard National Members Alliance and CEO of the Fairfax Group, an international consulting firm.

"Then the FBI cloned it," says Phyllis Schneck, chairman of the board of directors of the InfraGard National Members Alliance, and the prime mover behind the growth of InfraGard over the last several years.
___________

In addition to America having large numbers of citizens police disbursed in residential neighborhoods and the FBI working through private enterprises (including law firms), the FBI is also making friends on Twitter, Facebook, and LinkedIn, according to a recent MSN report at this link:  http://www.msnbc.msn.com/id/35890739

When did Americans get so awful that 2.3 million of us are prisoners, 1 in 30 are either incarcerated or parolees or probationers, and the rest of us have to be watched so closely?  Militarized health care would certainly have millions of dissidents.  See the article at this link: http://www.globalresearch.ca/index.php?context=va&aid=14580

H1N1 Pandemic: Pentagon Planning Deployment of Troops in Support of Nationwide Vaccination - Militarization of public health in the case of emergency is now official, by Michel Chossudovsky

Writing against my brother's secret arrest and murder* plus my articles against enforced vaccines apparently put me on watch lists and probably generated homes and jobs for citizens police.  See this link:  http://www.care2.com/news/member/513396753/1214595

Tens of thousands of "dissidents" who object to enforced vaccines signed petitions by Amnesty International and Citizens for Legitimate Government and other organizations.  See some of their comments and/or join them at this link:   http://www.thepetitionsite.com/1/refuse-and-resist-mandatory-flu-vaccine

Perhaps authorities plan something so objectionable that they perceive citizens police will be kept busy, so they are being put in place now.  Millions of people would object to being sent to concentration camps, as proposed under congressional bill H.R.645 - http://www.nowpublic.com/world/american-concentration-camps-proposed-congress-h-r-645

People have talked about it for generations, but perhaps these really are the End Times.  See my article entitled, "End Game Reports" at this link:  http://freespeakblog.blogspot.com/2009/10/end-game-reports-by-mary-neal.html

Why not call your county's tax assessor's office and check to see which of YOUR neighbors live in "public utility or government" houses?

Have you considered the Rapture lately?  It may be later than we think.

*Website - http://wrongfuldeathoflarryneal.com/
Mary Neal, truth teller, former director of Assistance to the Incarcerated Mentally Ill, demoted to co-director of Assistance to the Incarcerated Mentally Ill http://www.care2.com/c2c/group/aimi - Cyber stalkers are paid to work against me at that site, while I do not get paid. I used to be director, but as the site grew in popularity and importance, cyber stalkers appointed by ? took it over. Sometimes I am not allowed to do any input at my own Care2 site. See "Mary Neal v. USA re Racism." Have any neighbors been appointed to you yet? If you do human rights advocacy, maybe you just didn't notice yet. 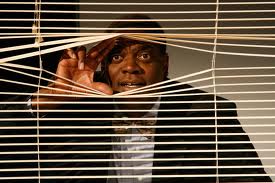 Posted by MaryLovesJustice Neal at 8:41 PM

If you write in English, I can answer. Thanks.

HIGHER-UPS, DID Y'ALL SELL AMERICA?

Thanks for your interest.