Gov to Americans: Back That Thang Up!

BACK THAT THANG UP! The U.S. Government under the Obama administration is making plans to tell ALL Americans to "Back That Thang Up" and receive DOZENS of mandatory vaccines.Listen on Wednesday nights to our "Stop Mandatory Vaccines" broadcasts at "Human Rights Demand" channel on Blogtalkradio. If we experience another hacker attack, please join us at (605)562-0020, code 992-212-650#. I recognized two weeks ago that everything I have written over the last ten years pertains to two subjects: eugenics and depopulation. 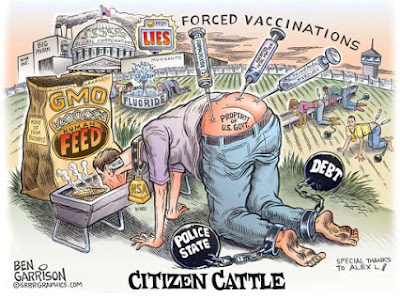 [We were kicked off air at Blogtalkradio as I explained the connection between NDAA concentration camps with the National Adult Immunization Plan (NAIP). In 2009, the State of Massachusetts passed a Martial Law bill to intern everyone who refused to take H1N1 vaccines in concentration camps if an emergency was called. We resumed the show at FreeConferenceCall.com.]

Earlier this year, Americans were invited to comment on government mandated vaccines for everyone in the country, including adults.
http://right.is/healthcare/2015/02/us-government-moves-on-nationwide-adult-vaccination-504.html

Many people were not prepared to comment initially, so we offer the opportunity to examine the National Adult Immunization Plan (NAIP) and comment here. Whenever one is considering medical procedures, one must check the providers' references. See "A Brief History of the Government's Respect for Human Life"
http://whatreallyhappened.com/WRHARTICLES/biowar.html

The gov site directly above could not link at my Blogtalkradio billboard for September 2. I think you should take a look at it. Our September 2, 2015 show was taped at Blogtalkradio and should be archived at
http://www.blogtalkradio.com/humanrightsdemand/2015/09/03/stop-mandatory-vaccines-sept-2-2015

I saw that my phone hackers were running out of patience with me at Blogtalkradio when they disconnected me, so I stopped taping the September 2 show after 1.5 hours although we pay for 2-hour shows.

The Blogtalkradio billboard for Episode 1 appears in tiny typeface. It is repeated here:
Human Rights Demand channel presents Episode 1 of "Stop Mandatory Vaccines" on August 26, 2015. Our special guest is to be Dr. Shirley Moore, who will discuss H.R.15090 [supposedly, a government plan to use AIDS to depopulate American Blacks, dated 1970]. Call (347)857.3293 to speak on air. Mary Neal, the channel director and host, will discuss a medical experiment that was done in the 1970's using Black girls in Fayette County, TN through the U.S. Health Dept. that has never been revealed, as far as I know. The experiments were for a birth control drug, depo provera, that was not released by the FDA until the 1990's. When I read about FDA's approval of birth control shots in 1992, I was shocked, because I have friends who were given the shots as minors some 20 years before. The medical magazine where I read about the "new" birth control said the drug was "tested on women in a third world country." That "country" would be my small hometown in Tennessee, and the "women" were actually children who were administered the shots and monitored like Alabama farmers who were subjected to the Tuskegee Experiments - a syphilis study that happened from the 1930's to the 1970's. Dr. Randy Short may join us, also. Please don't miss the show. It was very hard to schedule.

==================
I first wrote about the depo provera experiment on Tennessee Black juveniles at HubPages in an article entitled "NAACP vs. Black Cigarette Smokers" under the subtitle "Racism and health care make a dangerous mix." at http://maryneal.hubpages.com/hub/NAACP-vs-Black-Cigarette-Smokers 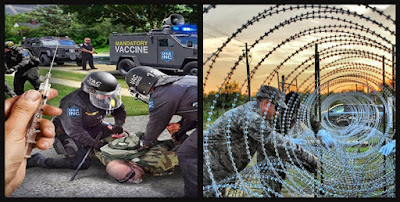 
Professor James F. Tracy wrote about the government's mandatory vaccine plan in "Right.is" in February 2015, at the third link above. Excerpt: “[T]he NAIP is intended to promote coordinated planning and action across all stakeholder groups,” the 52-page document reads, “[i]ncluding those within and outside of the federal government” (p. 6). In addition to the health and personnel-related agencies within HHS’ purview, such as the Centers for Disease Control and the Food and Drug Administration, other government and “stakeholder groups” include the Department of Defense, the Department of Homeland Security, the Department of Justice, the “vaccine industry” and “academic/research organizations” (p. 7).

I note that the intended recipients of dozens of government-mandated vaccines are not listed in this section as being a "stakeholder."

Professor Tracy wrote, "Under the NAIP, all adult American citizens will be compelled to receive current and retroactive vaccination regimens that may amount to several dozen “shots” per individual during their “catch-up” phase. Under the federally-mandated immunization schedule children presently receive 49 vaccines before the age of six ...[t]he adult schedule … includes catch-up vaccinations for those adults who never initiated or did not complete a multi-dose series when vaccination was first recommended during childhood. Catch-up vaccinations include vaccines such as measles, mumps, rubella and varicella, which are routinely recommended for administration during childhood (p. 1)." My mother, who is 93, was not required to be vaccinated before attending school in the 1920's. Therefore, she and others like her will reportedly be FORCED to catch up on their vaccinations. Communicable diseases will be injected into senior citizens' bodies so that they can develop immunity to those diseases that they already lived from 70 to 100+ years without contracting. Goodbye, senior citizens! It's been a blast.

When I learned that Americans' comments were being solicited regarding the National Adult Immunization Plan, I responded to Ms. Fish immediately and urged my online friends to also write to Rebecca.Fish@hhs.gov before the deadline of March 9, 2015.
Below is the 2010 National Vaccine Plan
http://www.hhs.gov/nvpo/vacc_plan/2010-Plan/nationalvaccineplan.pdfI also published the news in my "FreeSpeakBlog" to give the general public an opportunity to respond:
Your Worries Are Over: Uncle Sam Has a Shot for That
http://freespeakblog.blogspot.com/2015/03/your-worries-are-over-uncle-sam-has.html
Top Priority: Enforced Vaccinations [for ALL Americans]
http://freespeakblog.blogspot.com/2015/03/top-priority-enforced-vaccinations.html
On September 2, I spoke to the "Human Rights Demand" radio audience about the necessity of checking for references for one's doctors, lawyers, and other professionals. Below is another government reference:
Partial List of Medical Experiments (published by Natural News)
http://www.naturalnews.com/022383_research_experiments.html

Public conversations about enforcing vaccinations on Americans at the threat of concentration camp internment have been happening since 2009. Yet many people know nothing about the Obama Administration's plan. It is important to note that all parties connected with the enforced vaccinations have already been absolved of any liability for personal injuries and deaths that could ensue, including the government, medical providers who will administer the enforced vaccines, and drug manufacturers who produce them. Perhaps even the Department of Defense, the Department of Homeland Security, and the Department of Justice, who were named "stakeholders," have also been absolved of responsibility for injuries and deaths that might occur when people refuse to simply "take their medicine." Now do you understand why the government ordered barrels of hollow point bullets and has been training soldiers to do warfare in America's urban areas? Some people will undoubtedly be reluctant to take the vaccinations or go to camps. They may have read about vaccinations crippling thousands of people in India, Mexico, and Africa recently. 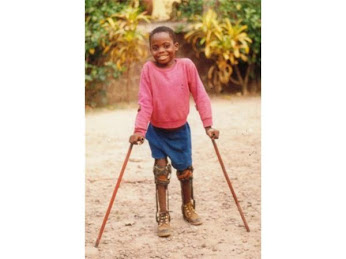 I believe government-enforced vaccinations should be discussed without interference, but that is not the case. My posting news about mandatory vaccines for all Americans is more highly censored than articles about mass incarceration, the need to give Assistance to the Incarcerated Mentally Ill, or even my anti-death penalty news. I think they all regard the same subjects: eugenics and depopulation. American eugenics were applied to Blacks in America as well as to poor whites and the mentally ill of both races from the 1930's to the 1970's when those classes of people endured enforced sterilization. Some 60,000 people were sterilized. Now those same populations are warehoused in prisons throughout the nation during their childbearing years. Decision makers value certain lives above others and always have. With the NDAA concentration camp law and peacetime martial law in place, we may soon see the master plan when the Obama Administration says to every American, "Back That Thang Up." Enjoy the music at https://youtu.be/FztzfMs8WQQ and embedded below.


Thank you for your interest in censored news by MaryLovesJustice. I am presently asking White Americans to sign my "pass" so that I will be allowed to go into Atlanta and speak to people without being Tasered or arrested. I plan to speak in conversational tones about eugenics and depopulation, which is currently underway, including mass incarceration, deaths by police, and capital punishment. I will also talk about Assistance to the Incarcerated Mentally Ill, The Cochran Firm fraud against Black Americans, and the government's intention to enforce vaccinations on all Americans. The "pass" is in my "FreeSpeakBlog." If you are White, please place a check mark on my pass. If you are Black, Native American, Asian, or Latino/Hispanic, the "pass" has a place for you to check, also, but please understand that your opinions will not impress oppressors. Even white people's opinions won't matter regarding the enforced vaccines.

If you find a black veil over any of the articles for which I provided links herein or our list of archived shows at Blogtalkradio's "Human Rights Demand" channel and "NNIA1" channel, please let me know. That is something new that just started this year, although "they" pretend to care about helping women escape the veil.

Note: I came to the html view and removed some of the extra codes hackers insert whenever I publish an article. If fonts and justification need revising, I must now wait until many people have read the article. Please help hurry that along by sharing this news. Blessings.


Mary Neal's Google+ - https://plus.google.com/+MaryLovesJustice/posts - Follow me at Twitter @koffietime - http://twitter.com/koffietime - Current, urgent justice issues from a laywoman's viewpoint at my primary blog http://FreeSpeakBlog.blogspot.com Full list of MaryLovesJustice blogs and radio broadcasts: http://marylovesjustice.blogspot.com/2014/03/marylovesjustice-blogs-and-radio-shows.html email address:  MaryLovesJustice@gmail.com (I'm censored, but some emails reach my box). Try to phone me at (678)531.0262 or (571)335-1741. If you receive no response within 48 hours, please email or call again.

Posted by MaryLovesJustice Neal at 6:05 AM