Treatment vs. Homelessness, Torture and Death 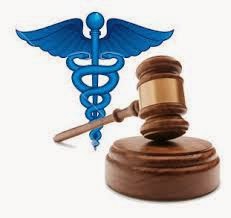 Enforced psychiatric treatment and subsistence assistance under assisted outpatient treatment programs (AOT) are preferable to imprisonment for mentally challenged people. My brother and many other sick people were and are tortured and murdered every year in jails and prisons throughout the country -- if sick people live through their lunacy arrests by paranoid, untrained cops.

Enforced treatment is not needed for people who are able to manage their psychiatric conditions and stay out of jails and hospitals. However, statistics proved that AOT programs would reduce recidivism for the nation's 1.25 million mentally ill inmates, save lives, reduce homelessness, and restore many people to wholesome living.

AOT programs cost significantly less than incarceration. Consider that each inmate in New York costs taxpayers $168,000 per year to warehouse. Private prisons began AFTER budgets for America's most vulnerable people -- the mentally ill -- were cut, and they became inmates rather than inpatients and outpatients. Families throughout the country of all races are greatly traumatized when the injustice system captures and imprisons their sick relatives for behavior they could not control and breaking laws they did not understand. Only prison investors are happy about jails and prisons having become America's new mental hospitals. Mandatory AOT programs would shift most of the $80 billion+ annually that is presently going to the prison system back to psychiatric treatment and subsistence assistance.

Whereas sudden cessation of heart drugs can cause death, sudden cessation of psychiatric drugs can cause psychotic episodes that threaten not only mentally ill people but also their families and communities. I believe that most mentally ill inmates are on psychotropic drugs. To release them without a mandate for continuing their treatment under the care of a qualified mental health facility is dangerous for them and for society. To release mentally challenged inmates without provisions for their nutrition and housing is unethical and immoral - a setup for their return to prison or worse.

People who are beyond making rational decisions are disabled and deserve food and housing as well as appropriate medical and psychiatric treatment whether or not they agree. What are your thoughts on mandatory AOT programs for all mentally ill people upon prison and jail release?

Assistance to the Incarcerated Mentally Ill (AIMI) vs. USA re Mentally Illness in America

On the first Saturday and Sunday of each month, potential claimants for "AIMI vs. USA" meet in a phone conference to discuss our cases at 9am Pacific, 10am Mountain, 11am Central, and 12pm EDT. Assistance to the Incarcerated Mentally Ill (AIMI) plans to file an action in International Court on behalf of mentally ill and drug/alcohol addicts in America, demanding restitution for long-term homelessness, torture, and deaths. We also discuss AIMI's List of Suggested Changes for United Nations' directives to the USA to decriminalize mental illness and comply with the Convention against Torture and Other Cruel, Inhuman or Degrading Treatment.

Up to 100 mentally ill people or their families or survivors will be claimants in "AIMI vs. USA," in International Court in 2015 to bring exposure to cruel and unusual treatment of persons with mental disabilities and addictions. Your participation is invited. Whether or not you wish to become a Claimant, you may have suggestions related to our List of Suggested Changes that will be presented to the UN.

Mental illness affects all Americans, whether directly or indirectly. Over half of the nation's prisoners are mentally ill. Our present prison costs are over $80billion per year. Nobody can be punished into a state of mental health. Treatment should replace punishment for mentally ill people and drug/alcohol addicts in the USA.

Paragraph 1 repeated: Enforced psychiatric treatment and subsistence assistance under assisted outpatient treatment programs (AOT) are preferable to imprisonment for mentally challenged people. My brother and many other sick people were and are tortured and murdered every year in jails and prisons throughout the country -- if sick people live through their lunacy arrests by paranoid, untrained cops.

Posted by MaryLovesJustice Neal at 4:29 PM

It should not be an either or situation, Mary. A person with mental illness should NOT have to choose between being tortured with psycho drugs that feel terrible and do not treat symptoms adequately or have bad side effects (do you really think that people would stop taking the drugs so very often if they felt really GOOD on these drugs?No, in fact they do not, the drugs are AWFUL and I should know. I have been there, forcibly treated and brutalized! Nearly choked to death by so-called security guards. So while I agree mental health treatment should NOT be prison or incarceration, it also should not be the involuntary deprivation of rights of any person at ANY time ANYwhere. How can you justify taking away the rights of any MI person, when you object to incarceration? Cannot you see that you are simply exchanging one prison for another? Some people might even prefer prison without drugs to living a life on FORCED Haldol..I know I would and I came very close to being KILLED in a hospital, so forced treatment Outpatient or Inpatient is not the solution, Forcing people, violence against any person, is NEVER the solution That is my problem with your either this or that...That is not the solution or even the right question..

Love to you,
Pam

Thank you for sharing your opinion with us, Pamelaspirowagner.com. I believe psychotropic meds should be improved to reduce side effects that may cause patients to prefer not to be medicated. However, I remind you that we are primarily discussing AOT programs for released inmates who are released on parole or probation and need every opportunity to stay out of "correctional facilities," where so many are tortured and killed. It is not simply a matter of being locked up, but also being brutalized and/or murdered.

I have also read op eds from people who declared their thanks for enforced treatment, which some say saved their lives and restored them to wholesome living.