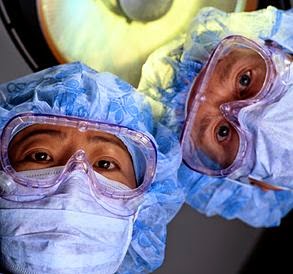 WHERE are my "vengeful librarians" today? I wrote a comment at a post published by "Alternative News" that I did not expect would be allowed to publish at Google+. I wrote: "Depo Provera is injected four times a year (every 11 to 13 weeks) and provides pregnancy protection instantaneously after the first injection. It was approved in the United States by the FDA for contraceptive use on 29 October 1992, and for management of endometriosis-related pain on 25 March 2005. (Wikipedia). The birth control shots were tested on teenage black girls as young as 15 by the U.S. Health Department in Fayette County, TN in 1970 (shhh! This is still a big secret). Also, there is strong likelihood that black mental patients behind bars were used to train "advanced interrogation experts" in waterboarding (shhh! That's another secret). 678.531.0262." Surprisingly, the vengeful librarians did NOT interfere with publication. What does that mean?

Alternative News published a long list of medical experiments done on Americans and others over time. An excerpt from the article is below:

Note: Below is a partial list of human medical experiments we've documented here on NaturalNews. See the full list here: http://www.naturalnews.com/022383_research_experiments.html
[The link would not connect to the article for Mary Neal.]

J. Marion Sims, later hailed as the "father of gynecology," performs medical experiments on enslaved African women without anesthesia. These women would usually die of infection soon after surgery. Based on his belief that the movement of newborns' skull bones during protracted births causes trismus, he also uses a shoemaker's awl, a pointed tool shoemakers use to make holes in leather, to practice moving the skull bones of babies born to enslaved mothers (Brinker).

New York pediatrician Henry Heiman infects a 4-year-old boy whom he calls "an idiot with chronic epilepsy" with gonorrhea as part of a medical experiment ("Human Experimentation: Before the Nazi Era and After").

Dr. Arthur Wentworth turns 29 children at Boston's Children's Hospital into human guinea pigs when he performs spinal taps on them, just to test whether the procedure is harmful (Sharav).

Harvard professor Dr. Richard Strong infects prisoners in the Philippines with cholera to study the disease; 13 of them die. He compensates survivors with cigars and cigarettes. During the Nuremberg Trials, Nazi doctors cite this study to justify their own medical experiments (Greger, Sharav).

Dr. Hideyo Noguchi of the Rockefeller Institute for Medical Research publishes data on injecting an inactive syphilis preparation into the skin of 146 hospital patients and normal children in an attempt to develop a skin test for syphilis. Later, in 1913, several of these children's parents sue Dr. Noguchi for allegedly infecting their children with syphilis ("Reviews and Notes: History of Medicine: Subjected to Science: Human Experimentation in America before the Second World War").

Read about more experiments in this article:
"A SHORT HISTORY OF US GOVERNMENT RESPECT FOR HUMAN LIFE"
http://whatreallyhappened.com/WRHARTICLES/biowar.html


*****
I tried to submit a news tip to Natural News to test my new freedom of press, and the "vengeful librarians" are still on the job. I submitted the following news tip:

"Depo Provera is injected four times a year (every 11 to 13 weeks) and provides pregnancy protection instantaneously after the first injection. It was approved in the United States by the FDA for contraceptive use on 29 October 1992, and for management of endometriosis-related pain on 25 March 2005. (Wikipedia). The birth control shots were tested on teenage black girls as young as 15 by the U.S. Health Department in Fayette County, TN in 1970. I know for a fact the children were not told they were being used as test subjects and that the Dept. of Health did not have their parents' consent.

Also, there is a strong likelihood that black mental patients in corrections were used to train "advanced interrogation experts" in waterboarding (shhh! That's another secret). One victim was probably Gregory Stampley, who was killed in Stillwater Prison in Minnesota, probably by waterboarding, per conversations with Diana Sprouse, mother of Gregory MARK Bowles. She said that in 1994, an inmate in Stillwater Prison called her and said guards went into Stampley’s cell at least twice a day with a water hose, and that Stampley was stretched out in his cell on boards. Stampley would scream in agony while the correctional officers were in his cell torturing him, according to the inmate. The prisoner reportedly asked Diana to do something to help Stampley before guards killed him. Diana said she reported the torture to authorities and then to the media, but Stampley was dead within days. Read an article about Stampley at “A Decent Burial” http://www.citypages.com/1996-04-24/news/a-decent-burial/full/

A local newspaper published an article about Stampley’s wrongful death and cited Diana as an informant who tried to help the dead inmate. Diana suspects that Minnesota wrongly prosecutes Mark Bowles, her son, partly to retaliate against her for reporting Stillwater Prison’s murder of Stampley. She spoke of this during our radio interview on "Human Rights Demand" channel at Blogtalkradio on Saturday, June 14: "Release the Innocent" (http://hosts.blogtalkradio.com/humanrightsdemand/2014/06/14/release-the-innocent ). Confirm receipt at MaryLovesJustice@gmail.com

My response to the news tip was:

"The page cannot be displayed because an internal server error has occurred."

That DOS is more like what I am used to - not freedom of press. I know about many interesting things like this, and none of them are good. That is why I became "America's Most Censored - Mary Neal" (Google that). I usually try to publish secrets right away so that I won't be the only one in danger for knowing such things. Since the "vengeful librarians" watch to see who reads what online, now they know that you know, too.

Leejo, I don't believe in such things any longer.

When you read censored news at Exposed - FreeSpeakBlog, be aware that you are privy to Very Secret Crimes Against Humanity (VSCAH). My advice: Share your VSCAH news right away before they do something to you because you know what you know. The only help for you is to ensure that what you know becomes common knowledge, because we were never intended to know. You know?