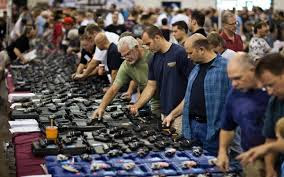 "Take the guns from the poor. No protection for them. Charge for gun insurance."

The Bible says that everything hidden will be revealed. A new gun control law introduced by Democrats in Congress exposes a truth: Minorities and poor/working class whites are perceived as threats, and they are the Americans who are intended to be denied Second Amendment rights through the “Firearm Risk Protection Act” (H.R. 1369).  Rep. Carolyn Maloney (D-NY) and eight cosponsors introduced the controversial bill. The national health care insurance law has been determined by the U.S. Supreme Court to be an allowed "tax." Now gun insurance may become another new "tax." Gun ownership will no longer be a "right" but a bought privilege for those who can afford it.

There has never been a more appropriate time for poor people to try to cultivate friendships with people of means. That way, poor families will have someone to call if they are accosted by criminals and 911 emergency police refuse to come, which happened to this writer.

If H.R.1369 passes, Congress may then put a tax that only the rich can afford on other constitutional provisions. That was the original idea when voting rights were limited to landowners. Ingenious, Democrats. H.R.1369 would also give an excuse to demand that Americans account for every gun in their possession and insure the guns or be fined. H.R.1369 proposes a $10,000 fine for possessing an uninsured firearm, which I imagine would deliver many more prison laborers behind bars. The prison industry competes for labor contracts against enterprises that hire "free" Americans and pay at least minimum wage and benefits. "Made in America" labels do not necessarily mean the products labeled were manufactured by people receiving fair wages. The prison industry also competes for contracts with companies that are presently using overseas labor in places like China, where nets are hung at some workplaces to break the fall of peasant workers who try to commit suicide to escape the drudgery of their impoverished, suppressed lives. Since prisons became big business, Americans can expect more bills that criminalize non-criminal behavior, such as gun ownership and smoking menthol cigarettes. (The NAACP asked Congress to outlaw menthol cigarettes, because it is the type of cigarette that 85% of black smokers use.)

Since the U.S. Supreme Court ruled that national healthcare insurance premiums are a TAX, I submit to you that so is gun insurance under H.R.1369. I can foresee the gun ownership tax being raised for certain guns over time. It is like segregation. Once that was overcome with anti-discrimination laws such as the Fair Housing Act, racists who could afford it simply relocated to where it was too expensive for black families to be their neighbors (white flight). I hold that H.R.1369 is a bill to limit gun ownership to people who can afford to pay the new insurance tax. With unemployment and under-employment reaching 70% in many black communities, poor gun owners will be disarmed or criminalized. H.R.1369 is the kind of racist, class conscious law that one would expect to have wide appeal in Washington, D.C., especially among so-called "liberal" Democrats. What passes for "liberal" in the 21st century makes that a very ambiguous term.

Mary Neal, director of Assistance to the Incarcerated Mentally Ill and the Human Rights for Prisoners March 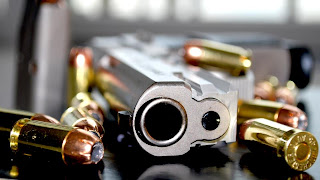 Posted by MaryLovesJustice Neal at 1:51 PM