I SOMETIMES WONDER what the public really sees on my Facebook wall https://www.facebook.com/marylovesjustice . That is because when I view my Facebook wall on my cell phone, I see about one out of five of my posts. Sometimes, dynamite news gets no "likes." I decided to share ten(10) of my Facebook wall posts with you at Exposed - FreeSpeakBlog. Thirty(30) links are in this article. 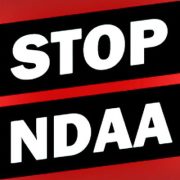 1.  NDAA CONCENTRATION CAMPS GO ON TRIAL: February 6 at 9:45am. To see "public servants" argue for the president's "right" to condemn people who committed no crimes to indefinite detention in concentration camps, attend the trial at 40 Centre Street (40 Foley Square), New York, NY 10007. Without the right to trial-by-jury, Americans lose ALL human and civil rights. No one can experience free speech, freedom of press, freedom of religion, the right to peaceful assembly, or petition their government for a redress of grievances if they may be scooped up and INCARCERATED WITHOUT A TRIAL. "All we say to America is, 'Be true to what you said on paper.'" (MLK http://youtu.be/Oehry1JC9Rk ).
Stop NDAA! Sign this petition to support the lawsuit to protect our rights! https://www.stopndaa.org
Remember the Holocaust. IT HAPPENED TO PEOPLE LIKE US http://youtu.be/YrQ4Voi3AIo 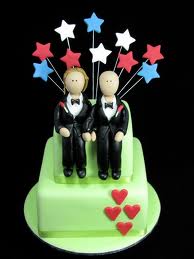 2.  WAR ON RELIGION. The Boy Scouts and Chick-Fil-A are not the only ones who will be impacted by gay marriage. Get ready, ministers of the peace, churches and temples, judges, wedding chapels, and more. YOU will be SUED FOR NOT ACCOMMODATING GAY COUPLES. A bakery is under fire now for refusing to make gay cakes. http://www.kptv.com/story/20940125/gresham-bakery-wont-make-cake-for-gay-wedding-state-investigating 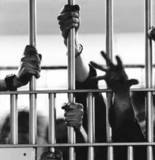 3. MASS INCARCERATION. A U.S. Judge gave California six more months to bring down its inmate population. California prison investors have bankrupted the state! California said it reduced its prison population by 42,000 (mostly by transferring prisoners to county jails), and that is good enough!  http://www.sacbee.com/2013/01/30/5150765/us-judges-give-california-six.html

I'm on Press TV's documentary, Facade of the American Dream. One person commented that it is called a dream because you must be asleep to experience it. LOL! See Part 4 of "Facade of the American Dream," discussing mass incarceration of black people in the USA. I discuss the high cost of prisons http://youtu.be/uSiLTmmFS7Q and the hypocrisy of our Pledge of Allegiance phrase, "Liberty and Justice for All." It is for each generation of Americans to move our beloved country closer to its pledge.

4. Leave BILL WINDSOR and @LawlessAmerica members alone! Victims are in D.C. this week to meet with representatives about government and judicial CORRUPTION. http://youtu.be/q5ecz2VXyd8

5. WHERE IS MALCOLM SHABAZZ? WHY did the FBI arrest Malcolm X's grandson and where are they keeping him? Shabazz was about to leave the country to attend an Iranian event called Hollywoodism when the FBI arrested him and has him detained in an undisclosed location! http://youtu.be/_Daj-jAU-Ng Will indefinite detentions without trials and criminal charges begin with a black man? http://www.presstv.ir/detail/2013/02/04/287235/fbi-stops-malcolm-x-grandson-trip-to-iran/  Free Shabazz! 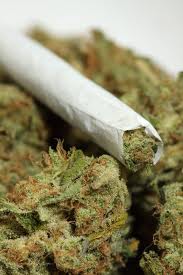 6.  POT TO PRISON PIPELINE. Colorado Rep Jarad Polis, who obviously is NOT a prison investor, seeks to legalize pot at the federal level. Marijuana is used as an excuse to arrest hundreds of thousands of people annually, but some states have legalized it. Attorney General Holder said the federal government will not honor the states' decisions. Prison investors depend on illegal marijuana smoking to bring in healthy, young human stock to work as prison slaves. A Norml.org excerpt says:  http://norml.org/marijuana  "Marijuana is the third most popular recreational drug in America (behind only alcohol and tobacco), and has been used by nearly 100million Americans. According to government surveys, some 25million Americans have smoked marijuana in the past year, and more than 14million do so regularly despite harsh laws against its use." Today in Congress,   http://www.c-spanvideo.org/program/310830-1 Read also http://www.canoncitydailyrecord.com/ci_22522952/colorado-rep-jared-polis-seeks-legalize-marijuana-at

7. DEMOCIDE: GOVERNMENT MURDER. Democide includes executions as well as wrongful death by police officers, such as the Wrongful Death of Larry Neal http://WrongfulDeathOfLarryNeal.com . The Neal family is illegally deprived of responses to its Freedom of Information Act requests to know whether Larry was murdered by Taser, starvation, a brutal beating, waterboarding, or in a restraint device (chair or table), like Tim Souders and Sean LeVert. I am censored and terrorized to keep this crime against humanity secret while America bombs other countries "for human rights sake." Below is a gruesome video of Sean LeVert being killed by police in a Restraint Chair. See also http://youtu.be/U50gOUGQzLk YouTube link. 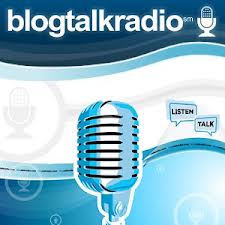 8. MARYLOVESJUSTICE ON RADIO! I give updates regarding the fight for human rights every Tuesday at 9:30pm ET on Civil Alert Rising at Blogtalk Radio http://www.blogtalkradio.com/civilalertworld/ . My debut presentation is archived at http://www.blogtalkradio.com/civilalertworld/2012/10/17/sellin-spyin-out--the-people-speak . I join Brother Maurice Muhammad and Brother Joey many weekday nights at 5:30pm ET on "Who Did That to You" Remember it's Hour Time Now! http://www.blogtalkradio.com/mauricemuhammad . My regular hangout is the Dr. Shirley Moore Blogtalk Show and conference call at TalkShoe and FreeConferenceCall. We start at 7pm Pacific time and talk until midnight or later about important issues that are hindering this country and solutions. Join the chat, or simply listen. I learn so much from Dr. Shirley's guests! Call the conference room at (712)432-0900 code 925998#. I also was guest host on Legacy of a Nation Blogtalk Radio show in December 2012, including the December 7 episode at this link http://www.blogtalkradio.com/thelegacyofanation/2012/12/07/the-african-community-chat-host-ramisous . We talked about TARGETED INDIVIDUALS and CoIntelPro. Of course, every Sunday at 5pm ET, I join the Rev. Pinkney Blogtalk Show http://www.blogtalkradio.com/rev-pinkney  and we hope you do, too! Simply use your computer or call 347.994.3644 to join Rev. Pinkney, Mr. Ralph Poynter, and all of us on the broadcast, which has many exciting guests. I usually try to notify the public on my Facebook wall and Twitter page when I am going to be on radio, but you know how that is (I am America's most censored person). 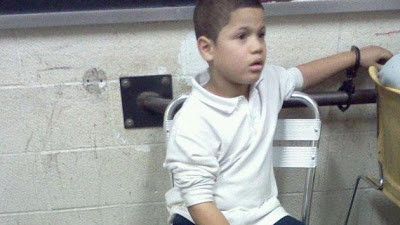 9. SCHOOL TO PRISON PIPELINE. My big Facebook story last week was about the 7-yr-old black child who was handcuffed and interrogated for hours over a $5 dispute he had with other little children. His parents were NOT allowed to see him while he was being interrogated. Little Wilson Reyes, a student at Public School 114 in the Bronx, NY, reportedly got into a fight with a fellow student in December after he was accused of taking $5 of lunch money that had fallen on the ground in front of him. Responding to a complaint of assault and robbery, the police were called and took the boy to the local police precinct where officers allegedly handcuffed and interrogated him for TEN HOURS, according to the lawsuit. http://gma.yahoo.com/blogs/abc-blogs/7-old-handcuffed-over-5-says-suit-232812597--abc-news-topstories.html   San Francisco Bay View reports, "OUR CHILDREN ARE AFFECTED BY INCARCERATION" at this link http://sfbayview.com/2013/our-children-are-affected-by-our-incarceration/

10.  And of course, of course, my favorite story: THE (JOHNNY) COCHRAN FIRM FRAUD! I always remind my online friends about The Cochran Firm's complete lack of ethics and its criminal fraud against my family to help Memphis Shelby County Jail and the United States Department of Justice hide the secret arrest and murder of Larry Neal. Surprisingly, I met lots of people who were defrauded by their attorneys, too. The CoIntelPro lawyers defraud black and brown clients from coast to coast, and courts protect The Cochran Firm from malpractice lawsuits. See a partial list of victims at this link http://freespeakblog.blogspot.com/2013/01/beware-of-treacherous-lawyers-cochran.html  Beware of The Cochran Firm traitors! 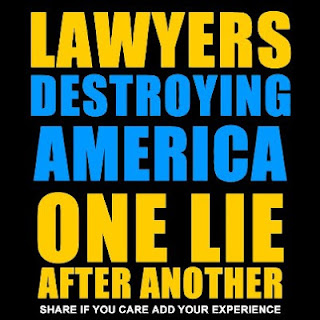 TRY to follow me at Twitter, where I am @koffietime http://twitter.com/koffietime . Befriend me at Google+ https://plus.google.com/u/0/115212823950444967993/posts where I am MaryLovesJustice Neal. And let's hook up at Care2 http://www.Care2.com/c2c/group/aimi where I direct ASSISTANCE TO THE INCARCERATED MENTALLY ILL. I hope you will send me a friend request to Facebook, where I am Mary Neal (I was supposed to be "MaryLovesJustice" like it says in the link, but you know how it is with Nazis taking over my computer and phone and working against truth at Internet sites). But I only have an interest in human and civil rights. Please add me to your email list if you expose and oppose oppression online at MaryLovesJustice@gmail.com  and TRY to call me and see what happens at 678.531.0262.

REPEAT OF PARAGRAPH 1. I sometimes wonder what the public really sees on my Facebook wall https://www.facebook.com/marylovesjustice . That is because when I view my Facebook wall on my cell phone, I see about one out of five of my posts. Sometimes, dynamite news gets no "likes." I decided to share ten(10) of my Facebook wall posts with you at Exposed - FreeSpeakBlog. Thirty(30) links are in this article.

Below is my current Facebook wall photo - six happy youngsters enjoying the sand and sun and each other. That is how much I enjoy communicating with my online friends. Blessings! 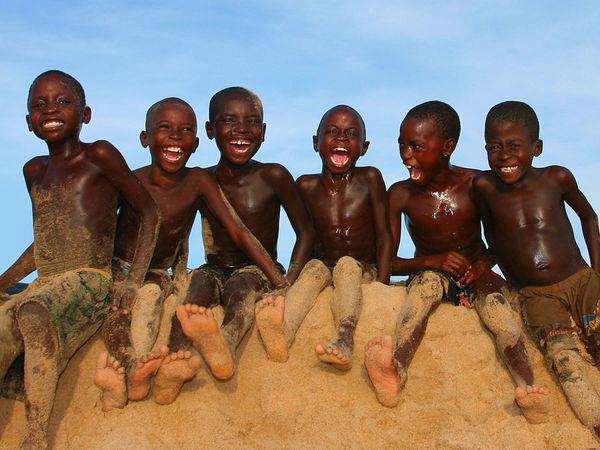 Posted by MaryLovesJustice Neal at 9:18 PM