February is a monumental month. Many people are uniting against oppression during Black History Month 2013. Consider these three events, which are futher explained in the five(5) links at the end: 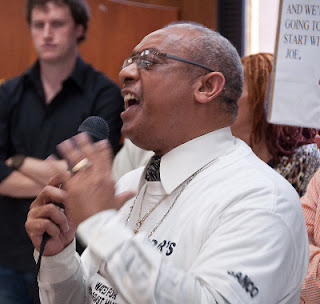 1 of 3. FEBRUARY 1 - Rev. Edward Pinkney, former NAACP president from Benton Harbor, Michigan, is leading a protest against the NAACP, America's oldest, largest civil rights organization. Rev. Pinkney will meet with many demonstrators in Hollywood, California at the NAACP Image Awards and march against the organization's hypocrisy. Every Sunday at 5pm ET, Rev. Pinkney pauses his Blogtalk Radio show for "burn, baby, burn," and over 4,500 NAACP membership cards have been burned so far. The NAACP's executive office is out of touch with the black community and committed only to fundraising from corporations and the government, even if it means working against the interests of the African American community. Rev. Pinkney said, "We will meet at the NAACP Image Awards starting at 2 pm at the Shriner Auditorium - 665 W Jefferson. Come out and support your community. Be there!" 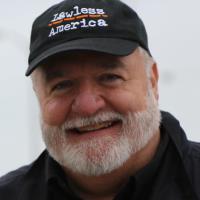 2 of 3. FEBRUARY 4 - Bill Windsor, justice advocate and executive producer of "Lawless America - the Movie," and hundreds of supporters will meet in the nation's capital to petition Congress for a redress of grievances. Windsor traveled to 50 states and took testimony from over 1,000 whistleblowers regarding government and judicial corruption. Victims of corruption reported wrongful deaths by police, wrongful convictions and false imprisonment, child-snatching by Children Protective Services, illegal foreclosures and evictions by SWAT teams, kangaroo court processes, and more. Now he and the People will submit our testimony to representatives who were voted into office to represent us fairly. Particpants are asked to meet at Crowne Plaza National Airport Hotel, 1480 Crystal Drive, Arlington, VA 22202, at noon on February 4. 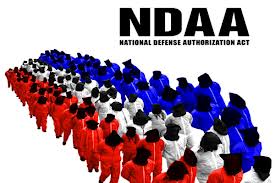 3 of 3. FEBRUARY 6 - Indefinite military detention of Americans without trials or any defense (NDAA concentration camps) will go on trial in New York. We shall see "public servants" openly advocate to abolish the most fundamental human and civil right anyone can have - the right to live free unless and until he commits a crime deemed worthy of incarceration BY A JURY OF HIS PEERS after being given the opportunity to offer a defense to charges. Should this or any U.S. President to be allowed to point to a person or class of people and say, "ARREST THEM," and deprive those affected any defense? In other words, should America the Republic be dissolved and America the Dictatorship arise in its stead? Every other "right" Americans have depends on the outcome of this trial. One cannot exercise free speech, freedom of press, freedom of religion and peaceful assembly, or express grievances to the government if doing so would lead to arrest. Many concerned people will unite at the courthouse at 40 Centre Street (40 Foley Square), New York, NY 10007 at 9:30 a.m. on Wednesday, February 6 to protest the dissolution of America as a "free country." 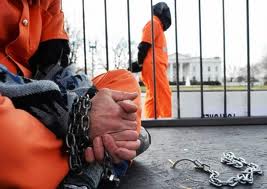 Say no to concentration camps in America. Stand with Lawless America to expose and oppose corruption in government and the judiciary. And like Rev. Pinkney advises, disengage yourself from whatever organization, person, union, or church that does not share your values and commitment to human rights. Obey Proverbs 31:8-9. HAPPY BLACK HISTORY MONTH 2013, when all races must unite to resist slavery.
Posted by MaryLovesJustice Neal at 5:30 PM