Chatham County Superior Court Judge Penny Freesmann (912-652-7252) issued Troy Davis' death warrant. Judge Freemann is a Caucasian woman.  The Chatham County District Attorney is Larry Chisolm, a Negro.  (Twelve links and six photos are in this article.) Troy Davis' execution was unjust, because guilt was not proved. His death resulted from "elite integration."  Dr. King said, "I have a dream that one day the sons of former slaves and the sons of former slave owners will be able to sit down together at the table of brotherhood." His dream finally came true. Unfortunately, the point of agreement between descendents of masters and slaves seems to be that everyone should live in oppression, not just Africans in America.  Economic and social oppression in the 21st century negatively impacts all 99% people (the working class), whether or not they have awakened to that reality. There has been an "elite integration" among decision makers from every race and political party against liberty and justice for all, as evidenced by Senate bill 1867, a bill that allows indefinite military detention of American citizens without criminal charges or trial. This peculiarity is explained in the poem below, "Elite Integration." 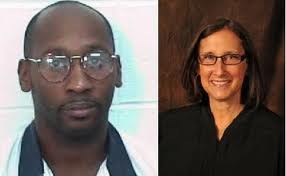 ___________
* In January 22, 2009, H.R. 645, the FEMA center bill, was introduced by Alcee Hastings (D-FL), a Negro. Throughout American history, Hastings is one of only a handful of federal judges who was ever ousted for corruption. Considering the caliber of some judges who remain on the bench, Hastings must be a whistle. He then became a U.S. congressman. To be discharged from one federal position due to corruption and elected to another should be illegal. H.R.645, which proposed erecting six (6) concentration camps in America for Americans, was introduced the day following President Obama's inauguration, meaning that it was drafted during the previous presidential term. Probably due to aggressive advocacy against the bill, it died in congressional committees in February 2011. 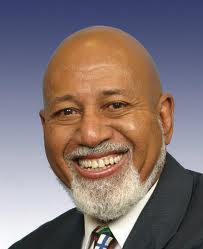 Rep. Alcee Hastings,ousted federal judge who introduced H.R.645 for
six (6) concentration camps within America http://www.alceehastings.house.gov/
On November 30, 2011, Senate Bill 1867 was passed. Ironically, the bill that allows indefinite military detention of Americans without criminal charges or trial (concentration camps) was introduced by Senator Carl Levin (D-MI), a Jew. We the People must unite for justice. The elite already did. Black, white, and Jewish representatives do not always act in the best interest of We the People, and Americans can be sent CAMPing if we resist oppression. White judges, Georgia Pardons and Paroles Board with black and white members, and a black district attorney in Chatham County, Georgia acted in agreement regarding Troy Davis' execution without proof of guilt. Even people who support capital punishment think it should never be used without irrefutable proof of guilt. With S.1867, every American is subject to indefinite detention without any opportunity to prove innocence. Innocence won't matter. You see, we are all Troy Davis. 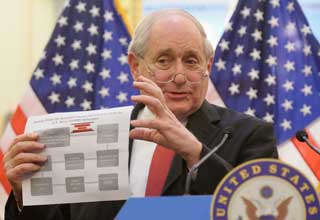 Sen. Carl Levin, Jewish American who introduced S.1867,
for indefinite military detention for Americans http://levin.senate.gov/
Will the president, a former constitutional lawyer, veto S.1867, the bill that obviously violates Americans' civil rights and essentially overthrows the Bill of Rights? We pray that President Obama will arrest America's slide into fascism by vetoing S.1867. Call and write the White House and express your viewpoint about Senate Bill 1867, which the U.S. Senate already passed by an overwhelming majority of representatives from both main political parties, blacks and whites. This bill is the worst case of elite integration of 1% people against We the People in history. 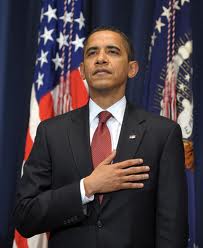 President Barak Obama
http://www.whitehouse.gov/contact
President Obama will probably veto Senate Bill 1867 and rescue his constituents from the threat of indefinite military detention without criminal charges if you ask him. "Ye have not because ye ask not" (James 4:3)
. 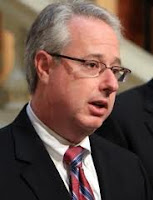 I share Dr. Martin Luther King, Jr.'s dream that freedom will ring throughout this great country and that representatives We the People entrust with governance over us will cease to enact laws that undermine our God-given human rights and the civil rights that were purchased by the blood of soldiers of all races and socioeconomic backgrounds from the Revolutionary War until today. The Bill of Rights is the collective name for the first ten amendments to the United States Constitution which limit the power of the U.S. federal government. These limitations serve to protect the natural rights of liberty and property, including (1) freedoms of religion, (2) free speech, (3) freedom of press, (4) the right for peaceful assembly, and (5) free association, as well as (6) the right to keep and bear arms (Wikipedia). Those are the core rights upon which government of, by, and for the people is based. Senate bill 1867 threatens every one of those rights. If people cannot freely exercise citizens' rights without fear of indefinite military internment without criminal charges and trial, the Bill of Rights is dead, and even the hope of freedom in America is lost.  It was not the dream of Dr. King or any of America's founding fathers' intention for elitists who are "black men and white men, Jews and Gentiles, Protestants and Catholics" to ever use their collective power to enact laws such as S.1867. According to Romans 13:1, our representatives should submit to the those in authority over them - We the People, not corporations. The Constitution is in place precisely to prevent "black men and white men, Jews and Gentiles, Protestants and Catholics," and all other citizens from being indefinitely interned without criminal charges and a fair trial. Even when Americans have a trial, like Troy Davis did, citizens' right to life, liberty and the pursuit of happiness should mandate post-conviction DNA tests if requested and/or new trials with substantial new evidence. No Americans should lose their youth behind bars or be executed unless guilt is proved irrefutably. Dr. King spoke about our hope of freedom in his historic speech, "I Have a Dream" (excerpt below).

This will be the day when all of God's children will be able to sing with a new meaning, "My country, 'tis of thee, sweet land of liberty, of thee I sing. Land where my fathers died, land of the pilgrim's pride, from every mountainside, let freedom ring."

And when this happens, when we allow freedom to ring, when we let it ring from every village and every hamlet, from every state and every city, we will be able to speed up that day when all of God's children, black men and white men, Jews and Gentiles, Protestants and Catholics, will be able to join hands and sing in the words of the old Negro spiritual, "Free at last! free at last! thank God Almighty, we are free at last!" ~Dr. Martin Luther King, Jr.

Advocacy article by Mary Neal, human and civil rights activist; America's most censored; director of Assistance to the Incarcerated Mentally Ill ("AIMI"), an online advocacy organization to decriminalize mental illness and end capital punishment; chairperson of the Davis/MacPhail Truth Committee, organized to petition the USDOJ and GBI to re-investigate Officer MacPhail's murder in honor of Troy Davis' request to "keep fighting this fight"; organizer of the Human Rights for Prisoners March, a daily online march to benefit inmates, parolees, and probationers (an in-person march to be announced); sister of slain mentally, physically disabled American, Larry Neal, who was secretly arrested for 18 days in 2003 and murdered by police, with all requests for records and accountability DENIED (Google "Wrongful Death of Larry Neal"); a proud 99er; writer and organizer commissioned by God (Proverbs 31:8) to peacefully petition government for a redress of grievances regarding racism and class consciousness within the justice system, expose and oppose The (Johnnie) Cochran Firm fraud against its own clients, and protest corporate greed and government misdeeds as allowed under the Constitution of the United States of America (for now). Blessings!

NOTE:  While my blogs are open, cyberstalkers work on them while I do. See a video example at this link: "Prison Labor Profits" http://www.youtube.com/watch?v=icRD77mugaI - Other examples are at my YouTube channel JKEMPP703. In this post regarding S.1867, CYBERSTALKERS HAD PULLED A PHRASE I WROTE DOWN INTO DR. KING'S SPEECH: "and even the hope of freedom in America is lost."  I positioned that phrase within the paragraph where I discussed how S.1867 nullifies the Bill of Rights in this sentence: "If people cannot freely exercise citizens' rights without fear of indefinite military internment without criminal charges and trial, the Bill of Rights is dead, and even the hope of freedom in America is lost." I must always read my blogs repeatedly to see what edits and deletions cyberstalkers make. I am America's most censored. See why at this link - http://christianbias.com/2011/12/americas-most-censored-mary-neal/  . I thank ChristianBias.com and everyone else who helps to publish my articles about loving our fellow man, including prisoners, and about Americans' need to avoid becoming prisoners ourselves through draconian bills like S.1867. My assigned censorship team obviously work for people who wish to destroy freedom in America. Will you let them?

Arresting, imprisoning and even killing Americans without proof of guilt for any crime is not new. See the pictorial breakdown of Troy Davis' last day at this link:  http://goo.gl/xhW9u