Hank Skinner - Human Sacrifice for the 1% 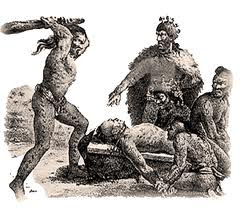 NOVEMBER 2011 UPDATE on the Hank Skinner case: The U.S. Supreme Court gave Hank Skinner a last-minute stay of execution in March 2010. However, Texas continued to deny Skinner any opportunity to test his DNA against the evidence in the 20 months since the High Court spared his life. The 1% periodically kills potentially innocent people from the 99% like Troy Davis and Hank Skinner in order to keep the 99% feeling intimidated by their power. Guilt is not the issue; power is - the power to pull 99ers from America's slave pool and execute them. September 21 was Troy Davis' turn. Wednesday, November 9, 2011, is the day the elite will show their power over the 99% by killing Hank Skinner with his guilt unproved. This is what slave masters did in the 1700s to keep slaves subservient to their masters. Periodic executions of sick or potentially innocent Americans is a part of LYNCHING AMERICA. Willie Lynch, a successful slave owner from the West Indies, taught Virginia Colony plantation owners the art of slave mastery. It takes displays of power like MURDERS by the gentry to keep slaves meek and obedient under conditions where the slaves vastly outnumber their "owners." See "LYNCHING AMERICA" at this link - http://maryneal.hubpages.com/hub/Lynching-America

See also my new anti-DP article in the MaryLovesJustice blog, "DP - THE UNHOLY RACE" at this link http://marylovesjustice.blogspot.com/2011/10/dp-unholy-race.html

The injustice system does not really care about murders, or the U.S. Department of Justice would not help Memphis Shelby County Jail cover-up the secret arrest and murder of Larry Neal, my mentally, physically disabled brother - Visit and share our website about the government murder http://WrongfulDeathOfLarryNeal.com

OCCUPY PRISONS IN AMERICA. OCCUPY the phones and email boxes for decision makers to oppose capital punishment, especially for people like Troy Davis and Hank Skinner, whose guilt remains unproved. Stand up for 99% people being used to demonstrate the power the 1% exercises over life and death. Tweet the U.S. Supreme Court AT @iSupremeCourt and ask for another stay of execution for Hank Skinner. This time, the order for the stay of execution should include a directive to TEST HANK SKINNER'S DNA. Then email the Department of Justice and demand a justice system that is really just at AskDOJ@usdoj.gov - Call Gov. Perry. He says he is ready to lead the nation as president, but potentially innocent men are killed in Texas regularly. My recent tweets are below. We the People must peacefully petition our government for a redress of grievances. It is a SCARY thing to do, but even God invites: "Come, let us reason together." Is the government above God? Not in my life.

Thanks for reading and sharing this anti-death penalty article by Mary Neal, director of Assistance to the Incarcerated Mentally Ill at http://www.care2.com/c2c/group/aimi (an online group which was recently taken over by CoIntelPro, part of the reason for Mary Neal v. USA - Google it). TRY to follow me at Twitter, and I will TRY to follow you back. My assigned hackers do not make that easy. They trim followers to keep my number under 1,000 and eliminate African Americans, media, and people from other countries. If you have a large list of followers yourself, if you are active in the struggle for human and civil rights or a Christian, please check weekly to see if you are still a @koffietime follower. People who do not have Twitter accounts can use my Twitter link at http://twitter.com/koffietime to see tweets, or please follow my blogs, FreeSpeakBlog at http://freespeakblog.blogspot.com or MaryLovesJustice at http://marylovesjustice.blogspot.com and JusticeGagged at http://justicegagged.blogspot.com . As someone commented on our petition for DOG JUSTICE for America's mentally ill, you must judge a country by how the least fare therein. In America, 1.25 million mentally ill people are imprisoned rather than treated in hospitals or released to community care (depending on their offenses and functionality). I thank all the people who sign and comment on petitions sponsored by Assistance to the Incarcerated Mentally Ill, an online organization I founded and direct. Whenever you sign online petitions, record the number beside your name so you can check in a month and see if hackers deleted your support. Fascists treat online petitions like elections and discard votes, especially those without comments. See a few petitions by Assistance to the Incarcerated Mentally Ill at this Care2 link, if they let you, at my MaryLovesJustice profile - http://google.com/profiles/MaryLovesJustice - In case CoIntelPro hid my profile AGAIN, see the petitions at this link -  Mary Neal Google Profile Censorship - http://freespeakblog.blogspot.com/2010/08/mary-neals-google-profile-censorship.html - Petition links can be opened and petitioners' comments read without voting. In fact, the petitions I published at Care2 Petitionsite can ONLY be viewed. I just went through the steps to re-open the petitions at Care2, and CoIntelPro would not allow that to happen. The government and/or Cochran Firm agents apparently took over every aspect of my Care2 membership - Mary Neal's Sharebook, Care2 News Network, my email box, and my petition site as well as my advocacy group, ASSISTANCE TO THE INCARCERATED MENTALLY ILL. Pray for them. They will face the Wraft of God for mistreating His daughter who only seeks to do His will and stand up for the least of these, His brethren (Matt.25:31-46).

MARY NEAL'S RECENT TWEETS AS @KOFFIETIME - http://twitter.com/koffietime  (Sorry, but CoIntelPro will not allow a "follow me at Twitter" button to work at my blogs.)

@Google - I have to change my password again! They let the new one work when I complained, but I got no message fr you that password changed
6 Nov

@TheJusticeDept @cxs CoIntelPro tricked me out of my @Google password this am w/ a fake screen. Now agents won't let me change it! HELP!
6 Nov

@bferc CoIntelPro steals my black @Twitter friends, even my own family. Pls try to hold on or re-join if they HAARP U goo.gl/BJ1LE
6 Nov

@
@preparebesafe My safety is up to God. Obedience to Him and keeping the faith are all I'm required to do. Proverbs 3:5
6 Nov

@AP @Peace @OccupyWallSt I think they're HAARPing America. These hundreds of #earthquakes aren't natural occurrences. The 99% scares them.
6 Nov

@TheJusticeDept There's no statute of lim on murder goo.gl/OaYvP incl Larry Neal's. We may get a just Atty Gen freespeakblog.blogspot.com/2010/02/no-sta…
6 Nov

@EFF I'm suing the USA in part to get my @Care2 online group AIMI back from CoIntelPro. They took it! Mary Neal v. USA freespeakblog.blogspot.com/2011/09/mary-n…
5 Nov

@TreatmentAdvCtr @stand4justice78 Hi, Gina! How is yo son? Did he get LIFE for offending the guard during mental health crisis? #California
5 Nov

@Peace @Delaproser @RCdeWinter @cxs Can't We All Just Get Along like Rodney King suggests on this VIDEO? youtube.com/watch?v=1sONfx… #government
5 Nov

@
@PersonhoodCO Everyone on death row started out as an embryo. Help me save them, too. marylovesjustice.blogspot.com/2011/10/dp-unh…
5 Nov

@Google The little 1+ button on my share widget at FreeSpeakBlog FreeSpeakBlog.blogspot.com doesn't post blogs to my #Google+. What should I use?
5 Nov

@OWSAtlanta My thoughts are with you as you announced plans to re-take Troy Davis Park today at 8:00 p.m. #God bless U & police w/ safety.
5 Nov

@EFF "Defending civil liberties in a digital world"? U may have mental issues like OWS. CRAZY IDEA: JUSTICE IN AMERICA freespeakblog.blogspot.com/2011/07/crazy-…
5 Nov

@EFF WELCOME to earth's 7 billionth person! God has enough space, food and love for U. People who feel crowded should go depop themselves.
5 Nov

@Google @mashable Can I make my @Google+ posts public like my @twitter posts? The whole planet needs my info, i.e., freespeakblog.blogspot.com
5 Nov

@Google @mashable Can I set a default for all new @Google+ friends to go directly to my circle, ADVOCACY? That's 100% of why I'm online.
5 Nov

Rep. Wyden says "Internet is the shipping lane of the future." at ICAC Forum on Section 230 #internet
19 Oct

@Google Is there any way to make this hub respond to search by its name? LYNCHING AMERICA maryneal.hubpages.com/hub/Lynching-A… - no profanity, nudity, or
3 Nov

@TreatmentAdvCtr Help! I've a CRAZY IDEA! JUSTICE IN AMERICA freespeakblog.blogspot.com/2011/07/crazy-… - It must be contagious. @OccupyWallSt went crazy, too.
3 Nov

@OWSAtlanta Victory Is Ours If We Resist! Submit yourselves 2 God. Resist the devil & he will flee from you ~James 4:7. youtube.com/watch?v=h938-0…
3 Nov

@thedevilsucks Is Mr. Cain giving "the sign" in this @newyorktimes photo? nytimes.com/2011/11/03/us/…
3 Nov
Lists was not allowed to be highlighted when I copy it.  What are they hiding?  Add me to your list if you do civil/human rights work, please, IF THEY LET YOU. I am on nine (9) Twitter lists so far - https://twitter.com/koffietime/lists/memberships
Posted by MaryLovesJustice Neal at 2:19 PM