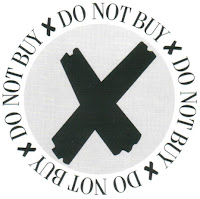 BOYCOTT 4 JUSTICE for Troy Anthony Davis.  VIDEO LINK: http://youtu.be/_FVLRUJ0voE  (Five (5) paragraphs, three (3) photos, ten (10) full links and also 13 embedded links in the Wikipedia "Atlanta" excerpt. Links in the tweets from my Twitter @koffietime account are not incl in the count.) On September 15, 2011, petitions with over 600,000 signatures were presented to the Georgia Pardons and Paroles Board to stop Troy Davis' execution.  There is no telling how many people were prevented from endorsing the petitions like I was numerous times.  Please call and email Fortune 500 corporations that do business in and with the State of Georgia and enlist corporate support for Troy Davis.  Tell corporations, especially those with headquarter offices in Georgia, that YOU WILL NOT DO BUSINESS WITH THEM unless and until they publish their aversion to killing Troy Davis and other potentially innocent Americans who are denied new trials with substantial post-conviction evidence or denied DNA tests.  Officials care about what corporations want.  Therefore, it is important to give corporations a FINANCIAL INCENTIVE to want justice in the United States of America.  Call Georgia-based businesses, including hotels and convention centers, and urge them to join the quest to SAVE TROY DAVIS. For your convenience, this link carries a list of companies by revenue and their headquarters:  http://en.wikipedia.org/wiki/List_of_companies_by_revenue   - Why should such events as the “Black Family Reunion,” major religious conventions, and Amnesty International's Southern Regional Conference be held in a state that executes innocent men in disregard of the People's pleas for justice?

Wikipedia reports that Atlanta is considered to be a top business city and is a primary transportation hub of the Southeastern United States—via highway, railroad, and air . Metro Atlanta [a city where police threatened to arrest me in June 2010 for speaking to people about the secret arrest and wrongful death of Larry Neal] contains the world headquarters of corporations such as The Coca-Cola Company, Turner Broadcasting, The Home Depot, AT&T Mobility, UPS, and Delta Air Lines. Atlanta has the country's third largest concentration of Fortune 500 companies, and more than 75 percent of Fortune 1000 companies have business operations in the metropolitan area, helping Atlanta realize a gross metropolitan product of US $270 billion, accounting for more than two-thirds of Georgia's economy. Hartsfield–Jackson Atlanta International Airport has been the world's busiest airport since 1998. Read more at Wikipedia's "Atlanta" site at this link: http://en.wikipedia.org/wiki/Atlanta

During the civil rights era and the period when unions were formed, people understood that successful protests must impact business profits to some degree.  If not for Dr. Martin Luther King, Jr. and others who staged the Montgomery Bus Boycott, African Americans might be marching, singing and signing petitions against segregation today but still sitting at the back of the bus.  If not for union leaders and strikers who formed human chains to stop ingress and egress at manufacturing plants to prevent profits, Americans might never have won a 40-hour work week with vacation and sick leave and safer working conditions. Justice in America is a business decision. Cancel your Georgia vacations, concerts, conventions, and business contracts with Georgia-based businesses internationally if Troy Davis is executed.  Please inform businesses of YOUR intention to boycott Georgia corporations unless they PUBLICLY PARTICIPATE in saving Troy Davis.  Obviously, it is insufficient to sign petitions, attend rallies and marches, and call Georgia officials.  Hundreds of thousands of people all over the world have done that for years, but another Georgia judge issued an execution order for Troy Davis on September 6, and execution is scheduled for September 21.  Continue to call Gov. Deal (404) 656-1776 and Georgia's Board of Pardons and Paroles (404)656-5651, which is meeting on September 19th.  ADDITIONALLY, PLEASE CALL CORPORATIONS AND MAKE IT THEIR BUSINESS TO SUPPORT JUSTICE.  See the Boycott 4 Justice video http://youtu.be/_FVLRUJ0voE . 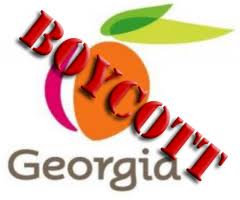 Urge civil and human rights leaders and organizations to support this BOYCOTT 4 JUSTICE if Troy Davis is executed.  Boycotting is the highly effective protest method commonly used in the 1960's and 70's (Google “BOYCOTT 4 JUSTICE”).  Please see many other articles in my FreeSpeakBlog, including:  "Mary Neal v. USA" http://freespeakblog.blogspot.com/2011/09/mary-neal-v-usa-re-racism-conspiracy.html  and "Diversion Needed! Let's Kill Troy Davis" http://freespeakblog.blogspot.com/2011/09/diversion-needed-lets-kill-troy-davis.html  - Access more justice articles at the index on the left margin of FreeSpeakBlog.  If Davis is executed, only businesses that publicly denounce capital punishment should be spared from the boycott.

People who boycott the State of Georgia have a responsibility to innocent people who are impacted: workers and job seekers. Ninety percent (90%) of donations to United Way of Metro Atlanta goes directly to assisting people in the metro area who experience financial hardship, and only ten percent (10%) is used for administrative costs. It is easy to arrange to give through United Way - just call 211 or visit the website: http://www.unitedwayatlanta.org/GIVEE/Pages/Give.aspx

Advocacy by Mary Neal, Wrongful Death of Larry Neal http://wrongfuldeathoflarryneal.com/ - director of ASSISTANCE TO THE INCARCERATED MENTALLY ILL ("AIMI") http://www.care2.com/c2c/group/aimi - an online advocacy against mass incarceration, prisoner abuse and capital punishment, racism and class consciousness within the justice system.  This is the flyer that hundreds of people will receive at the march from Woodruff Park to Ebenezer Baptist Church in Atlanta during the SOLIDARITY WITH TROY DAVIS events, which include a prayer service and speeches by noted civil/human rights advocates (who surprisingly haven't a thing to say about Larry Neal's lynching in Memphis, TN in 2003 or my family's intense censorship and terrorism to intimidate us into silence.  Well, thank God they help Troy Davis).


Below are recent tweets for freedom from my @koffietime account - http://twitter.com/koffietime

@PFADP Pray 4 me. I'm marching for #TroyDavis & CoIntelPro is desperate to hide the Secret Wrongful Death of Larry Neal freespeakblog.blogspot.com/2011/09/mary-n…
59 seconds ago

@Google @Twitter Pls be on HIGH ALERT 2day while I attend march to SAVE #TroyDavis. CoIntelPro is DESPERATE to hide COCHRAN FIRM FRAUD! Pray
2 minutes ago

Don't know if CoIntelPro attacked PC views of BOYCOTT 4 JUSTICE FOR TROY DAVIS AGAINST GA BUSINESSES or only on cellphones, which blacks use
12 minutes ago

At the @Google Alert for my blog BOYCOTT 4 JUSTICE FOR TROY DAVIS AGAINST GA BUSINESSES, it collapsed to hide the opening comments, also.
14 minutes ago

I opened @Google Alert & @Twitter email re RT by @azform on my cellph & both said, "the page you are looking for in EXPOSED is not found."
16 minutes ago

@MSN it appears that for some STRANGE reason, cyberdogs only allow me to use IE-8, not @Google Chrome or @Firefox. Can you tell me why?
15 Sep

Cyberstalkers, why is it that I cannot use @Google Chrome? Why does this PC that other ppl use Firefox on only go online w IE-8 for my use?
15 Sep

People may doubt what you say, but they will believe what you do. ~Lewis Cass
14 Sep

@RCdeWinter After U RT my announcement re Mary Neal v. USA, your name doesn't appear when I put "RC" in my @Twitter field. Another thing...
14 Sep

@Google @Twitter @mashable When I started sending the link to Mary Neal vs. USA for Racism, Conspiracy & Terrorism to my FB gps, immediately
14 Sep

@Google wonder if I'll have to go pro se against USA? Wonder if a judge will say USA doesn't exist like Cochran Firm youtu.be/X-5znkiEfFM
13 Sep

@blackvoices @BlackTh0ught @MaxReddick Blacks use cellphones for Internet more than others. They code my links not 2 link on cellph view!
10 Sep

@Google See the first link in this article marylovesjustice.blogspot.com/2011/09/koffie… Its color is different. On cellphone view, it doesn't link! Whatonearth?!
10 Sep

@Google Cyberdogs have codes they apply to certain of my links in Blogger that prevent linking on cellphone view. Blks depend on cellphones.
10 Sep

@worldwideprayer Y'all pray for me. I thought I had freedom of press/speech & USA had almost overcome prejudice. Then freespeakblog.blogspot.com/2011/07/crazy-…
10 Sep

@reddit #Jesus, help me! Some ppl U have me speak boldly to are demonic and dangerous! Letter to Mary Neal's Terrorists freespeakblog.blogspot.com/2010/10/letter…
10 Sep

@ICADP On my view, your pg says "Loading tweets could take a while" for 5 min. Hackers censor my DP advocacy, too VIDEO youtube.com/watch?v=GaTiBU…
10 Sep

@HumanityNews Sometimes I don't know why I bother serving caffeine. Ppl who reelected AlceeHastings after he introduced H.R.645 are hopeless
10 Sep

A #Christian said, "I deserved death, and I was saved by grace. BUT I favor executing others who MIGHT deserve death B4 #Christ saves 'em!"
10 Sep

#Christians, there are 2 types on death row: sinners or ppl who repented. In either case, DP kills ppl #Christ died to save. Argue w/ that!
10 Sep

@DellHomeUS Could U pls send me a couple of PCs? Stalkers keep destroying mine and GA police say that's not illegal - freespeakblog.blogspot.com/2011/07/crazy-…
10 Sep

@Citizensnews BOYCOTT 4 JUSTICE to Save Troy Davis marylovesjustice.blogspot.com/2011/09/boycot… Big Business will tell their judges and elected officials to be fair
10 Sep