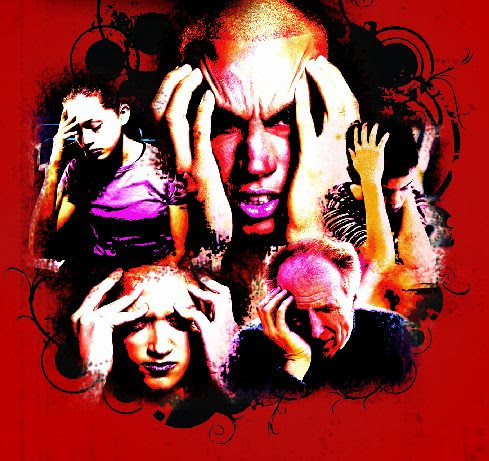 (22  paragraphs, 12  links, 6 petitions )    PROGRESS REPORT:  This year's World Conference on Mental Health will focus on EQUITY. Members of Assistance to the Incarcerated Mentally Ill ("AIMI"), an online human/civil rights group, advocate for mental illness to be addressed with treatment like other chronic health conditions that require monitoring and care, such as heart disease or diabetes.  It is gratifying to know that this week, experts will gather to address inequities that mentally ill people face that actually constitute systemic discrimination against our most vulnerable citizens.  Homelessness, prison, and death must cease being America's answer for this common, highly treatable health condition.  Hopefully, mental health experts will acknowledge that it was a mistake to reduce America's inpatient beds by 90% since the 1960's, while simultaneously reducing community care programs and enacting rigid "immediate danger to self and others" laws that make crisis intervention nearly impossible to access until there are smoking guns and dripping knives.

The only three reasons why 1.25 million mentally ill people are in prison today are (1) unavailable psychiatric services; (2) acute patients' inability to recognize their need for help; and (3) lack of subsistence assistance for mentally ill people who require it to avoid homelessness and hunger.  When all three of those critical needs are addressed, mental illness will be decriminalized (reducing crime and prison budgets), and hundreds of thousands of sick people will resume wholesome lifestyles.  The same remedies should be applied to address serious mental illness all over the world.  An excerpt from an article about the conference is below.

NEWTON, Mass., Nov. 15, 2010 - redorbit.com/news/health - More than 500 mental health researchers, practitioners, and advocates representing over 40 countries will gather for the Sixth World Conference on the Promotion of Mental Health and Prevention of Mental and Behavioral Disorders, November 17-19, 2010, at the Omni Shoreham Hotel in Washington, D.C. With the theme Addressing Imbalances:  Promoting Equity in Mental Health, the conference will focus on inequalities in care, research, and practice in ways that protect the most vulnerable.

Previous conferences in this biennial conference series have been held in Australia (2008), Norway (2006), New Zealand (2004), England (2002), and the United States (2000). Unique this year will be a focus on inequities in how mental health is promoted, and how mental illness is prevented and treated . . . With the recent economic crisis, global sensitivity about the impact on health and mental health has been heightened.

I prayed for the conference attendees, and I prayed for the experts  on mental health care needs who will not be in attendance:  millions of people who are mentally challenged and their family members and close friends - stakeholders.  I prayed that God muzzle any prison investors at the conference; for their self-interests are directly contrary to the needs of psychiatric patients.  I was surprised to learn after my brother's secret arrest and murder that mental patients are treated so callously, especially in America.  Are brain damaged persons not citizens?  Do governments consider them sub-human?  Will their families continue being forced to pay taxes to imprison their sick loved ones when hospitalization and community care programs cost less?  Will security for patients, their families, and communities continue to suffer in a system that waits for crimes to be done by or to mentally ill people before responding - usually by imprisonment rather than treatment?

Most incarcerated mentally ill people are not murdered behind bars like Larry Neal was, but none of them are helped by being imprisoned, especially in torturous solitary confinement where they comprise over 60% of naked inmates in cold, closet-sized cells, 23 hours each day for months or years.  When I began advocacy to decriminalize mental illness in America, I believed that elected officials and experts did not understand the problems and needs of acute mental patients and their families.  AIMI members propose (a) mandated psychiatric treatment for patients exiting jails and hospitals, (b) subsistence assistance for those who require it, and (c) more hospital space for patients in crisis or those who require long-term containment due to crimes or extreme disability.  Then I learned that Kendra's Law, an AOT program, had already proved to reduce homelessness, hospitalization, arrests, and incarceration by roughly 90% among program participants in New York. With such an excellent success rate, what then is the excuse for not instituting AOT programs nationwide and worldwide?

Crime and prison costs were practically eliminated regarding the AOT program participants.  Lives were saved, and people were restored to wholesome lives.  Obviously, mental health experts and lawmakers did not really need my efforts to know what must be done to decriminalize mental illness and eliminate homelessness among our most vulnerable citizens.  All decision makers need do is put the welfare of human beings above their stock portfolios and treat other people as they wish to be treated.

It is fitting for the Mental Health Conference to focus on equity.  The denial of records and accountability regarding my brother's murder proves that mentally ill Americans are not treated equally to dogs, whose abuse or murders are vigorously investigated and prosecuted. In the six  (6) petitions below, many mentally challenged people, their family members, and others who are concerned about justice and human rights share their experiences and insight on the issues that will be discussed at the conference. Petitioners' comments can be reviewed without the need to endorse the petitions.  Please consider what people most impacted have to say, and do the right thing.  They are also experts on mental illness.
(NOTE:  Signatures on these six petitions are sometimes prevented by cyberstalkers hired to block efforts to decriminalize mental illness.)

Justice 4 Larry Neal Petition
http://www.thepetitionsite.com/petition/380598497
See comments from across petitioners across the globe. It's a shame when people in other countries have to petition the U.S. to please be fair and tell an 88-year-old mother how and why her handicapped son died in secret government custody.

Justice 4 Jeremy Petition - Lifelong schizophrenic in CA prison hole  http://www.thepetitionsite.com/1/JusticeForJeremy
California is breaking under its heavy prison debt but it has money to imprison a schizophrenic young man for EIGHT YEARS for merely hitting another mental patient in the mental hospital. Smith faces the possibility of additional sentencing for speaking insolently to a prison guard during a psychotic crisis - typical for severe mental patients. A conviction for "making terrorist threats" would be Jeremy's third strike. Prison profiteerism has practically bankrupted California.

PETITION TO SAVE SGT. RUSSEL - Hospitals, Not Prisons for Sick Soldiers & Vets!
http://www.thepetitionsite.com/1/Save-Sgt-Russel
This petition supports a soldier who suffered a violent PTSD episode on the last part of his third tour of duty in a combat zone. Should he be imprisoned or treated?

Petition to Save Andre Thomas and Stop Executing Mental Patients
http://www.thepetitionsite.com/1/No-Executing-Mental-Patients
Andre Thomas has eaten both his eyes since imprisonment, but remains on Texas death row. A judge ruled that Thomas is "crazy but sane under Texas law" (his words).

The petition below shows some of the opposition to human rights advocacy, particularly if it threatens prison profits:

The entire article announcing the mental health equity conference is at this link:   http://alturl.com/4dqep - Vote for Rep. Eddie Johnson's bill to resume Medicaid for mental hospital insurance and read blogs in support of H.R.619 at this link:  http://www.opencongress.org/bill/111-h619/blogs

Mentally challenged persons and their family members thank conference participants for focusing on equity this year.  May God bless attendees and decision makers with the mind of Christ, who states, "Such as you do unto ONE of the least of these, My  brethren, you do also unto Me." (Matt. 25:40) Mentally ill people simply need decision makers to practice the Golden Rule - http://www.teachingvalues.com/goldenrule.html - including journalists who refuse to report to the American people that congressional bill H.R.619 exists. 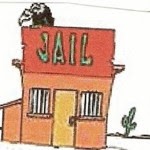 JAIL IS THE LAST THING THAT MENTAL PATIENTS NEED, AND TOO OFTEN, IT IS THE VERY LAST THING THEY EXPERIENCE. Please join our effort to decriminalize mental illness. No one deserves to be punished for having a disability.

Assistance to the Incarcerated Mentally Ill
http://www.Care2.com/c2c/group/AIMI
Posted by MaryLovesJustice Neal at 11:43 AM