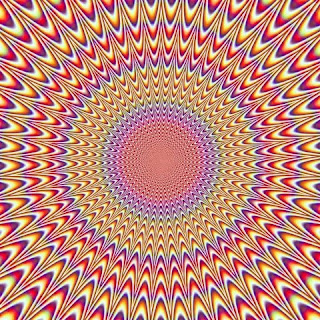 UPDATED March 2011 - Below are a 3-stanza poem, 19 links, a video regarding my family's siege by Georgia police to hide my brother's lynching, an excerpt from AP report re African Americans' return to poverty, and excerpt from ACLU's report about mass hypnosis, saying "PSYOPS" was possibly used on the U.S. Congress to facilitate the invasion of Afghanistan, and a paragraph with comments re: denial of civil and human rights for Africans in America, like the Neal family re "Wrongful Death of Larry Neal" http://wrongfuldeathoflarryneal.com/

This is how we'll win the game
Let just a few live the dream
Marches, sit-ins all in vain
Make 'em think they overcame

Let a few experience success
Toms come aboard and control the rest
Millions will be left in pain
But they'll think they overcame.

Many African Americans feel that their own lives have progressed when they see black people in leading roles on television, in high government positions, or in positions of power in corporate America. The truth for the masses is very different, as reported in an article by Jesse Washington, with the Associated Press - updated 7/12/2011. It states, "A generation that played by the rules and saw progress falls out of the middle class." I call it "Yes We Can Be Po Again!" Excerpts are below.

Algernon Austin, director of the EPI's Program on Race, Ethnicity and the Economy, described the current wealth gap this way: "In 2009, for every dollar of wealth the average white household had, black households only had two cents."

Over $10 trillion was spent on war in recent years, which is the main cause of poverty in the United States of America. PROOF that mass hypnosis exists: Black soldiers helped invade Africa on March 19, 2011. Regarding the Libyan invasion, I see U.S. soldiers invading Africa in a new military conflict that had no congressional approval using borrowed money while schools are closing, millions of Americans are unemployed, and Miami police just killed seven black men in eight months in a country where 37 Georgia prisoners disappeared in December 2010 after leading a nonviolent inmate labor strike for human rights. I see before me a blog written by a woman who is censored, persecuted, and stalked for exposing crimes against humanity in America and asking what happened to her mentally, physically disabled brother who was secretly arrested in the USA and murdered. What do you see? Wake up at the count of 3 - 1, 2, 3! Visit more of my websites and blogs to bring people out of their fog at these links:
http://WrongfulDeathOfLarryNeal.com
http://FreeSpeakBlog.blogspot.com
http://MaryLovesJustice.blogspot.com
http://justicegagged.blogspot.com/
http://www.Care2.com/c2c/group/AIMI
http://DogJusticeforMentallyIll.blogspot.com
http://DMTruth.blogspot.com


The "Mass Hypnosis" poem is dedicated to White Supremacists and their Negro Confederate Soldiers, especially those who lynched my brother, Larry Neal, after three weeks of secret arrest in Memphis Shelby County Jail in 2003 and those in The (Johnnie) Cochran Firm who defrauded my family to help the jail escape accountability.


It is also dedicated to U.S. Attorney General Eric Holder, who investigated Michael Vick's dogs' murders but withholds investigation regarding Larry's death. It is dedicated to the three attorney generals before Holder, who also feel that laws against murder do not deserve enforcement if a black man was killed in the injustice system.

Mass Hypnosis is dedicated to non-violent inmates and innocent people who were drawn from the slave pool to join 2.3 million Americans behind bars, including 1.25 million mentally ill people, including veterans suffering PTSD, who are from minority and poor white white families and incarcerated for reason of a common, treatable health disability. Taxpayers save nothing by this cruel injustice, but prison investors gain.

The poem is for everyone who believes CHANGE should mean justice.


The poem is especially dedicated to the two black Atlanta police officers who answered a 911 call in June 2010 to violate my First Amendment rights to free speech and free press. They demanded that I immediately leave the public sidewalk in front of the court-declared "nonexistent" office of The (Johnnie) Cochran Firm and stop telling people about my brother's murder under secret arrest, media censorship to protect the credibility of the law firm that defrauded my elderly mother and family to protect police who killed my handicapped brother.

When my elderly mother and I sued The Johnnie Cochran Firm for defrauding us to help Memphis/Shelby County Jail avoid accountability for killing my mentally, physically handicapped brother after 18 days of secret arrest, the law firm had no defense.  Therefore, The Cochran Firm claimed nonexistence in the State of Georgia where I suit was served and no law office in Memphis, where our contract for legal services was signed.  Surprisingly, Georgia judges allowed the obvious perjury. It may be possible for judges not to see The Cochran Firm offices that are clearly visible from the upper floors of both Superior Court and USDC in Atlanta.  Perhaps the courts could not recognize that the most famous and prolifically advertised plaintiffs' law firm in the state was lying to avoid a jury trial. Maybe the judges were hypnotized when they dismissed the Neal's lawsuit based on the obvious perjury by The Cochran Firm attorneys. Such frauds keep The Cochran Firm's name clear to defraud other minorities like the Ramapough People of New Jersey, an African/Native American tribe that suffered decades of environmental racism by Ford Motor Company.

Mass hypnosis is possible. According to an ACLU report I received, it appears that even the U.S. Congress was a victim of mass hypnosis. See this link: http://www.aclu.org/national-security/aclu-asks-congress-investigate-military-use-psyops-members-congress An excerpt is below.

Congress Should Investigate Military Use of "PSYOPS" on Members of Congress

Congress should investigate allegations that a U.S. Army general improperly ordered military personnel to conduct "psychological operations" (PSYOPS) on members of Congress to manipulate them into supporting funding for the war in Afghanistan. The ACLU also urged Congress to broaden its oversight of the military's intelligence gathering operations. The allegations of the illegal use of PSYOPS first appeared in Rolling Stone magazine late last week.

If the allegations are true, the reported conduct was in direct violation of U.S. law and Department of Defense policy, and represents an affront to core democratic principles of civilian control over the military.
********
My question is, if the invasion on Afghanistan is perceived to have been caused by PSYOPS, will the 112th Congress order full withdrawal of American troops? Is PSYOPS contagious?

See articles and more poetry to promote human rights and justice in the index for this blog http://freespeakblog.blogspot.com/ . See the video below and share with your friends and groups using the "Add This" feature if they let you, or republish this article in its entirety on your websites. The blog carries many stories about injustices to "slave class" Americans of all races and ends with the solution: BOYCOTT 4 JUSTICE - Give corporations and government a FINANCIAL incentive to Change.  The love of money is the root of ALL evil.  Consumer power must be used to fight unethical business practices (law and disorder) financially. As long as there is no financial consequence for wrongs, elitists ignore marches, petitions, and community outrage like a child having a tantrum.

Thanks for your interest in justice for ALL. I believe a certain amount of relaxation is necessary to be hypnotized. Dodging in-person and online stalkers like I have since suing The Cochran Firm and organizing Assistance to the Incarcerated Mentally Ill (AIMI) keeps one alert. See this video: "Georgia Family Under Siege to Hide Lynching – Atty Needed" http://www.youtube.com/watch?v=X-5znkiEfFM WAKE UP SHEEPLE!  IT'S KOFFIETIME! Follow me at Twitter where I am Koffietime - http://twitter.com/koffietime

Mary Neal's Google Profile - http://www.google.com/profiles/MaryLovesJustice  - Get the RSS feed for my Care2 Sharebook at: http://www.care2.com/c2c/share/rss.html/513396753/0/  - Get the RSS feed for my Twitter KOFFIETIME at http://twitter.com/statuses/user_timeline/59790083.rss  - Current, urgent justice issues from a laywoman's viewpoint at my primary blog http://freespeakblog.blogspot.com/  (the name is a joke, believe me) Recommended articles - http://topsy.com/site/freespeakblog.blogspot.com  - Address: MaryLovesJustice@gmail.com

PLEASE WAKE UP SOON, AND DON'T LET YOUR FRIENDS AND FAMILY OVERSLEEP. DON'T BUY THE HYPE. "THEY DON'T CARE ABOUT US" (MJJ).
Posted by MaryLovesJustice Neal at 3:36 PM

Google "BOYCOTT 4 JUSTICE by Mary Neal." Use Consumer Power to command respect as customers and constituents.

Valuable information and excellent design you got here! I would like to thank you for sharing your thoughts and time into the stuff you post!! Thumbs up
NLP certification

Thank you, Michael Gibbs. After being denied justice and recognizing where this thing is going, I decided my best course of action was to inform everyone of what is happening in and to America. But as the Bible says, "There is none so blind as those who will not see." Some people choose to stay hypnotized perhaps because they do not know what to do when they awaken. On the other hand, maybe God allows this deep slumber because this is the end of the game, and it would not happen if people were aware of their own enslavement. Thanks for commenting.

This iphone hypnosis app guided meditation prompts you to choose a short-term goal and imagine all the steps, states, and benefits associated with making it happen. Listeners can opt out of the relaxation component before the session if they choose to stay alert while visualizing their goal. The “Awaken” feature can also be turned off for listeners who prefer to fall asleep at the end. You can even control the volume of the background music separately from the vocal track and disable the opening chime if you’d rather begin with silence.

thanks for your hopeful post on Hypnosis. i thanks its very important post us
Virginia hypnosis Bruxism

Nice article Man Keep up the good work. And I would like to be here again to find another masterpiece article.
https://blog.mindvalley.com/what-is-hypnosis