(11 paragraphs, 16 links - Please read all before opening links or use your back arrow to return to this blog.)      According to an email I received today, an unsettling asterisk must be added to the legacy of Ernest C. Withers (pictured below), one of the most celebrated photographers of the civil rights era: Withers was a paid F.B.I. informer. 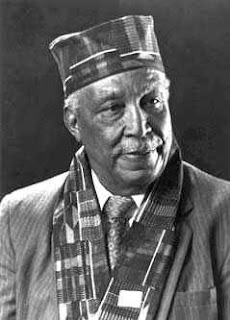 The report said, "On Sunday, The Commercial Appeal in Memphis published the results of a two-year investigation that showed Mr. Withers, who died in 2007 at age 85, had collaborated closely with two F.B.I. agents in the 1960s to keep tabs on the civil rights movement. It was an astonishing revelation about a former police officer nicknamed the Original Civil Rights Photographer, whose previous claim to fame had been the trust he engendered among high-ranking civil rights leaders, including Dr. King."

I responded:     Thanks for the news about civil rights photographer and traitor Ernest Withers. Over a decade ago when I worked was a legal assistant for social secutity attorneys, some senior citizens sought administrative hearings because the Social Security Administration had failed to include their income as civil rights movement spies when determining the amount of their retirement benefits. Traitors were not ashamed that they marched with Dr.King and attended planning meetings with freedom fighters in order to report SCLC and NAACP plans to the FBI.  Informants are sometimes called "citizens police," and thousands are being hired today. (Google the term).

There are many traitors of the civil rights movement and today's continuing struggle for equal justice for ALL. Many community and religious leaders were more interested in uplifting the "downtrodden" when the term applied to them. I recently discovered that the family of Kathryn Johnston, the 92-year-old Atlanta black woman who police killed in a home invasion in 2006, was defrauded by black and white attorneys in The (Johnnie) Cochran Firm working on behalf of a city government that is largely headed by blacks. The Cochran Firm pretended to electronically file a lawsuit on behalf of Kathryn Johnston's survivors with an $18 million demand.  When the news reported that the lawsuit regarding Kathryn Johnston's murder had been settled in August 2010 for just $4.9 million, I went to the Atlanta Attorneys Office and asked for the civil action number for the lawsuit.  I planned to review the lawsuit and see what reason there was to settle for less than one-third of the demand in a city where any jury would be likely to grant the entire amount demanded in the elder's murder, if not more.  I was not given the civil action number for the lawsuit.  I then asked what court the suit was filed in, since I had never seen any news reports about the matter that included that information.  I was told it was filed in the "courthouse across the street."  I then went to the courthouse across the street where Georgia Superior Court and Fulton County State Court of Georgia are.  Clerks and supervisors did a thorough search of their records and neither could find any record of Dozier vs. City of Atlanta on file.  I insisted that the case had to be on file in one of those courts because the City Attorneys office said it was.  They got more people to check in State Court and in Georgia Superior Court, but there was no record of Dozier available.  I returned to the City Attorneys Office and told them that clerks of court said no Dozier case had been filed in either court.  I was then given a yellow sticky with a civil action number for Dozier vs. City of Atlanta in United States District Court 1:08cv0007-MHS.   I went to the federal court to review the file and saw that the case was supposedly "removed" to federal court after having been efiled on 11/21/10 in a lower court.  I went back to the lower courts and demanded that they re-check their records.  According to Telisha Blackshear, State Court had absolutely no record of being the original court for the Dozier filing, and according to Al Clark, Fulton County Superior Court  does not even accept efiled complaints.  Cochran Firm attorneys held televised press conferences telling the world it had filed a civil action suit for Sarah Dozier on behalf of Kathryn Johnston's estate, but they lied.  The law firm actually worked behind its clients' backs to leave them no alternative but to accept Atlanta's recent offer of $4.9 million to settle the case (40% of which will go to the devious attorneys). No lawsuit for Kathryn Johnston's murder was actually filed in any court, but the devious Cochran Firm filed fraudulent documents making that affirmation in federal court in January 2008.  [Nov. 2010 Note:  Attorneys who checked United States District Court docket on 1:08cv0007-MHS immediately after I published this information in August 2010 should look again.  Court clerks who searched for the Dozier case they could not find in August should look again.  I believe things will be different now.]

I anticipated the fraud against Kathryn Johnston's family because The Cochran Firm also pretended under contract to work as wrongful death attorneys for my family after the secret arrest and wrongful death of Larry Neal, my mentally, physically handicapped brother who died in Shelby County Jail in 2003. http://wrongfuldeathoflarryneal.com/  - Hopefully, the unethical lawyers will not find another Georgia judge to say The Cochran Firm is ineligible to be sued in Georgia because the law firm has no Georgia offices (that is what happened when my elderly mother and I sued The Cochran Firm for defrauding our family to protect the jail where Larry died).

Apparently, not much has changed regarding blacks receiving equal protection under the law in the United States.  That is why Georgia Superior Court pronounced The Cochran Firm "nonexistent to be sued" by the Neal family in 2006.  On the family's second try in federal court, United State District Court Judge Batten ruled in 2009 that The Cochran Firm holding Larry Neal's wrongful death action against Shelby County Jail secretly inactive until there was insufficient time remaining on Tennessee's statute of limitations to sue for his murder was not the reason why the family did not sue the jail (not a typo).  Neither lawsuit against the law firm that defrauds minorities to protect government assets after police murders was allowed to proceed to jury.  Unfortunately, minority citizens' civil rights are no more protected in and by the federal government in the 21st century under a largely black administration than when Dr. Martin Luther King, Jr. and Malcolm X fought for justice over four decades ago.  If this were not the sad truth, then certainly the United States Department of Justice under Attorney General Holder would not refuse to answer the Neals' Freedom of Information Act requests about Larry Neal's covered-up jailhouse murder, and his sister, yours truly, would not be censored to prevent her from reporting this and other injustices against disenfranchised persons of all races, as can be clearly seen in the videos in my article:  SIX VIDEOS PROVE CENSORSHIP AGAINST MARY NEAL.  It contains videos that should be in my YouTube channel at jkempp703, but I noticed some time ago that some are missing.  Search for that title is not responding at Google today.  the article should be in this FreeSpeakBlog at this link:  http://freespeakblog.blogspot.com/2010/05/four-mary-neal-censorship-videos.html    Care2 Link to videos:  http://www.care2.com/c2c/share/detail/1487753  - Unfortunately, just as Dr. King experienced, COINTELPRO-like interference against the truth about minority rights is censored, and today's discrimination still has black participants like Ernest C. Withers.

The apparent enmity against justice for blacks in the 21st century is disappointing.  Fraudulent documents by Dozier's lead attorney, Hezekiah Sistrunk, and other plaintiffs' lawyers were allowed to pass in federal court although they were obviously frauds to all legal professionals involved.  I have exposed the crime to Atlanta Mayor Kasim Reed and Kathryn Johnston's former congressman, Rep. John Lewis, Atlanta police, other officials, and initiated communication with Kathryn Johnston's survivors.  They should sue The Cochran Firm for the $13.1 million shortfall the law firm's fraud cost them.  Clients across America who think they have a lawsuit by The Cochran Firm, especially minorities, should immediately verify with the perspective courts where such lawsuits were supposedly filed.  That is particularly important for civil actions that have government entities as adverse parties.

Read more about black-on-black crime that is not confined to the ghettos in this article:

It is unwise to believe that people are interested in liberty and justice for ALL just because of their race, political party, or past exploits in the field of human rights.  Enemies of justice rely on such gullibility.

HubPages Profile:  http://hubpages.com/profile/Mary+Neal
NowPublic Profile:  http://www.nowpublic.com/user/51620/assignments
Follow me at Twitter, where I am KoffieTime, and I will follow you back!  http://twitter.com/koffietime
Mary Neal's Google Profile - http://www.google.com/profiles/MaryLovesJustice - Get the RSS feed for my Care2 Sharebook at:  http://www.care2.com/c2c/share/rss.html/513396753/0/ - Get the RSS feed for my Twitter KOFFIETIME at http://twitter.com/statuses/user_timeline/59790083.rss - Current, urgent justice issues from a laywoman's viewpoint at my primary blog http://freespeakblog.blogspot.com/ (the name is a joke, believe me)  Recommended articles - http://topsy.com/site/freespeakblog.blogspot.com - email address - MaryLovesJustice@gmail.com - Topsy Koffietime tweets - http://topsy.com/twitter/koffietime?nohidden=1&page=1  The Coalition carries the cyberstalking/cyber censorship videos at http://groups.google.com/group/coalition-the/browse_thread/thread/4ade9d661daff268?pli=1 - We appreciate everyone who helps us overcome censorship.  As long as wrongs can be hidden, justice is denied.
Posted by MaryLovesJustice Neal at 4:02 PM

Please see if you can sign this Amnesty International petition for Troy Davis, who is an innocent man facing execution in Georgia.

Review my articles to see what justice is like in some Georgia courts, and help stop this man's wrongful execution. My signature was prevented. Oftentimes, Denial of Service viruses are applied to human rights petitions to prevent the public from having a voice in important decisions in America. Such is the state of "freedom of press" and "free speech rights."

I am concerned for the families of Lawrence Taylor, of California, and William Owens, of Alabama. They rely on The Cochran Firm Frauds for justice in their wrongful death cases against police officers. The Cochran Firm works against its clients in clandestine relationships with government agencies in such cases, as proved in two Georgia civil actions: the Wrongful Death of Larry Neal (Neals vs. The Cochran Firm) and the Kathryn Johnston wrongful death case (Dozier vs. City of Atlanta). The Taylor and Owens cases are described in the links below.

I really liked your article. cardiovascular