Mainstream media companies are racially prejudice and deliberately facilitate the oppression of Africans in America. There can be no doubt about that when one considers how media companies withhold news of importance to Africans, such as The (Johnnie) Cochran Firm fraud. Cox Enterprises runs ABC in Atlanta and jumps hurdles to protect the CoIntelPro operation from discovery. Vester L. Flanagan, II, a/k/a Bryce Williams, was a former ABC reporter and a Black man. Flanagan claimed being fed up with racism and fatally shot two Caucasians, WDBJ reporter Alison Parker and cameraman Adam Ward. They were killed during the station's morning newscast on August 26, 2015. The person being interviewed was shot in her back but is recovering. 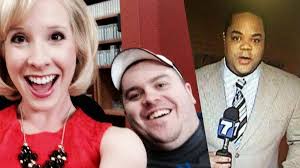 Flanagan's employment was terminated two years ago, and the EEOC discrimination complaint he filed was dismissed. He claimed being a gay man who was disrespected in the workplace by white women and black men. NY Daily News reports, "The outraged journalist had sued a local NBC affiliate in 2000 claiming producers and managers made racist remarks about blacks and fired him for complaining about it, the Tallahassee Democrat reported. Flanagan claims he and another black employee were referred to as 'monkeys.' A supervisor, he said, also once said 'blacks are lazy and do not take advantage of free money,' according to the Democrat."

As one who is familiar with racism in America, I find all of Flanagan's allegations entirely plausible. The "www." in certain Care2 links of mine were redirected to a huge, black gorilla rather than to my articles. A teaching physician at UCLA was victimized by a cruel hoax by students which was allowed by the school administrators when they replaced his body on film with the body of a huge gorilla. Dr. Head won a substantial lawsuit (Google "Dr. Head Mary Neal" for my article about that in "Legal Victories" blog). While blacks are regularly accused of being lazy, our ingenuity is greatly suppressed and accomplishments are punished, especially if we attempt to compete with Caucasians (Google my IRP6 article in my "FreeSpeakBlog").

Of course, the entire episode of the murdered ABC reporters could be just another false flag like the Conspiracy Club implies. The media won a lawsuit that gave them the right to lie to the public, you know: I tend to believe as the Conspiracy Club does about these shootings. Depopulation enthusiasts and eugenicists have been trying to instigate a race war in America for at least seven years. Apparently, Americans have not developed brain damage at the rate they hoped from fluoride in the water, etc. Some of us even know who the real oppressors of our freedom are, and I don't mean your black or white neighbors. 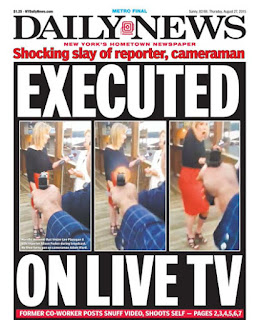 I may or may not write more about this assassination later in this article. I'm very busy this week starting a new business and preparing for Mama's return home. In case the reporters were assassinated as reported, condolences to their families and friends and to the shooter's loved ones. It was probably not the victims' fault they were employed by a racist mainstream media company that believes everyone who is not a heterosexual, wealthy, white male is immaterial, which I was ruled to be by a federal judge when I sued The Cochran Firm in 2007. I sued The Cochran Firm twice for defrauding my family to help Memphis Shelby County Jail escape accountability for the secret arrest and "Wrongful Death of Larry Neal" (Google the quoted term.) That is a REAL race war story that none of the mainstream media companies report, and which Atlanta's ABC operator, Cox Enterprises, helped to hide.

Cox's authorized agent even shut its offices at 3pm one day to avoid receiving my subpoena for records of The Cochran Firm's advertising on that station, but it was delivered later in the week by sneaking up on them in the predawn hours. Despite prolific and continuing ads for the Atlanta office of The Cochran Firm, the firm told Georgia courts it had no law offices at all within the State of Georgia. Amazing liars, and their fraud on the court was allowed and has never been reported by mainstream media.

I'll tell you at another time what Atlanta Journal Constitution did to help hide The Cochran Firm fraud.  That newspaper is also a Cox enterprise. Neither ABC, NBC, CBS, CNN, MSN, or even NPR have reported that The Cochran Firm was declared on May 12, 2015, by United States Federal Court in the Central District of California, not to even be "a law firm" and to have "unclean hands." See three reference links below. RACISTS censor news about The Cochran Firm fraud to keep blacks' trust in a law firm that operates falsely in Johnnie Cochran's name, defrauding Black from coast to coast to save police departments and major corporations from paying much for personal injury and wrongful death claims. In case I don't add more to this article, relax. It's all in the book, "The Cochran Firm Fraud," which will be available for purchase soon. You can also do a Google search for "Cochran Firm Fraud" to reach my blog about this.

References:
Racist Slant on the News by Cox Enterprises (WSB-TV Atlanta)
http://justicegagged.blogspot.com/2013/10/racist-slant-on-news-by-cox-enterprises.html
Conspiracy Club Critique of WDBJ Shooting
http://www.conspiracyclub.co/2015/08/28/shady-wdbj-shooting-story/
This website has the video of the live shooting.
Beware of Treacherous Lawyers - The Cochran Firm
http://freespeakblog.blogspot.com/2013/01/beware-of-treacherous-lawyers-cochran.html
This site lists former clients, attorneys, and partnering law firms that sued The Cochran Firm for racism, malpractice, and fraud. I have a whole page full to add now, but as I said, I've been busy. Chances are you never heard of these cases, thanks to racist media companies. They're all in it together, including The Justice Department - like a bunch of hooded people dancing around burning crosses. Mainstream media companies are every bit as racist as Flanagan said, even the so-called liberals. Nevertheless, thy shalt NOT kill. 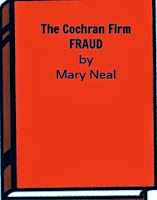