"Africans Were the First Americans," by Dr. Imhotep, African Historian 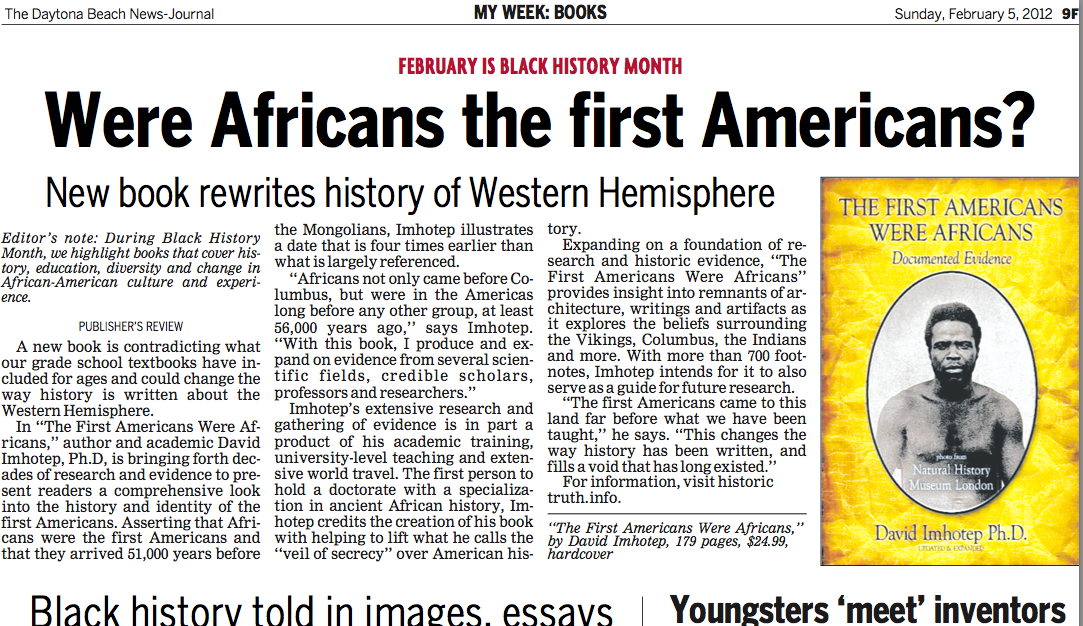 African historian Dr. David Imhotep will be our guest on November 29, 2014 on the "Human Rights Demand" radio broadcast at Blogtalkradio station. To connect with the host, Mary Neal, please call (347) 857-3293 to speak on air. Your questions and comments are appreciated. We will be live on the air and the tape will also be archived at http://www.blogtalkradio.com/humanrightsdemand/2014/11/30/the-first-americans-were-africans-by-dr-david-imhotep

A new book contradicts what our grade school textbooks have included for ages and could change the way history is written about the Western Hemisphere. In “The First Americans Were Africans” (published by AuthorHouse), author and academic Dr. David Imhotep is bringing forth decades of research and evidence to present readers a comprehensive look into the history and identity of the first Americans. Asserting that Africans were the first Americans and that they arrived 51,000 years prior to the Mongolians, Imhotep illustrates a date that is four times earlier than what is largely referenced.

“Africans not only came before Columbus, but were in the Americas long before any other group, at least 56,000 years ago,” says Dr. Imhotep. “With this book, I produce and expand on evidence from several scientific fields, credible scholars, professors and researchers.”

Imhotep’s extensive research and gathering of evidence is in part a product of his academic training, university-level teaching and extensive world travel. One of the first people to hold a Ph.D. with a specialization in ancient African history, Imhotep credits the creation of his book with helping to life what he calls the “veil of secrecy” over American history. He can be emailed at david.imhotep@gmail.com

Expanding on a foundation of research and historic evidence, The First Americans Were Africans provides insight into remnants of architecture, writings and artifacts as it explores the beliefs surrounding the Vikings, Columbus, the Indians and more. With more than 700 footnotes, Imhotep intends for it to also serve as a guide for future research.

“The first Americans came to this land far before what we have been taught,” he says. “This changes the way history has been written, and fills a void that has long existed.”

Dr. David Imhotep is one of the first people to hold a Ph.D. with a specialization in ancient African history. He has traveled the world researching for the last 30 years, searching for relevant and interesting evidence. He has appeared on and been referenced in various media outlets, including “The New York Times.” 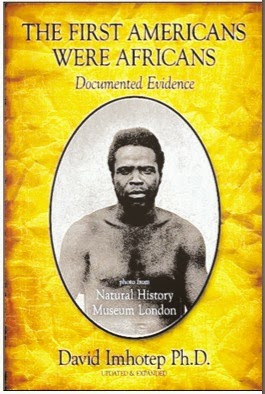 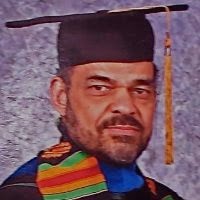