Shannon Nyamodi Jailed for Being a Good Samaritan

Whenever NSA or other stalkers fight me about publishing an article, I know the system plans to corrupt justice, and I re-publish said article to give the news more exposure. That is the case with my article from the "Human Rights for Prisoners March" blog about Shannon Nyamodi, an admirable young man in Franklin County, North Carolina. Please see the article below, and help if you can.

When a woman came out of a house screaming and fell to the sidewalk, Shannon Nyamodi, 18, hurried to her aid from the house where he was visiting friends in Franklin County, NC. He called 911. The white woman had been shot. She said her daughter was responsible. The police arrested Shannon for shooting the woman in her head, because he was the only black man around! The victim lived, although she was shot in the head. She swears Shannon did not shoot her, but the people who did shoot her are related to Sheriff Jerry Jones, of Franklin County, NC, and they are NOT to be blamed. Website for Shannon:
http://electbeth.wix.com/shannon  ~The good Samaritan has been incarcerated for a YEAR, held on a $500k bond, although he has no criminal background and had recently graduated from high school. He was a working young man who was about to go into the military.

Do they plan to kill the victim who swears Shannon did not shoot her? How does racist North Carolina intend to prosecute the person who HELPED the woman with her declaring it was not Shannon who shot her? The drama unfolding in Franklin County is very frightening for the victim, who is waiting to testify on Shannon's behalf, and for Shannon and his family. Will you please help them? The young people who allegedly shot the victim have been connected to another shooting around Mother's Day, 2013. Again, they were not arrested.

Shannon's mother, Elizabeth Crudup, was a guest on BlogTalkRadio on December 19, 2013, and discussed her son's persecution. The interview is archived at this url:
http://www.blogtalkradio.com/nnia1/2013/12/20/enslavement-and-genocide-of-africans-and-indigenous-peoples  ~"The Enslavement and Genocide of Africans and Indigenous Peoples" show broadcasts Thursdays at 9pm Pacific at (818)572.2947 or by computer at
http://www.blogtalkradio.com/nnia1/. 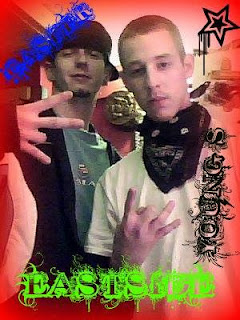 Elizabeth Crudup was asked why the NAACP was not helping her free her innocent son who was arrested after dashing to a white woman's aid and was himself arrested for shooting her. Elizabeth replied: "The NAACP local chair said, and I quote, 'I got to live around here, I ain't messing with any black boy in jail.'"

Shannon's family raised $30,000 and retained a defense attorney who is a former prosecutor. He seems to be working with the prosecution on this case instead of working for his client. He tries to get Shannon to take a plea deal instead of motioning for a bond reduction and a speedy trial on these trumped up charges! Don't let the system railroad this young man just because he is black in order to save Caucasians who the victim said really assaulted her! Help Shannon get home for Christmas!

Sheriff Jerry Jones lost his re-election bid, but the people's choice was thrown out of office, and the county commissioners appointed Jones back to his old position. They were supposed to have a special election in December 2013, but it was postponed for one year. The sheriff's phone number is (919)496.2186.

The district attorney for the 9th District of North Carolina, Samuel Currin, III, was a judge. He was prosecuted for corruption and sentenced to ten years of prison but was released after two years and became district attorney of Franklin County. Ms. Crudup says Mr. Currin told her he knew Shannon was innocent and that Shannon's attorney is the one trying to get Shannon to accept a plea deal. The district attorney's phone number is (919) 497-4290. See an excerpt from News Observer, published when Mr. Currin was released:

RALEIGH — Sam Currin, a former judge, federal prosecutor and state Republican Party chairman, was ordered released from prison after serving a fraction of a nearly six-year sentence for money laundering and obstruction.
http://www.newsobserver.com/2009/07/13/64782/judge-orders-sam-currin-released.html

Shannon Nyamodi is denied a speedy trial because Shannon's treacherous attorney and the district attorney know they cannot prevail against Shannon in a court of law.

The righteous care about justice for the poor, but the wicked have no such concern. ~Proverbs 29:7

The next two articles in this blog are
Parents' race mixing punished: Son Gets Six Life Sentences
http://humanrightsforprisonersmarch.blogspot.com/2013/12/va-parents-race-mixing-punished-son.html
I'll Be Coming Home for Christmas, Mama
http://humanrightsforprisonersmarch.blogspot.com/2013/12/buzzy-martin-ill-be-coming-home-for.html 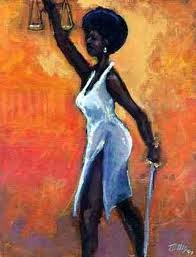 I will reach out to this family and get them on the show. Can you connect us Sis Mary?

I will reach out to this family and get them on the show. Can you connect us Sis Mary?

Yes, I will email you, Bro. Maurice, with the mother's information. Warning: I spoke about this case on my Sunday night "MaryLovesJustice Prayer Meeting," and our Blogtalkradio shows could not go on the air Tuesday. This is a highly censored news story - the railroading of an innocent black teen is an age-old story that is protected by corrupt forces.