National Network in Action on Blogtalkradio

National Network in Action (NNIA) airs on Blogtalkradio to promote human and civil rights and spiritual enrichment. Rev. Dr. Floyd Harris, Jr., director of NNIA, is committed to bringing quality programs to educate, motivate, energize, mobilize and organize to take our community to a higher level of awareness and stronger commitment to justice. "Real Talk with No. 1 Doctors" broadcasts only when announced on Dr. Floyd Harris's Facebook wall. The shows run from 8:00 pm until 8:45 p.m Pacific. "Justice for All" broadcasts run from 9:00 p.m. until 9:45p.m Pacific on Mondays, Wednesdays and Sundays. The schedule is below. Live shows on both channels can be accessed by phone or computer, and archived tapes are available 24/7 by computer at Blogtalkradio.
http://freespeakblog.blogspot.com/2013/10/new-human-rights-blogtalkradio.html 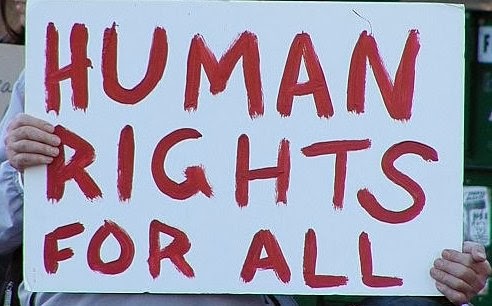 Real Talk with the No. 1 Doctors
http://www.blogtalkradio.com/realtalk1dr
"Real Talk" discontinued its regular schedule temporarily. The broadcasts often feature guests who bring timely, pertinent news and have specialized information about relevant subjects. When scheduled, show announcements will appear on the Facebook wall of National Network in Action and on Rev. Dr. Floyd Harris, Jr.'s Facebook wall. When shows are scheduled, tune in at 8pm - 8:30pm Pacific time. Call-in at 619.393.2837. Contact Rev. Harris to schedule a show if you have important news at xyfloyd@aol.com 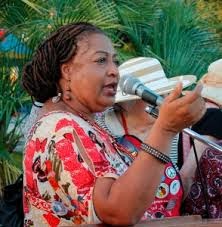 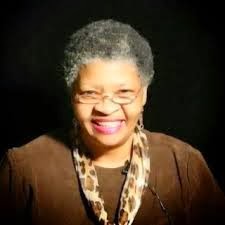 Only our recurring weekly shows for April 2015 are presented on this schedule. For a current schedule and special shows, see http://mljradio.blogspot.com/

APRIL 2015
PLEASE JOIN US! We use two human rights radio channels. Call (818)572-2947 for NNIA1, and call (347)857-3293 for Human Rights Demand. Upcoming BlogTalkRadio programs are listed in this schedule. Most of the shows are weekly presentations.

Sat. and Sun., 9amPST, April 11 and 12, AIMIvs.USA claimant's conferences. FreeConferenceCall dial-in number (605)562-0020, Meeting I.D. Code: 992-212-650. If that fails, the backup number is (805)360-1075. Assistance to the Incarcerated Mentally Ill (AIMI) plans an action in International Court to win restitution for mentally ill people and their families or next friends regarding negligence, torture, and/or wrongful deaths of mentally ill people under the color of law. People who were victimized by untreated mentally ill people or drug/alcohol addicts can also become claimants. See more information below.

Sat. 6pmPST at Human Rights Demand (weekly) - Johnny Strozier Keeping It Real. Strozier was incarcerated from 1968, when he was 10 years of age, until 2013. He literally grew up in Georgia's prison system. Strozier advises youths and released prisoners to think right and act right so that things will go right in their lives. He has assembled a number of churches and human rights activists to help released prisoners in the Atlanta, Georgia area. Don't miss this re-entry program.

Mon. 12noonPST at NNIA1 (weekly) - "Is a lawyer in the house?" People who need legal representation state their cases in civil and criminal matters. Our guest for April 6 is another victim of The (Johnny) Cochran Firm fraud. He alleges the law firm defrauded him and worked behind his back for his defendant. The cancer survivor hired the deviant Cochran Firm attorneys to file lawsuit against his doctor, who misdiagnosed his disease and allowed his cancer to reach stage 3. He seeks an attorney to file a malpractice lawsuit against his corrupt attorneys who deliberately threw the fight for justice against his negligent former doctor.


Tue. 12pmPST at NNIA1 (weekly) - Dorothy Mackey, Human Rights Advocate, reveals shocking information about child endangerment, military sexual assaults, and other human rights issues (Google her). Children of incarcerated mothers and others are subject to CPS custody and enforced adoption. Some do not fare well after that.

Tue. 6pmPST at Human Rights Demand (weekly) - Ralph Poynter "What's Happening", a show hosted by a human and civil rights icon (Google him). Poynter is regularly joined on air by his wife, former activist attorney Lynne Stewart, and colleagues, including Betty Davis, Larry Poynter, and others.

Wed. 9pmPST at NNIA1 (weekly) - Assistance to the Incarcerated Mentally Ill  In America, 1.25 million mentally ill people are incarcerated. They comprise 60 percent of the inmates in solitary confinement torture and over 50 percent of the police violence victims. Mentally ill people in the USA are sometimes executed, which violates U.S. and international law. We discuss the problems generally and present specific cases of government abuse.

APRIL 2, 2015: Thur. 6pmPST at NNIA1 - Ms. Taylor, a children's advocate from Memphis, Tennessee, will be our special guest. The Shelby County Jail continues to violate citizens' rights 12 years after the secret arrest and wrongful death of Larry Neal, this station director's mentally, physically disabled brother who was murdered there on August 1, 2003. Children incarcerated in the jail as adults suffered neglect and brutality. The Department of Justice investigated, and the USA entered yet another Agreement with that "correctional" facility. Yet Memphis officials refused to issue a resolution supporting the United Nations' Declaration of the Rights of a Child when Ms. Taylor made that simple request.

Friday 12pmPST at Human Rights Demand (weekly) - Mary Diaz and Human Conflict Org. show - Advocating parole of prisoners in Florida and throughout the USA after serving their minimum sentences. Every Friday!

APRIL 10, 2015: Friday 6pmPST at NNIA1 - Fridays are usually reserved for special broadcasts and open mic night. Friday programs at NNIA1 are not presently scheduled for every week but will be announced (if/when shows are scheduled) at Mary Neal's pages on Facebook, Google+ (MaryLovesJustice Neal), and Twitter under the @koffietime account as well as in this schedule.

Monthly on Human Rights Demand - MaryLovesJustice presents authors and their latest books about social, economic, and legal justice issues. Dates and times for authors' interviews will be announced at Mary Neal's pages on Facebook, Google+, and Twitter under the @koffietime account as well as in this schedule. Recommended books are featured at our "MaryLovesJustice" blog.
http://MaryLovesJustice.blogspot.com

**NEW** Monthly AIMI Volunteers Conference. AIMI has advocated for the human and civil rights of mentally challenged individuals and their families since 2007. AIMI offers volunteer positions for students, unemployed persons, and retirees who wish to enhance their resumes and/or devote themselves to a meaningful part-time career as a human rights advocate to decriminalize mental illness in America. Mental illness and drug/alcohol dependencies affect people of all races and socioeconomic classes in America; therefore, our volunteers include people of all races, educational levels, and backgrounds. "Whomsoever will, come."

Volunteer conferences are scheduled for 10:00 a.m. PST on the first Saturday of each month, immediately after the "AIMI vs. USA" claimants conference. (AIMI conferences scheduled for April will move to the second weekend, April 11 and 12 (after Easter)).

** Learn more about "AIMI vs. USA" at
http://AIMI-HumanRights.blogspot.com

Search online for "AIMI vs. USA." See "Dog Justice for Mentally Ill" blog at
http://DogJusticeforMentallyIll.blogspot.com for individual stories of avoidable tragedies and methods for improving mental heath care in America.

Thank you for planning to join us for these Blogtalkradio broadcasts and conferences. All shows are archived for later listening by computer at your convenience 24/7, but please call in to speak on air! Comments and questions are invited for every program (see both telephone numbers in paragraph 1, above). Please call Mary Neal at 678.531.0262 or (571)335-1741 if you have questions about our schedule, want to be a special guest, or if you experience trouble connecting to our shows or the conference calls for AIMI volunteers and "AIMI vs. USA."

MaryLovesJustice Neal is director of Human Rights Demand, a host at National Network in Action (NNIA1), and director of Assistance to the Incarcerated Mentally Ill, a human/civil rights organization to decriminalize mental illness in America. The Rev. Dr. Floyd Harris, Jr. is director at NNIA. Note that "AIMI vs. USA" now uses only FreeConferenceCall for claimants conferences:(605)562-0020, Meeting I.D. Code: 992-212-650 >> backup no. (805)360.1075.

Disclaimer:
The information and viewpoints given by hosts and guests are their own and do not necessarily reflect the views of MaryLovesJustice, Human Rights Demand, or National Network in Action. Neither hosts nor guests accept responsibility for the accuracy of information given by any other party.

******
Call or email MaryLovesJustice to be a guest or a guest host. Send your requests to the MaryLovesJustice@gmail.com email address in order to be considered. Title your email "radio shows." If you do not receive a confirmation within 48 hours, please re-send the request, and call (571) 335-1741 for Mary Neal or the cell phone number (678)531.0262. You are also invited to simply comment below and leave your email address.  Thank you for sharing our human rights radio broadcasts with your friends and social networks to help make human rights radio shows successful!
*****

National Network in Action is dedicated to making justice for ALL a reality in the USA and throughout the world. You are invited to contact hosts to schedule an interview on any of the radio broadcasts, or call during shows with your comments and questions. Help by sharing the urls to our broadcasts after each show on your websites and in social media. This is your opportunity to HAVE YOUR SAY!

We offer spiritually uplifting and educational programming that promotes human rights for ALL.

Disclaimer:
The information and viewpoints given by hosts and guests are their own and do not necessarily reflect the views of National Network in Action (NNIA). Neither NNIA nor any host or guest accepts responsibility for the accuracy of information given by any party other than himself or herself. 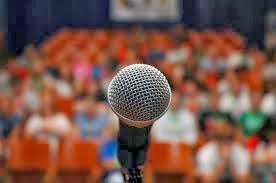 Please share this NNIA1 press release by copying/pasting it in whole or part, or use this link:
http://freespeakblog.blogspot.com/2013/12/new-human-rights-blogtalkradio.html

"Stop being afraid to speak out! Don't remain silent!" ~Acts 18:9
Posted by MaryLovesJustice Neal at 12:39 PM