"12 Years a Slave": A Case for Reparations 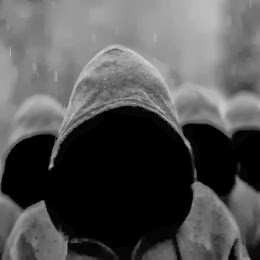 *The wicked flee when no man pursues, but the righteous are bold as a lion. ~Prov. 28:1* ~This verse explains one reason why America's systemic racism continues 148 years after slavery. White supremacists see all African Americans as a threat, not because we have earned their fear, but because of the great sins done against us. A movie to help one understand (trailer):

Some cannot rest easy living among people who were treated so horribly and who are yet victimized by economic depression, prison slavery and weekly lynchings. Therefore, they say "I felt threatened" when they kill us, and even liberal whites understand. For they, too, have felt that unreasonable fear. This explains why liberals tolerate oppressive laws like Stop & Frisk, and juries comprised of otherwise decent people release murderous police officers and others who kill unarmed blacks.

For these reasons, I believe paying reparations for slavery and Jim Crow would be good for this country. Everyone who has ever fallen behind in bills knows the apprehension an indebted man feels when his phone rings, and we can relate to his sense of dread about opening mail delivered "certified." Overdue bills cause dis-ease.

THIS IS AN UNEASY PEACE. Although apologies were made, there exists a sense that no real repentance or forgiveness occurred. Every other group that suffered oppression received compensation, but Africans in America were given empty-handed apologies and told to "get over it." Texas is so uncomfortable with the idea of slavery that its history books for public schools will replace “slavery” with a dishonest term, “unpaid interns.”

A video by Bobby Seale, co-founder of the Black Panther Party, is embedded below to announce another feature film: "Seize the Time; The Eight Defendant." Some members of the Black Panther Party were set up on false criminal charges, and numerous others were killed by police. Many Caucasians say, "Why should African Americans be paid for something our great grandfathers did?" But in truth, neither enslavement nor lynchings of black people ever stopped in the United States for a single week. 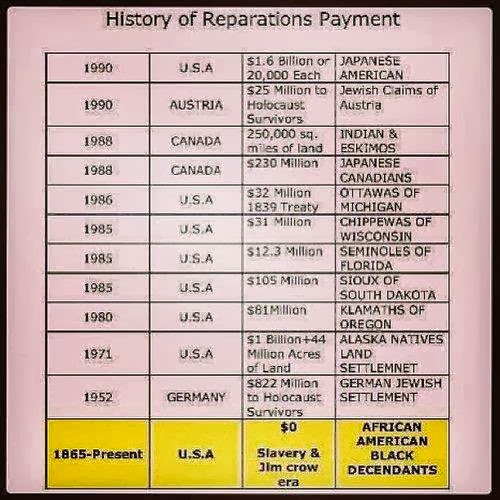 Posted by MaryLovesJustice Neal at 5:44 AM

Movement National Reparations Petition Campaign: A Petition in Support of Black People's Demand for Reparations from the United States ...

3. Petition to Demand the United States Congress to form ... - Change.org

Let it be known, we are demanding that United States Congress hold Congressional Hearings and that a Task Force, or Commission, be formed for...

The three petition links above were added to the above article after publication. I figured CoIntelPro might steal them, so I added them to this comment in hopes that they would remain available for you to sign if you agree that African Americans, who were enslaved for 400 years, deserve reparations as much as Japanese Americans, who were encamped for 3 years.

Bobby Seale, I guarantee you that you still have CoIntelPro problems. THEY made the link to your web page very small compared to the other text. I think they intend to steal it. In fact, it is doubtful that CoIntelPro wants your film to be made. It took over an hour for me to add the complimentary ad to this article. The text is below:

By purchasing books, posters, DVDs and memorabilia from my website, you can help support my efforts get an honest film about our sixties protest movement and the history of the Black Panther Party produced.
Here is the link to that page:
http://bobbyseale.com/html/orderform1.htm
All Power To All The People!
See my YouTube Video
(embedded video)
(MaryLovesJustice icon)

There are more black men in prison now then there were slaves in 1850. I am a white female, and I work for .25 cents an hour in jails for drug possession. Prescription pills kill more kids every year than cocain and heroin combined. They put me in straight jackets, strapped to tables and not allowed to use the bathroom, stripped me naked and put me in suicide tank without so much as toilette paper for saying "liberty or death". All for doing a drug less harmful than the ones they force me to take while in custody. It is not morally wrong to do drugs. With no victim, there should be no crime. I was beaten to the point of needing stitches and permanent visual impairment, and they gave me the assault charge.
I am Irish, and came from an indentured servant.
I do not want reparations for them murdering my ancestors while trying to escape from imprisonment and be free.
No. I'd rather focus on the current enslavement of our moms, dads, sisters, brothers and neighbors, traded around in the "justice system" as a human cattle commodity system. Abolish the prison industry. Free our people, as they are more enslaved and beaten down now than before the civil war.

Prisoners Relief, I am sorry for your imprisonment and abuse. Yes, prisons are the new slave plantations. One day, people will wake up and realize their own jobs are disappearing behind prison walls. Private prisons compete with foreign countries in providing cheap labor, and inmates do jobs that were previously done by union workers.

The War on Drugs will end when the government figures out how to tax marijuana and cocaine, both of which used to be legal in the USA. Liquor and wines were commonly made by whoever wanted to before Prohibition. Then they made it illegal to produce alcohol and sent federal agents to find and destroy all the stills. After that, liquor became legal again, but it is completely regulated and taxed. The same process is happening to marijuana and cocaine. First they were legal, then illegal, and soon the State will allow them to be sold legally again, but the government will tax them.