Will TX Kill the Black Scapegoat, Rodney Reed, with DNA Tests Denied to Save a White Former Policeman?

Georgetown, Texas – Rodney Reed is sitting on death row in Texas for a 1996 murder that he probably did not commit, and if nothing is done to stop the execution, he be killed on March 5, 2015.

FreeThoughtProject reports that even the family of the victim is now coming forward in Reed's defense, saying instead that Stacey Stites' fiance, a former cop, was likely responsible for the murder. The 19-year-old victim was engaged to Officer Jimmy Fennell when she was murdered in 1996. During that time, Fennell was under various disciplinary investigations at the department, because he was stalking and harassing women while on the job. Over the years, mountains of evidence surfaced implicating Fennell as the person who killed Stacy. Fennell is presently in prison, having been convicted of rape in 2007.

Please sign the Change.org petition to save Rodney Reed
http://chn.ge/1wPTXyL?recruiter=802110

Reed was recently denied DNA tests to prove his innocence, while the likely killer, a former police officer, is jailed for rape. Read more about the case at FreeThoughtProject.
http://thefreethoughtproject.com/rapist-cop-killed-wife-death-row-crime/ 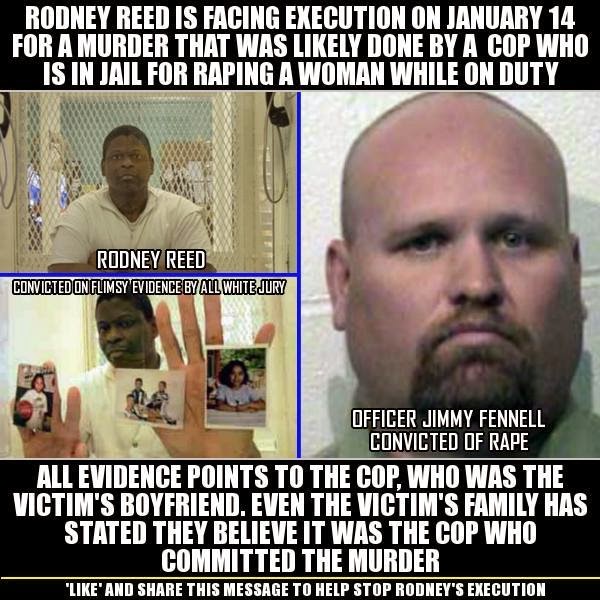 Reed is innocent until proved guilty. For some reason, the system wants to kill him without definitive proof. We applaud the Campaign to End the Death Penalty for launching the petition for Reed, which presently has over 14,000 signatures. Please share it with your social networks to encourage others to help Reed.

"Test every item handled and we can determined who did this crime, but for whatever reason, the State of Texas has decided they want to execute a man without finding out those answers," said Bryce Benjet, an attorney with The Innocence Project.
http://www.myfoxaustin.com/story/27481959/update-judge-denies-death-row-inmates-request-for-more-dna-testing

Stacy Stites and her survivors deserve to have the right person prosecuted and sentenced, not a convenient black man who might be innocent. 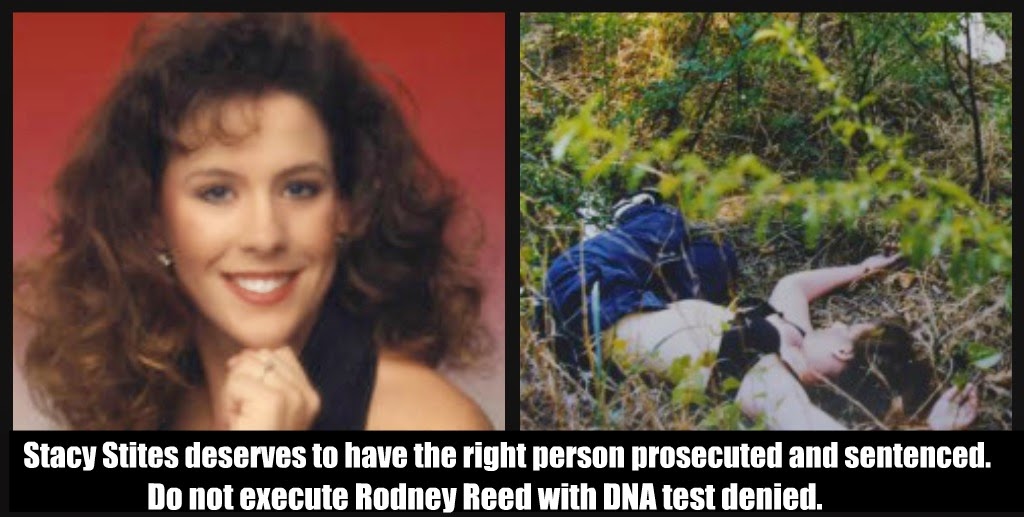 Racism lives in the USA's corrupt justice system. The Fifth Circuit Court of Appeals hears cases out of Texas. That court was made famous by Judge Edith Jones, who was subjected to a judicial review after numerous groups and the Government of Mexico filed an ethics complaint for her reportedly racist comments. Jones reportedly believes that denying condemned people a stay of execution forces them to repent and "save their souls."

RH Reality Check reports: Some of those comments included claims that certain “racial groups like African-Americans and Hispanics are predisposed to crime” and are “prone to commit acts of violence” including more violent and “heinous” crimes and that Mexicans would prefer to be on death row in the United States than serving prison terms in their native country, according to the complaint [filed by numerous human and civil rights groups]. Jones allegedly accused defendants who raise claims of “mental retardation” of abusing the system. Jones called claims that the death penalty is racist or arbitrary a “red herring.”
http://rhrealitycheck.org/article/2014/10/16/civil-rights-groups-appeal-dismissal-ethics-complaint-judge-edith-jones/

See more information about Judge Jones in the article, "Judge Edith Jones: Kill Inmates to Save Their Souls"
http://dmtruth.blogspot.com/2013/06/judge-edith-jones-kill-inmates-to-save.html

The Campaign to End the Death Penalty (CEDP), which launched Reed's petition, is a national grassroots organization dedicated to the abolition of capital punishment. It has active chapters and members across the United States—including California, Texas, Delaware, New York, and Chicago. To win abolition, we need to build a grassroots struggle. We believe that those who have experienced the horrors of death row ﬁrst hand–death row prisoners themselves and their family members–should be at the forefront of our movement. Their experiences help to shape our strategies.
http://www.nodeathpenalty.org/


******
This article was initially published in the Davis/MacPhail Truth Committee blog for our anti-dp organization. Seven(7) links are in this article. Please share it with your online networks. Copy and paste this link.
http://dmtruth.blogspot.com/2015/01/rodney-reed-innocent-death-row-inmate.html 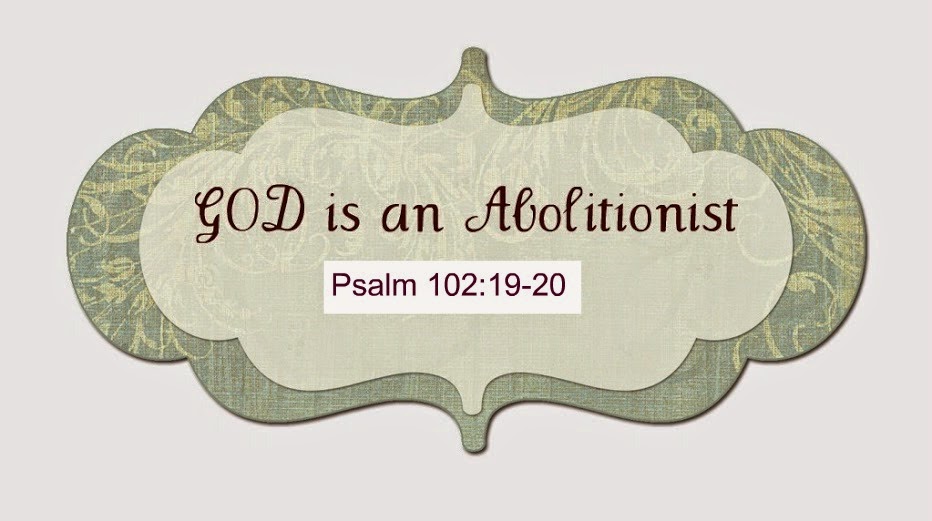 Posted by MaryLovesJustice Neal at 4:20 PM

Reed is almost certainly innocent. I say this because of the amount of cyber stalking that is done to this article. Ordinarily, the stalkers attack anti-capital punishment articles, but today's edits by stalkers were extraordinary. Therefore, I assure you that Reed is probably being used as a scapegoat. Don't allow this to happen without your objections, please. This article was also cross-published at EXPOSED - FreeSpeakBlog to increase publicity about Reed's denial of DNA tests that may prove his innocence. The U.S. Supreme Court caused the continuous struggles and denials of DNA testing when it ruled that Americans have no post-conviction DNA testing rights. Read more about the High Court's determination about that in another article, "How Important Is Innocence in Criminal Justice?"

A Georgia veteran from the Vietnam War who has severe PTSD is due for execution. He shot and killed a police officer after dancing a jig in the middle of the street. I will not advocate for his life partly because I live in Georgia, and I have enough trouble with stalkers following me online and in person and doing illegal home invasions to steal my court records, etc. AIMI vs. USA plans to bundle up to 100 cases to present to the International Court to prove the brutality and murders of persons who are sick and/or drug addicted. Please inform families of retarded and mentally ill people about our justice quest to win restitution for them, particularly mentally ill people who were killed under the color of law. See