Black, Get Back; Affirmative Action Banned 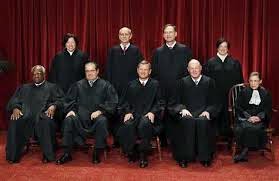 WASHINGTON — The U.S. Supreme Court on Tuesday, April 22, 2014, upheld Michigan’s ban on using race as a factor in college admissions despite one justice’s impassioned dissent that accused the court of wanting to wish away racial inequality.

The justices said in a 6-2 ruling that Michigan voters had the right to change their state constitution in 2006 to prohibit public colleges and universities from taking account of race in admissions decisions. The justices said that a lower federal court was wrong to set aside the change as discriminatory.