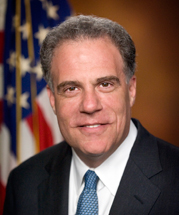 The NSA, FBI, The Cochran Firm, Shelby County, TN officials, and/or other criminals apparently interrupted my communication to Michael E. Horowitz, in which I filed an official Complaint against the United States Department of Justice on August 18, 2013. Mr. Horowitz was confirmed as Inspector General for the Department of Justice (DOJ) by the U.S. Senate on March 29, 2012. He was sworn in as the fourth confirmed Inspector General on April 16, 2012.

As Inspector General, Mr. Horowitz oversees a nationwide workforce of approximately 450 special agents, auditors, inspectors, attorneys, and support staff whose mission is to detect and deter waste, fraud, abuse, and misconduct in DOJ programs and personnel, and to promote economy and efficiency in Department operations.

There is a cyberwar against Mary Neal to prevent the world from knowing that whereas America wages wars purportedly for human rights, some federal government employees (the USDOJ) uses the resources of this country to deny free speech and freedom of press rights to prevent widespread knowledge about the secret arrest and murder of Larry Neal, a mentally, physically disabled man who died under SECRET ARREST in Memphis Shelby County Jail while that facility was under direct overview of the USDOJ following lawsuit against the facility by the USA regarding its pattern of abusing the rights of inmates housed therein. I was told on August 19, when I filed the Complaint, that I could expect a response within 30 days. Today when I called the office of the Inspector General, I was told that the office did not receive my Complaint for which I received a confirmation of receipt via Internet on August 18 and that I am to FAX it to Mr. Horowitz at 202-616-9881. I spoke to operator no. 3.
http://www.justice.gov/oig/hotline/thanks.htm
________
After sending the Complaint to the OIG on August 18, I emailed the following message to government officials:

Complainant incurred retaliation after filing suit against The Cochran Firm for defrauding her and her family regarding the wrongful death of Larry Neal.


Complainant has endured retaliation for making inquiries about Larry Neal's murder and for advocating for other similarly situated Americans (incarcerated mentally ill people and other prisoners whose human rights are violated, victims of police brutality, victims of court corruption and lawyer fraud, inmates who died or face death in correctional facilities by brutality, including execution). Retaliation include following, takeover of phones and computers, cyber terror, illegal editing of online communication, prevention of incoming and outgoing electronic communication, U.S. Mail tampering, police harassment, denial of free speech and freedom of press rights.


Complainant has been denied recourse regarding the secret arrest and murder of Larry Neal, harassment, and denial of free speech and freedom of press rights, persecution for filing lawsuit against The Cochran Firm, and has been victimized by crimes in addition to electronic takeovers, including:

1. home burglary (wherein only records related to Neals v. The Cochran Firm and evidence to be used in lawsuit against the USDOJ, Shelby County Jail, The Cochran Firm, corrupt courts, certain Internet companies, etc., were stolen)

2. sexual assault on Hattie Neal, Complainant's mother, by a person who impersonated a home health nurse to gain entrance to Hattie Neal's bedroom

5. fraud and perjury allowed in Georgia Superior Court and United States District Court regarding The Cochran Firm's fraud against the Neals in the Wrongful Death of Larry Neal civil matter

Complainant demands:
$300,000 in lost wages (Complainant was followed home from work each night by stalkers and denied police services. Complainant quit working in 2008. Complainant was denied Internet access to communicate with potential employers, denied access to income from Internet articles, etc.)
$4 million for secret arrest and wrongful death of Larry Neal in a correctional facility under the direct overview of the USDOJ, whose death was covered-up by the USDOJ, Memphis Shelby County Jail, and The Cochran Firm
$10 million in damages for terrorism, denial of freedom of press, free speech, stalking, monitoring, CoIntelPro-like surveillance, etc., during the ten years since the kidnapping and murder of Larry Neal
Total - $14,300,000

Samples of a few of the attacks against Complainant are available online at Justice Gagged blog
http://justicegagged.blogspot.com and other online sites, including videos at YouTube
http://youtube.com/jkempp703 and filed in police reports that are denied investigation at DeKalb County Police Department, Georgia.

ADDENDUM sent August 19, 2013, and emailed to the same parties above:

Addendum added today when stalkers kept me from sending Detective Moore the picture of the navy blue vehicle that looks exactly like the one that the nurse impostor drove to my home to sexually assault Hattie Neal, age 90:

Regarding the cover-up of a mentally, physically disabled inmate's secret incarceration and secret murder in the custody of Memphis Shelby County, TN Jail, I wish to clarify the USDOJ's role in the cover-up. This is an addendum to a complaint filed by Mary Neal.

1. When police admitted that Larry Neal, who had been in their secret custody for 18 days had died, Shelby County Jail was under an Agreement with the USA to report all inmate deaths to the USDOJ.

2. The USDOJ claims that Shelby County Jail made no such report about Larry Neal, yet the DOJ refused to investigate the murder in the jail where it had oversight.

3. The USDOJ went on to conduct release hearings for the jail in 2006, wherein it allowed the officials over the Memphis Shelby Co. Jail to enter perjury and forgery in the court records, by omitting any information about Larry Neal's kidnapping and murder in that facility.

4. Since 2006, I have been subjected to computer and telephone interference, and my 90-yr-old mother was sexually assaulted by an impostor nurse who probably came to our home to insert a poison suppository up her rectum in April 2013.

5. My home was burglarized in August 2012, and nothing was stolen but two boxes of files - hardcopies of our evidence of fraud and collusion between the USDOJ, Shelby Co. Jail, and police in GA and others to cover-up Larry Neal's murder in the jail.

It is criminal to act as an accessory to a murder after the fact by preventing disclosure about a wrongful death and terrorize and censor survivors. It is wrong to knowingly allow and accept false testimony and records in a U.S. District Court to help hide inmate abuse. This is what the USDOJ is involved in doing - protecting rather than prosecuting criminals.

I asked at Twitter where I am @koffietime WHY have an OIG over USDOJ if NSA stops complaints to him. These frauds, liars, and murderers do not want to stand up and say that Americans, especially blacks, have no respected right to life, privacy, and open communication, so they hide behind their technology and interrupt communication. Brazil is right to cancel its trip to the U.S. over the NSA surveillance violations. I am sick of being prisoner in my own home because stalkers follow me, police harass me, and online surveillance accosts all of my communication in order to hide murders and abuses. GO AHEAD AND ADMIT BEING THE SONS AND DAUGHTERS OF SATAN. See the tweets below

Receipt from OIG. Apparently, it is a fraud.
http://www.justice.gov/oig/hotline/thanks.htm

Thank you for your submission.
Posted by MaryLovesJustice Neal at 3:10 PM