'I’m confirming, per US Embassy, on bhalf of family, the tragic death of Malcolm Shabazz, grandson of Malcolm X.' ~Terrie Williams on Twitter
http://www.eurweb.com/?p=327943

The news outlet, citing the US Embassy as the source of the information, is reporting that Shabazz, 29, was killed today, Thursday, May 9. The report says he died from injuries sustained after being thrown off building as he was being robbed in Tijuana, Mexico. 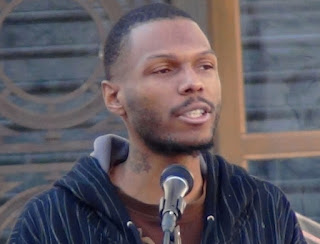 Malcolm published a letter exactly two months ago about his detainment in February, which prevented his trip to Iran. He planned to join people gathered there for an international media conference. See Shabazz's last letter to the public:

The reported death of Malcolm Shabazz is unsubstantiated at this time. Hopefully, the report about his murder is untrue. If it is true, we send condolences to his family members who already suffered so much.

Malcolm Shabazz complained about his censorship, like I do. We were to be guests together on an online radio show on July 9, 2012, arranged by Dr. Randy Short. The stalkers allowed me to speak a little at first, but they never did let Malcolm on the line. Dr. Short left the conversation to see if he could connect Malcolm using three-way calling, but then he also had trouble reconnecting. I started tweeting about the stalkers censoring free speech in America at Twitter and on my Facebook wall. Finally, Dr. Short was allowed to join us again, but Malcolm never was. Here is one of my @koffietime tweets about that incident:

@MumiaAbuJamal Malcolm Shabazz & I were kept off this @Blogtalk show tonight http://www.blogtalkradio.com/sayyourpiece/2012/07/08/i-will-surprise-you … re increase in post-Holder #racism in USA  9:49 PM - 7 Jul 12

I spoke about that radio interview that didn't happen when interviewed recently by PressTV about Malcolm Shabazz: "Malcolm Shabazz Arrested a Few Months Before Death." They may let you see/hear it.
http://www.presstv.ir/usdetail/303013.html

Why: we continue to have a lack of and/or conflicting information, concerning the death of Malcolm Shabazz on May 9, 2013.

I am working with a contingent of organizations that will go to the Mexican Embassy in DC to find out the truth. Razakhan Shaheed who represents The Philadelphia Innocence Project, Pam Africa who represents The International Concern Family and Friends of Mumia Abu- Jamal and Basiymah Muhammad 4th Assistant President General of the World Body of The( UNIA) United Negro Improvement Association and Philadelphia President General of (UNIA) Mshindi, and Dr. Randy Short who represents Black Autonomy Network Organization, International Human rights Association for American Minorities, the Anti-Depo Provera Clergy Coalition We will be meeting at the Mexican Embassy, 1911 Pennsylvania Ave., August 16th at 10:00 am. All those that are interested meet you there, if you need more information contact me. 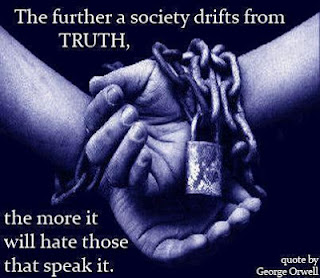 Posted by MaryLovesJustice Neal at 6:45 PM