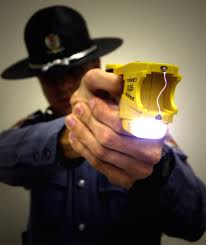 (Sept. 17, 2012) A 60-year-old man who had long suffered from bipolar disorder died in a jail cell Friday evening, hours after police tased him and placed him in isolation. Bill Williams was arrested for shoplifting at a gas station in Snohomish County, Washington. He had recently stopped taking his medication, and his family said they called the police and his case manager the previous week saying he needed to be hospitalized, but were ignored. KIRO 7 Eyewitness News reports:

“His life was so difficult. Anyway for it to end like this, and die alone in his cell, is just incomprehensible,” said Williams’ daughter, Trina Blau. “There’s a hospital right there where they could have shot him up with a sedative to figure it out. Instead, they shot him with a Taser and he’s dead.”