Open letter to the 112th Congress. This letter is only for Christians or those who departed from the faith. Others may not understand. (Two photos and three links are with these eleven(11) paragraphs, not counting those within the tweets. My @koffietime tweets since New Year's Day are posted below. At least, I put them there.)

Dear Representatives of The People of the United States of America:

3. --- SOPA is to prevent the People's victory over corporate and government misdeeds, which victory can be accomplished by applying Genesis 11:6. The Bible says UNITY equals VICTORY. Genesis 6:2,4 beings KNOW that God is real and His Word is true. Our application of Genesis 11:6 is their greatest fear. While Genesis 6:2 beings throughout the world convince millions of people there is no God and that Jesus was a mere man or a myth, they invest trillions in sophisticated weaponry not just to fight earthly foes, but to fight Jesus. They know He will return and plan to defeat Him at Armageddon, but THEY WILL LOSE AND GO TO HELL.
4. --- SOPA and NDAA are spiritual warfare tools to prevent unity among people and enslave the masses. They know real democracy is now attainable because computers unite us all under one language. Genesis 11:6 sets unity of purpose under "one language" as the only prerequisite for victory over oppression. If anyone in Congress did not know these things, please recognize now who and what you serve by voting for such bills as NDAA and SOPA. Those are satanic bills and directly against God, because they can be used to enslave the masses and make genocide possible. By putting the Internet under the Attorney Generals' office or any government entity, it would be possible to hide crimes against humanity until it is too late for peaceful protests to be effective.  The 18 days of secret arrest and murder of my mentally, physically disabled brother in 2003 prove mainstream media will keep secrets for government officials who lack respect for human life and open disclosure. My unbridled stalking online and in person reveal that government officials charged with protecting citizens' civil and human rights will and do ignore their responsibilities and allow or participate in crimes to censor,  intimidate, and persecute citizens for exercising their basic First Amendment rights. In fact, Americans' citizenship could be removed under pending Senate Bill 1698 and H.R.3166 in order to intern scores of innocent people in military detention without any opportunity of defense. Perhaps none of our present congresspersons and neither the 44th president nor Justice Department officials would misuse the power under NDAA and SOPA for mass arrest or genocide and censorship to hide it, but it is irresponsible to make such power available for unknown future officials. I beg you not to do this.

5. --- "If my people will humble themselves and pray..." God made promises, and He is trustworthy. I urge Congresspersons to reject SOPA even if you promised to support it with your vote, and God will protect you. He is Able. Remember one of the first songs you learned as a child, "Jesus loves me, this I know; for the Bible told me so. Little ones to Him belong; for we are weak, but He is strong." He is really strong, and He offers you His protection for doing the right thing by billions of people. Revelation foretells of genocide on a scale that has never happened before, killing billions of people. Even those representatives who departed from the faith should have a sense of responsibility that is more pronounced than people who were never taught the importance of integrity and honoring a trust. Please do not allow yourselves to unwittingly be made a part of that great Revelation slaughter. I am praying that your courage grows. You were chosen for a time such as this. Please stand strong and do not the most expedient thing but the right thing (MLK). Vote 'no' on SOPA. Hell is forever. Sincerely, Mary Neal

6. -- UPDATE: "The 112th Congress just passed SOPA, the 'Stop Online Piracy Act.'" How did reading that make you feel? It would be a good idea to stop piracy and save freedom of press in America. "Piracy" is defined as an act of robbery or criminal violence. SOPA means, "Goodbye, freedom of press." God bless us all if Congress passes SOPA despite objections by over 90% of the People they promised to represent.

7. --- I am impressed that SOPA is freedom's threat during King Week and that Senate Bill 1867 for indefinite military detention without charges has digits for the year that black men were allowed to vote for the first time (in the District of Columbia only). What backward strides our country is making! Such coincidences as these are extremely disconcerting for this African American. Their jokes are not lost on me. Ironically, Senate bill 1867 passed on 11/30/2011, and the numbers in the date equal the number '9.' Pres. Obama signed NDAA on 12/31/2011. Adding that date's digits yields the sum '11.' Eleven is a relevant number for NWO numerology, some say.  Together, the dates related to NDAA read '9/11.' I made this article have exactly 11 paragraphs as a return joke. A sense of humor helps in times like these. 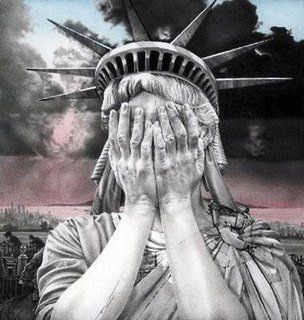 11. --- Below are tweets from my @koffietime Twitter account since New Years Day. I am denied the right to a 'follow me at Twitter' button at my blogs, because I am "America's Most Censored, Mary Neal." Google that article to find 13 reasons why.

UPDATE 1/17/2012 - MY PREVENTED TWEET TODAY. The tweet below posted at my profile page, not to my home page. That means it likely did not go to @DefendWisconsin or @ACLU or to my followers' pages and lists that follow me at Twitter: @DefendWisconsin @ACLU Repeal NDAA. No campaign contributions to NDAA supporters & BOYCOTT corporations that support them for re-election.
3 minutes ago 14,187Tweets

@thehill A mom reads to her son during King Week: "Somewhere I read about freedom of press ..." The boy exclaims, "Mom, U really HAD that?"
2 minutes ago

Welcome @NAMIHowardCo - See ASSISTANCE TO THE INCARCERATED MENTALLY ILL care2.com/c2c/group/aimi the Dorothea Dix Gp. for treatment, not prisons
3 hours ago

@
@SMPcriminallaw @NonprofitOrgs What will criminal lawyers do since no criminal charges are needed in USA under NDAA to get mo prison labor?
3 hours ago

The prospect of the righteous is joy, but the hopes of the wicked come to nothing. Psalm 10:28
4 hours ago
Retweeted by koffietime

With a bounty of 60 mil. on his head, Father Z. says, "But I cost more than that, I cost the blood of Jesus Christ." bit.ly/AcGEjb
3 hours ago
Retweeted by koffietime

Please Say A Special Prayer For Our POW – MIA “You Are Not Forgotten”. #POWMIA #NotForgotten #SOT #Military #HonorTheFallen
23 hours ago
Retweeted by koffietime

Worry, whatever its source, weakens, takes away courage, and shortens life. - John Lancaster Spalding
3 hours ago
Retweeted by koffietime

The Price of Big Government: America Again Drops in Global Ranking of Economic Freedom bit.ly/xzuHZO
6 hours ago
Retweeted by koffietime

@MLKDay Who do U think NDAA and SOPA will affect first & most drastically? NO MORE POLICE BRUTALITY VIDEOS.OPEN SEASON! goo.gl/J51I5
4 hours ago

@ACLU U say, "Liberty cannot defend itself." What liberty will be left to defend w/ NDAA abolishing fair trials & SOPA for Nazi censorship?
4 hours ago

CYBERDOGS FOUGHT THIS POST: SOPA heads to a vote, even journalists want to stop it washingtonpost.com/blogs/blogpost…
4 hours ago

@hrw @AmerWorker Gen 6:2,4 boast: We conquered USA without firing a shot. It was the old 1,2 punch: NDAA then SOPA. Bill of Rights is toast.
4 hours ago

@BlackThought @blackvoices @MLKDay If I lived N China or even Russia, maybe I could understand some of these ILLEGAL injunctions [like SOPA]
4 hours ago

@Google @Facebook @Twitter 'threaten blackout over anti-piracy act' goo.gl/aX7Gx Do WHATEVER it takes to fight Gen.6:2,4 beings.
4 hours ago

@Google Despite NDAA and new threats S.1698 and H.R.3166, I'm on the Battlefield for My Lord youtube.com/watch?v=_LYFVJ… #ChristianPersecution #GOD
11 Jan

@AP Captured VIDEO PROOF that SOPA is to wipe the Word of #God off the Internet. My last tweet NEVER posted on my hm pg or anyone elses.
7 Jan

@GeronimoSalina1 I requested my FB friends who plan to re-elect any NDAA supporters to please say goodbye & unfriend me goo.gl/v4BZ9
7 Jan

@ComedyCentral I have some hilarious material. The Cochran Firm frauds say, "If U have no defense, say U don't exist!" goo.gl/gdSnJ
7 Jan

@PFADP @ItsNeecie NDAA is much power for one man. Report says he thinks "radical Christians" are a THREAT goo.gl/FnECm #Jesus #camps
7 Jan

@BlackMediaSCOOP I'm worried abt Tea Party people and the reps who tried to get rid of Holder becuz NDAA passed: goo.gl/q7zmm #Camp
7 Jan

@activistwriter Did you get my email yesterday? I'm America's Most Censored, so I must check justicegagged.blogspot.com/2011/11/americ… See goo.gl/8sbHi
4 Jan

@WorldinMotion PREJUDICE voters - black and white - think race & party matter in candidates. Silly. They vote TOGETHER against the 99%. #sin
4 Jan

@RippDemUp A white GOP might answer my ltr becuz he wouldn't want 2 be perceived as prejudice against AfAms. Not Holder goo.gl/uo6se
4 Jan

God is the God of promise. He keeps his word, even when that seems impossible; even when the circumstances seem to point to the opposite.
4 Jan
Retweeted by koffietime

@Google I discovered that when stalkers turn my link fonts grey as they were doing to Hickman's video links, they won't link on cellph view.
4 Jan

@Google CoIntelPro stole my BOYCOTT photo 4 all of my BOYCOTT 4 JUSTICE articles except one! freespeakblog.blogspot.com/2011/04/boycot… That's why I'm suing USA
2 Jan

@Google @OccupyWallSt @OWSAtlanta @RCdeWinter SOPA says, "SILENCE, AMERICA. You're in the presence of the ONE PERCENT."
2 Jan

@TheTechJournal @LeadToday @BlackcatProwl @TPPatriots SOPA says "STOP AND THINK BEFORE YOU WRITE THAT ONLINE: Will AG Holder like it?" #free
2 Jan

@smartinvestor After SOPA, Internet traffic will be directed away fr yo business to yo competitors who make larger campaign contributions #$
2 Jan

@
@kennysilva Fight fascism 4 freedom! #NDAA #HR3261 No allied forces or Union Army will rescue us if we go into slavery marylovesjustice.blogspot.com/2011/12/ndaa-b…
2 Jan

@thehill When we demand equal justice, that is not to say negate justice for all races. That's equal in the wrong direction. Reject NDAA.
1 Jan

@AP #NDAA Indefinite military detention for ANYONE without criminal charges and opportunity to prove innocence is EVIL goo.gl/ovYFt
1 Jan

@blackvoices @TheBlackList #HappyNewYear LIFT EVERY VOICE AND SING by Rene Marie youtube.com/watch?v=cy_R0O… Liberty and Justice for ALL!
1 Jan

@ifeelgod #HappyNewYear - We don't know what tomorrow holds, but we know Who holds tomorrow. The Lord's on our side! youtube.com/watch?v=xlMdAk…
1 Jan

Posted by MaryLovesJustice Neal at 6:35 PM