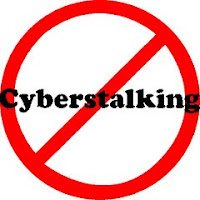 (7 paragraphs, 10 links)   Frauds think they can escape public exposure by censoring me. See my Google profile page, which is rendered invisible most of the time, and other times only one paragraph shows - http://www.google.com/profiles/MaryLovesJustice

My disappearing Google profile proves censorship in America is probably worse than in other countries. All I write about is the need for equal justice and human rights.  See the data cyberdogs are hiding at this blog published in July 2010 - "CENSORSHIP ALERT: Mary Neal's Google Profile Rendered Invisible." (They MAY let this link work - check and see.)


Where else are handicapped citizens like Larry Neal secretly arrested for weeks, murdered, and survivors' pleas for accountability are hidden by cybercensorship? While covering-up Larry's murder by police, the government drags Americans like Cameron Willingham onto lethal injection tables for unproved crimes.  My Google profile is hidden behind the Iron Curtain of censorship to contain the news about Larry's death and the cover-up and other injustices - http://wrongfuldeathoflarryneal.com/

Were Larry Neal and Savannah police officer MacPhail created equal? U.S. officials do not think so. How do they choose which murders are investigated and prosecuted and which are covered-up?  Why is the "injustice" system anxious to execute Troy Davis for the UNPROVED crime of murdering Officer MacPhail while the DOJ refuses to even ask Memphis police WHAT HAPPENED TO LARRY NEAL?  It is wrong for officials who care zero about justice to have the power to execute citizens.  It is wrong to wage wars with other countries supposedly over human rights violations when dog abuse matters more to officials in the USA than handicapped citizens' murders.  The issue cyberdogs are used to prevent me from publishing online is HYPOCRISY.

The U.S. should either be what it says on paper or retire such phrases as "equal justice" and "non-discrimination"  and "citizens' rights."  Americans are probably lucky officials still want to pretend, though.  The day they stop acknowledging we have Constitutional rights, whether or not those rights are actually protected, they may start interning people in concentration camps, six of which were proposed under federal bill H.R.645, introduced in Congress in January 2009 by Rep. Alcee Hastings [D-FL23] - The bill was co-sponsored by

The upcoming elections will show how well this news was censored.  Artur Davis is running for governor of Alabama, and other H.R.645 sponsors are seeking re-election.  Can you believe it?  Officials who want to imprison you and your families for such offenses as refusing to take H1N1 shots (according to the Massachusetts Martial Law bill) plan to "represent" you again.  Probably most of the Massachusetts legislators who made Martial Law plans that include FEMA centers for their constituents are also seeking re-election.  Will people in Massachusetts need to go through checkpoints to leave the state, or do all the states have Martial Law bills?  How about this for a "get rich quick scheme"?  Win an election, buy pharmaceutical stock (or accept gifts), then arrest millions of people if they refuse to take the medicine.  Summer won't last forever; it will be flu season again soon.

Why am I distrustful? For one thing, H.R.645 is in Congress.  It is not a conspiracy theory but an actual congressional bill. Also, it has a lot to do with my brother, Larry Neal, being secretly arrested for 18 days and murdered in 2003, then my family being refused any records or accountability despite federal subpoenas and requests under the Freedom of Information Act for seven years.  That doesn't seem very Constitutional to me.  Nevertheless, I am hopeful, too.  Until last year, I had hoped that the U.S. Department of Health retired from medical experiments in the 1970's when the Tuskegee Experiments that began in 1932 ended.  Since I write about such subjects, there is no wonder why cyberdogs hide my Google profile and put my home PC on an illegal workgroup domain to control my input. After I started filming real-time cyberstalking and published some of the videos at my YouTube channel - jkempp703 - the illegal domain administrator prevents me from going online using my PC altogether.  I leave it in that condition to do a forensic analysis on it and possibly trace the cyberstalkers.  Meanwhile, I mostly use public computers, and cyberstalkers sometimes interfere with my input there, also.  Free speech and freedom of press are the first rights to go when things get ugly.  I am surprised WikiLeak gets to publish online at http://wikileak.org/

Assistance to the Incarcerated Mentally Ill
http://www.Care2.com/c2c/group/AIMI
.
Posted by MaryLovesJustice Neal at 6:47 AM

Thanks for your interest. I have been prevented from updating my Google profile since November 2009. That level of control became possible when censorship force took over the administrator's role on my P.C. and put it on an illegal workgroup domain. However, making my Google profile invisible online is NOT something cyberdogs can do by taking over my individual computer. They have to also compromise Google's security to do that trick, I believe. Learn more about our First Amendment rights in this article: